Trevor Noah debuts as host of The Daily Show 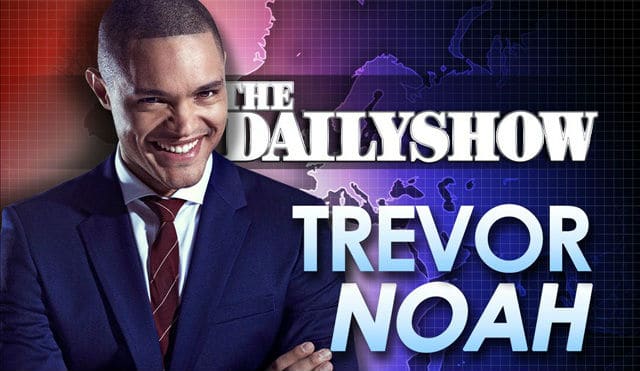 Trevor Noah made his debut appearance as the new host of The Daily Show, an American news satire programme and it couldn’t have gone any better for the South African comedian. His guest was U.S comedian Kevin Hart.

Social media has been abuzz with mostly congratulatory messages and positive reviews of the debut.

Fans of the show in Africa will have to wait a bit longer to watch this piece of history as the show will be broadcast in Africa this evening on Comedy Central Dstv. Comedy fanatics are already celebrating September 29 which has unofficially been declared “Trevor Noah Day” or #TrevorDay.

The debut is special for Noah, South Africa and the continent’s growing comedy industry. When he landed the job, Noah couldn’t hide his shock, “You don’t believe it for the first few hours,” he told NY Times.

There has been concern whether Noah would live up to the reputation of his erstwhile host, Jon Stewart since it was announced in March this year that Noah would replace Stewart as host of the show. Although it’s early days, reviews on social media suggest Noah is holding his own.

Despite the largely positive reviews of the debut, other critics feel there is need for improvement with deadline reporting: “So the writing and the delivery have a way to go, and how could they not? It was opening night. There were no fatalities”.

12 minutes into his career Trevor Noah will be overly & often insanely sliced & diced. That being said, solid double in his first at-bat.

A dream start for Trevor Noah on 'The Daily Show' http://t.co/NtnK60QFuw pic.twitter.com/IYeibM5L9E

Related Topics:African rising
Up Next