A western reporter searches for nuance in Soweto
Advertisement 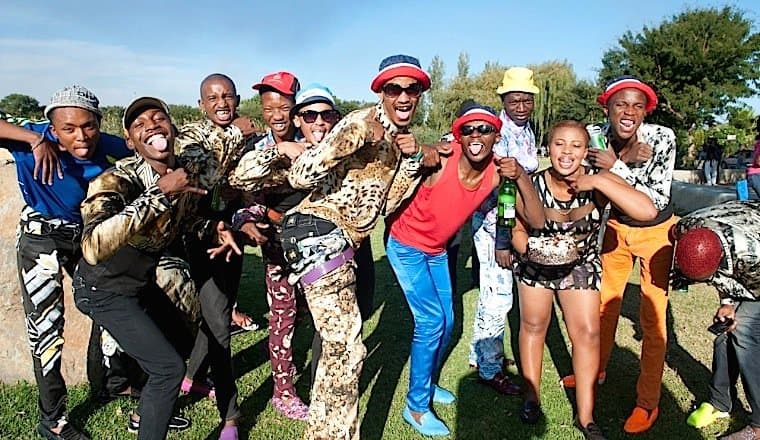 My first impression of Soweto was not what you’d expect. It wasn’t dirt roads and potholes and shacks. It was the imposing Virgin Active gym I saw when I first arrived.

This gleaming beacon of development and capitalism had a strong effect on me not because it was wildly ironic or incongruous. On the contrary, it seemed just right nestled along one of Soweto’s bustling thoroughfares. Its presence was the perfect reminder with which to start the reporting project I was embarking on.

I was living in Cape Town when I first heard about the Soweto subculture known as izikhothane, which I subsequently wrote a story about, recently published on Slate.

From afar, the culture sounded outrageous and improbable and delicious to my writer’s imagination. Before I boarded a flight to Joburg, I scoured Twitter hashtags and YouTube videos to find examples of what I was getting myself into. In all honesty, I was nervous that I’d be able to pull it off.

When I got a call from the highly capable fixer that I hired telling me there was a skhothane dance-off scheduled for the Saturday I was set to arrive in Joburg, I let out a sigh of relief. The journalism gods were throwing me a bone in the form of the perfect setting in which to start the reporting for my story. Things were going to work out.

Reporting trips are funny things. While rarely dull, every ounce of enjoyment is punctuated by a pit-in-the-stomach feeling that if you leave this trip without getting what you need to write your story—be that through chance, luck, sheer force of will, or some combination of the three—you are completely screwed.

The 18 Boys, a rival crew of The Commandos, speak to the reporter about what it means to participate in iziKhothane culture. Photo: Ntsane Thabo Monaheng

Early into my trip, I learned that the skhothane culture my story was focused on had evolved into something quite different than what I’d pitched to my editor. It was less spectacular in visual terms, but more interesting in human ones. As a writer who is fascinated by the insularity of township culture I was eager to learn more. However as a journalist who was contracted to deliver a story for an American print magazine, I was anxious. My editors were not pleased at this development and the pit in my stomach grew deeper by the hour.

I sought out advice from two female filmmakers more experienced than I am. As self-described ‘guerrilla filmmakers,’ when they’re on a shoot they stay with local contacts or couch-surf, carry all their equipment, and use public transportation rather than renting SUVs. For that reason, their work has locally aware quality I admire. They too had experienced situations where the reality on the ground didn’t match up to what the client or commissioner wanted. In one case, on a shoot at a Rwandan refugee camp, they were told that their “pictures did not convey well enough how poor the people are.” Nevertheless, they gave me good advice: commit to my reporting process wholeheartedly and deal with questions later.

The skhothane crew known as ‘The Commandos’ party with revellers in Thokoza park near Moroka dam. Photo: Ntsane Thabo Monaheng

So that’s exactly what I did. During the week or so I spent reporting in Soweto, I interviewed my sources while crammed into the backseat of a VW, spoke to their mothers, used the bathroom of their neighbours, and through all that and more, got a window into lives that are very different from my own. That kind of reporting is challenging, unpredictable, completely engaging, and you finish your day feeling like you really deserve a pint of beer.

I left Soweto with a fondness for it, but also with the awareness that it is complicated and defies a monolithic explanation. I wanted my story to convey that slightly off-kilter sense of possibility I felt in Soweto, and more importantly how that manifests in the lives of the skhothanes growing up there. The fact that my sources were, in relative terms, poor, didn’t strike me as the most interesting part of the story, so I didn’t make it the focus of my piece.

But alas, when it comes to Africa, the western media very often deals in absolute terms. When you pitch stories to editors who sit in offices in New York, LA or London, Soweto means one thing: homogenous poverty. That very banal space between lacking in incidental funds, but not necessarily being hungry, destitute, and living in a shack does not drive clicks. We don’t often think of life in places like Soweto as being just as complicated and multilayered as anywhere else. Therefore, stories like the one I wrote struggle to find a home.

The more time you spend in Africa, the less tolerant you become of the way most westerners talk about it and how media sources very often write about it. This being my fourth trip—once as a tourist, another as a study abroad student, and twice as a writer—I promised myself at the outset that I would not, under any circumstances use cringe-inducing phrases like “ramshackle housing,” “sprawling, dusty township” or “abject poverty” in any of my stories. When I found myself facing a third rewrite of my skhothane draft at the request of the commissioning editors, I came to a realisation: I couldn’t write the story they wanted to read without breaking the spirit of that rule.

Those editors graciously allowed me to take the story elsewhere and in the end, I can say I’m happy with where my story ended up. However, I learned through this experience that getting non-reductionist African narratives published in western media outlets does not happen by default.

Journalism is tricky business. As practitioners, we are flawed humans telling stories about other flawed humans. I often try to mitigate that trickiness by remembering something my journalism mentor once told me me: you write a story to appease one person and one person only. That person not your source, it’s not your editor, it’s not your publisher, your agent, or or mom. It’s your reader.

For western journalists working in Africa, I think it’s time that we expect more of our reader. They don’t just want to hear about Africa in absolute terms. They can hold multiple ideas in their head at once. Not every character has to be easily categorised. They can handle nuance.

After all, the sources of our stories live where we all do: in the grey area.

Related Topics:Culture South Africa
Up Next

Who should write the stories of African women?