What is the point of art? 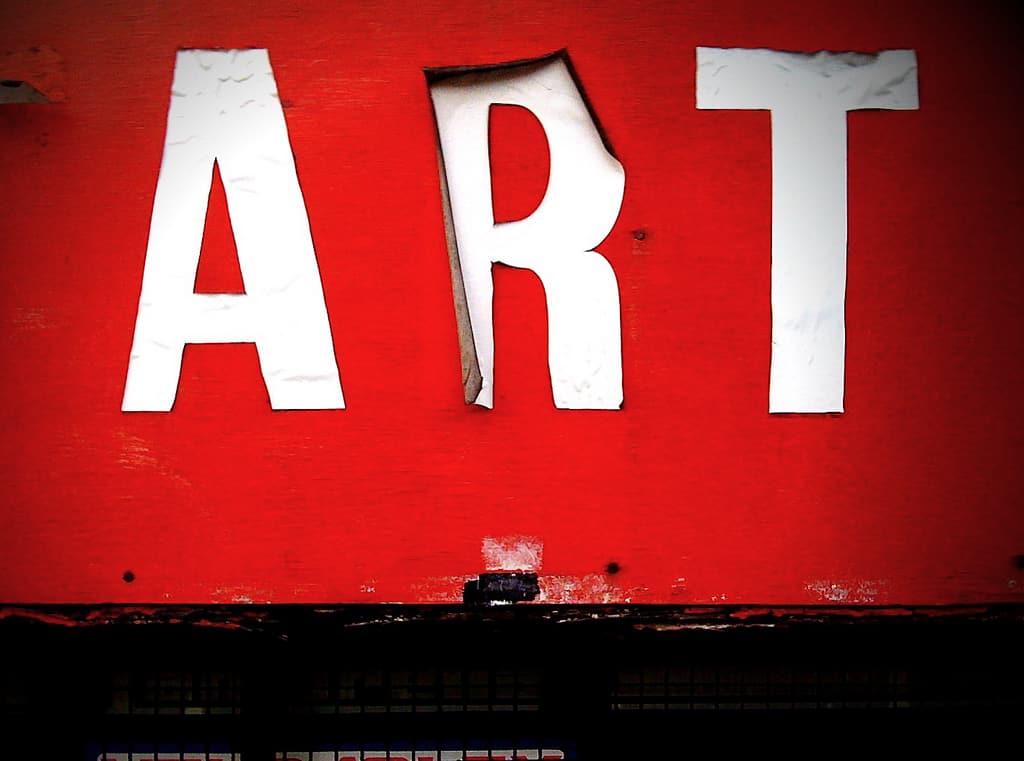 There is a culture amongst us of trying to speak to what artists should and shouldn’t be doing. Perhaps this comes from the fact that art is often created for public consumption. Art actually does not have to have a purpose – even though it often does. Although art can sometimes be instrumental, that fact is not essential to its nature.

What art is ‘good for’ comes from it being an end in itself, or, more accurately, the symbolisation of many different things that are valuable for their own sake. Art is a response to the world. It is often an attempt to capture an aspect of the world, to draw attention to it, to comment on it and to present a surprising or fresh angle on it.

One of the things that art does is extend and expand our shared common visual language.

That said, I’m a big fan of artists who have the intention of putting their creations to work, but I also respect those who create for the sake of creating. My fear for the latter is that they are often the ones whose art we witness die at the hands of fame or even the need to meet one’s financial needs. While there is nothing wrong with making commercially viable works of art, all too often we witness some artists lose a certain flair once they get that one ‘big gig’.

When art is created for a purpose in society, it is my opinion that politicians and church leaders should fear the artist. They should be aware of the power the artist has to paint or to sing in response to their actions. However, what we are seeing today is many of our artists being invited to perform at political rallies and the like.

Read: In the good old day when African culture was…

Art is a response not only to things in the world but also to experiences of the world, experiences that lie inside the artist. Art is also often an expression of what pushes up from within the artist, in the realm of thought and emotion, without being prompted by externals.

One of the things that art does is to extend and expand our shared common visual language. When new visual ideas are first introduced by the artist, they are often seen as shocking; perhaps even incomprehensible. When Ayanda Mabulu first entered the public scene, he exhibited The Spear , a painting in which President Zuma’s genitals were exposed. Some people were angry and called him disrespectful while others began to engage with the questions that the painting prompts, such as, “Why would an artist feel the need to paint the president in that light?” However, once the shock is gone, we absorb this visual data into our own vocabularies, even if it is/was controversial. Artists continuously show us new ways to see familiar things and how to interpret new situations.

“Propaganda has a negative connotation, which it partially deserves, but I think there is some propaganda that is very positive. I feel that if you can do something that gets people’s attention, then maybe they’ll go and find out more about the person.”

In the case of Mabulu’s latest painting, showing Zuma and a Gupta as co-pilots in a plane that is about to crash because they are distracted from their piloting duties by ‘pleasing’ each other, the propaganda purpose may be one we either approve of or disapprove of. Whatever the case, the power of visual images has frequently been used to persuade masses of people to accept beliefs, take action, or follow leaders.

Interrogate your own response

As the American street artist and activist Shepard Fairey says: “Propaganda has a negative connotation, which it partially deserves, but I think there is some propaganda that is very positive. I feel that if you can do something that gets people’s attention, then maybe they’ll go and find out more about the person.”