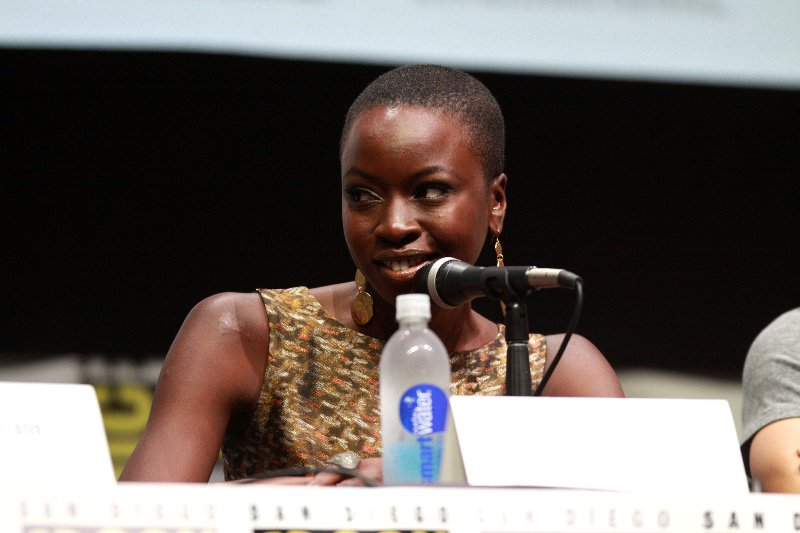 Star of the The Walking Dead, Danai Gurira has landed a role in the Marvel Comics superhero movie, Black Panther, set to be released in July 2018. The Zimbabwean actress joins other famous Hollywood stars including Kenyan Oscar-winning actress, Lupita Nyong’o, Michael B. Jordan and Chadwick Boseman.

Gurira will play the role of Okoye in the movie while Nyong’o will play Nakia. Jordan will feature as Erik Killmonger and Boseman will reprise his titular role, also known as T’Challa, the first black superhero in mainstream comics in America.

Black Panther is a film about a fictional African country, Wakanda. It will be directed by Ryan Coogler whose 2015 film, Creed was well received. Coogler will be reuniting with his Creed leading man, Jordan, in Black Panther.

Read: Tony Awards, it won’t matter if Danai Gurira wins or not

Playwright and actress, Danai Gurira, was born to Zimbabwean parents in Iowa, United States, on 14 February 1978. At age five, she relocated with her family to Harare, Zimbabwe, after the country gained independence. After high school, Gurira returned to the United States to continue her education. She holds an MFA in acting from New York University’s Tisch School of the Arts.

As an actress, she is best known as Michonne on the popular TV series, The Walking Dead. She played rapper, Tupac Shakur’s mother, Afeni Shakur in the yet to be released biopic of the late rapper, All Eyez on Me.

Gurira has written several plays, including, Eclipsed, which follows the lives of five women struggling for survival during the Liberian civil war. The play, featuring an all-black cast (including Nyong’o) and creative crew, received six nominations for the 70th Tony Awards, including a nomination for Best Play.

Under the influence of … Bob Marley, the timeless music man

What is the point of art?