When I grow up I want to be corrupt!
Advertisement 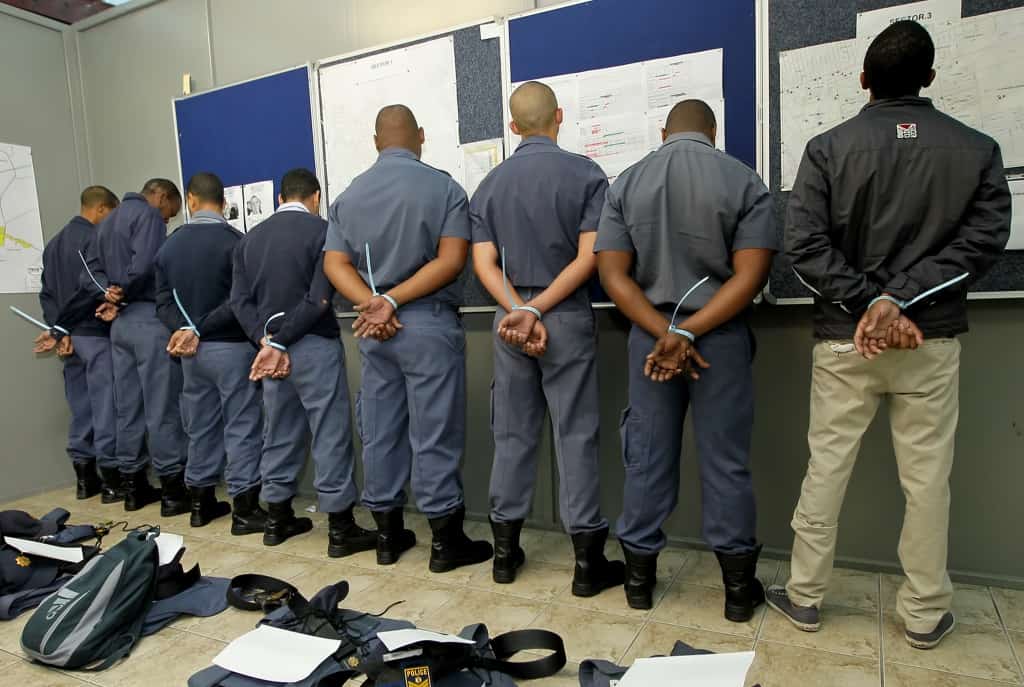 A lack of accountability by senior officials and politicians, combined with perceptions of high levels of corruption, could prove detrimental to the future prospects of young South Africans.

Between February and August last year, the Institute for Security Studies (ISS) undertook research to better understand the factors that influence the voting behaviour of young South Africans between the ages of 18 and 24. We spoke with students and learners at further education and training colleges, universities and schools in both rural and urban areas across all nine provinces.

Preliminary findings of this research study indicate that young South Africans are increasingly conscious of fraud and corruption and the negative impact it has on their future. However, for some young South Africans the perception has been created that a job in government means access to lucrative business and an ‘easy way’ to make money.

When asked about her interest in politics, a 19-year-old student in Mpumalanga responded that, ‘I want to use the money as Zuma is using it.’ An 18 year-old student in Limpopo told us: ‘I would like them to stop doing corruption. There is a saying that “a leader leads by example.” If they engage in corrupt activities, it means that we, too, need to engage in corruption.’

Another 19-year-old student from the Northern Cape said that corruption is ‘not really a problem,’ adding that ‘it’s just the method of corruption… Stealing will always be there; it’s just that instead of stealing a large amount of money at one time; rather steal a little bit over a long period of time.’

Other participants in the study expressed their concern and dissatisfaction with corruption. For example, one 20-year-old student in KwaZulu-Natal said, ‘the most important problems in South Africa are corruption and crime. We find that our leaders, which we choose, which we trust… they are the ones that betray us and they are the ones that are corrupt. For example, there are people, powerful people in the media lately who are involved in corruption scandals. Yet you find that they are only prosecuted for a short period of time. This shows that our system is not doing much to try and eradicate crime in our country.’

There is a serious lack of accountability by senior officials and politicians. The leaders which the people choose and trust are the ones betraying the people by being corrupt

Agreeing with him, a 19-year-old student from the Western Cape said: ‘I think the most important problem that we have in South Africa is corruption. Most of our officials are corrupt. Yet they are supposed to be our role models. They are the same ones who are saying that crime should not be supported and that crime should be fought against. They are doing the same crime that they claim to be fighting against – which is corruption. They are not even scared to go out to the crowd to tell them to vote, while it is obvious that they are eating the taxpayers’ money. They stay in fancy hotels and drive fancy cars.’

These examples underline the pressing importance of holding political elites to account. The 2012/2013 national crime statistics showed that reported commercial crime cases, which include crimes such as corruption, fraud and theft, increased by 4% from the previous year to a total of 91 569 incidents. The 2013/2014 national crime stats showed a decrease from the previous year by 13.6%: a total of 79 109 incidents.

The latest 2014 National Victims of Crime Survey (NVCS) results show that the number of households who have been asked by a government or public official to pay a bribe (money, a favour or a present) for a service that he/she was legally required to perform, has more than doubled since 2012 at 4% to 10% in 2014. The results in the 2014 NVCS also show that a large majority (43%) of households believe that it is pointless for them to report instances of corruption because ‘nobody will care’.

Regarding instances of fraud, similar results were shown with a growing number of victims choosing not to report cases of ‘consumer fraud’ to the police. In 2012, 26% of fraud victims reported the incident to the police, while in 2014 this dropped to only 15%. So while the number of commercial crimes showed a decrease of 13.6% during the 2013/2014 period, there has been a 41% reduction in the number of reported ‘consumer fraud’ cases during the same period. This suggests that these commercial crimes are likely to be increasing and that such an increase is not being recorded by the police.

For some young South Africans the perception has been created that a job in government means access to lucrative business and an ‘easy way’ to make money. Photo: Reuters

Young people need to know that there are consequences for perpetrators of corruption, and that they can play an active role in the fight against corruption. In this way we can change the perceptions of young South Africans and build confidence in the government.

A girl’s hopes for Women’s Day