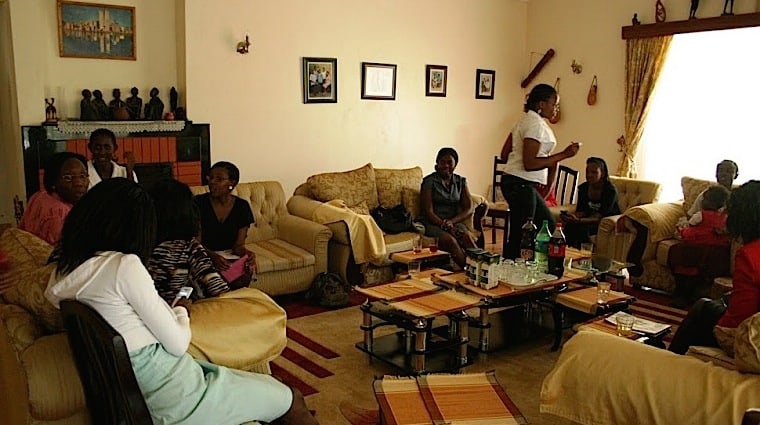 You can learn a great number of things from the average bachelorette party. You might learn which of your friends are ‘tanks for tequila’, for instance, or which have been secretly planning their wedding for the past five years, despite having being single for the last six. You might also learn which are partial to strippers.

The continent not being homogenous means that these shindigs come in different forms. In some places it is all about dance and movement while in others people sit, talk and drink sodas. But while these parties differ from region to region, they do have one thing in common: teach the bride what she needs to know to survive marriage.

And one of the most important parts of marriage survival is sex.

We might not want to admit it, but often the first place a marriage goes wrong is in the bedroom, then someone strays. Next thing you know there is a ‘small house’ and all your children go to the same school and life just became uncomfortable for all those involved.

And much as men are seen to be the ones more prone to straying because they’re dissatisfied or bored, or just plain dogs, let’s not forget that sex is a two way street. Complaints come from the women just as frequently as they do from men. Those twelve Kenyan men who were recently ambushed and forcibly circumcised lost their foreskins partly because their women were dissatisfied with their performance in the bedroom.

However, I recently attended an upper middle class Kikuyu bachelorette party and there was not a sex tip in sight. What I did learn was:

Lingerie is for marriage
A set of lingerie emerges from the gift pack and the tension in the decorated garden is palpable. You could cut the awkward with the cake knife. The bashful gift-bearer made an excitable speech about how now that the bride-to-be’s marriage had come she could own something like that and that it must be used in the bedroom. That was the extent of the advice.

Granted we all knew that most people attending the party had owned something like that (or ‘previously owned before it was destroyed’, depending on how wild the nights had been), and with all this knowledge that was the extent to which marital relations were discussed.

A Ssenga stall in Uganda. Ssengas can be hired to pass on “bedroom skills”

Marriage will keep you on your knees…in prayer
With sex tips being thin on the ground, one thing that was laid on thick was that once married the bride would go from someone who always gave God a cursory ‘whats up?’ to having Him on speed dial. Woman after woman – with varying years of marriage “experience” – all had the same thing to say, ‘marriage will keep you on your knees in prayer’.

Where are the tricks and tips?
My problem with the way things were done was that the advice left a lot to be desired.

Or even how to light the initial flame.

And some people are offering this advice. Within the Kenyan coastal region these bachelorette parties have someone called a somo who gives advice on marriage. They are usually an aunt or older female relative.

Away from the shores there is a ‘sex auntie’ you can hire in Nairobi whose reputation is so good her entire business is based on word of mouth. Najad (no one knows her last name) is said to teach you everything from how to keep the coochie clean to how to squirt during sex and everything in between.

Better roll up carpet when you hire her.

More modern brides-to-be, or those needing something a bit more visual, can hire a “facilitator” and a couple for a ‘live demonstration’. I’m not kidding. The couple will demonstrate a whole range of positions while the facilitator offers a full blow tutorial, giving you the lowdown on how to ‘enjoy the journey rather than chase the orgasm’. This will cost you 75,000 Ksh (roughly $840 USD).

In Zambia there are pre-wedding events that use drums and dancing to impart sexual knowledge. It’s called “bed dancing”. To the background of a drumbeat and singing, women engage in dance moves that simulate sex. Once the bride-to-be has got the moves down, she can use them to arouse her husband; the side benefit is that they make a woman more flexible, which I guess is a direct benefit for the husband, too.

“Bed dancing” in Zambia. One of the older women giving a demonstration of one of the dance moves. Photo: Justine Sibomana

The moves are demonstrated “in context” by one of the older women in the group, and it is stressed that these moves are only to be thrown down in the bedroom, and ‘only for your husband’.

This is all part of an initiation supposed to help a woman come into her own.

In Uganda women are taught how to pull the labia majora to create a more inviting and warm environment for the man when he slips in. Sex ed here (at least among the Baganda) is offered by Ssengas.

These are but some of the tips passed on by older women to the younger ones. I have heard stories of women who braid their pubic hair to increase stimulation. These “secrets” are passed on during sessions like the ones above, orally, meanwhile Cosmopolitan keeps repeating distorted versions of Kama Sutra moves that could land a woman in hospital before she achieves any satisfaction.

Question is, why was I at the one bachelorette party where not of this was being taught? Call it luck of the draw, call it the fates working against me, but it is a comforting thought to know that the knowledge is still being spread, despite what they say about the conservative nature of African societies.

Related Topics:MarriageSex education
Up Next

Penises: To enlarge or not to enlarge