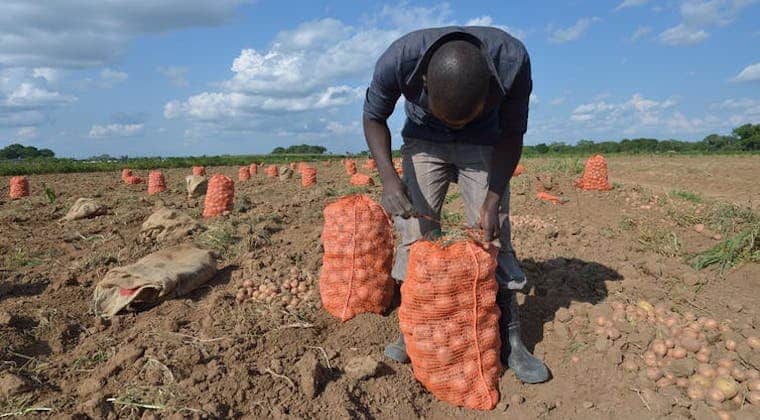 Africa has the youngest population of any continent – 60% are under age 25. While this has evoked both hope and fear, it is clear that jobs are needed for the 12 million people entering the workforce every year.

Agriculture is best suited to provide a great many jobs as it can absorb much labour, and because prospering farms trigger employment opportunities in the rest of the economy. But agriculture is often unattractive for the youth.

To lure young people into farming, policymakers and development actors emphasise the need for modern technology, including agricultural mechanisation. But surprisingly little is known about the opinion of young people in rural areas. Few have asked them what farming and rural areas need to look like to be more attractive.

I conducted a study in Zambia and asked people in rural areas aged between 12 and 20 what would make farming attractive for them. I used two research methods to explore their aspirations and perceptions: interviews as well as drawing exercises.

The results show that young people find more positive aspects in agriculture than often assumed and that the attractiveness of farming doesn’t only hinge on modern technologies. While some technologies are needed, having diverse and sustainable farms, a healthy environment and an attractive rural life is equally important.

Most of the people interviewed for the study were proud of the fact that they came from farming families that owned land and worked close to the nature. Ruth (15) expanded on this and said:

We do not pay for maize, land, water and fruits such as mangoes. We have nutritious food.

The respondents also commented on the attractiveness of the rural space. Asked where they want to live in the future, rural or urban, 53% preferred rural areas, because of their freedom and social networks.

In contrast, urban life was often perceived as bad, characterised by road accidents, pollution, Satanism, thieves and drunkards. According to Talunsa (15) people are “poisoned by alcohol and fight”.

Many also found farming unattractive, citing drudgery and weather dependence as reasons. They said they would rather aim for jobs with a regular salary such as teachers. Lozi (16) said:

I want to work with the government. Then I’ll get paid monthly.

In the village, we always eat the same, beans and nshima, and we need to work hard.“ (Elina, 16)

In the village, you can be bewitched over small disputes and the fields are very small. I prefer to live in town.” (Jakob, 15).

It’s important to note that the decision to reside either in a rural or urban area was rarely perceived as a lifetime decision. Respondents highlighted that one could work in town after harvest or for some years after school to save some money before returning to the village.

Some of my friends want to go to town but others want to stay. Of the ones who went, many came back after some years. (Alik, 14)

I want to raise some money in town but then I want to move back to my village. I will bring a tractor with me and cultivate a lot of land. (Raimond, 17)

So what does farming need to look like to be attractive?

The young people provided some direction on what they thought would make rural spaces more attractive.

The most important factors were:

But the young respondents I spoke to emphasised more low-tech solutions such as increasing farm diversity, having water wells and using draught animals, which is already an advantage over manual labour.

Advertisement
Related Topics:AgricultureYouthZambia
Up Next