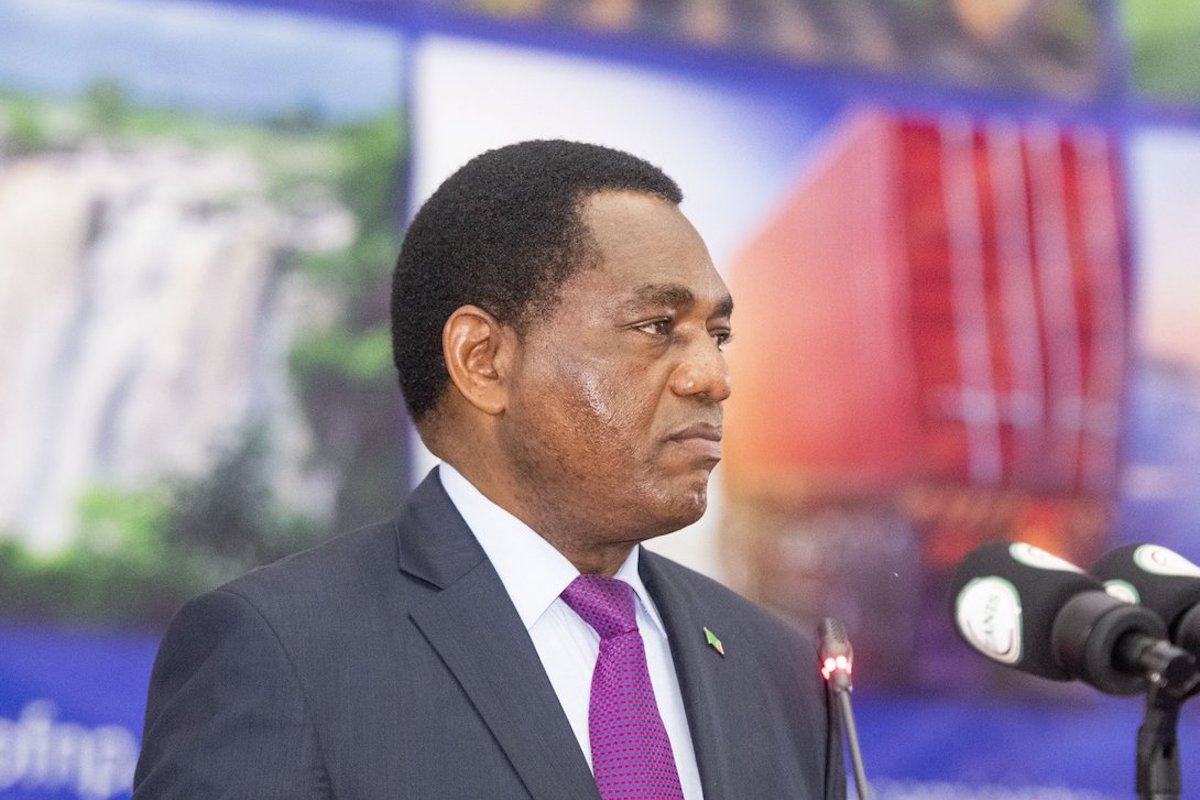 The International Monetary Fund (IMF) yesterday published the conditions attached to the newly agreed programme with the Zambian government. The conditions are incredible, unbelievable, heartless and basically make for very sad reading. They are even more incredible than I predicted in my radio appearance on Hot FM last December. I spent this morning reading the IMF’s document. Below, and typed up pretty quickly because of work pressures, I summarise some of the most concerning aspects of the “deal”.

The centerpiece of the deal is that the IMF is targeting in their words, “a large, front-loaded, and sustained fiscal consolidation.” Specifically, they want the fiscal deficit to decline from 6% of GDP in 2021 to a surplus of 3.2% of GDP by 2025. And this is largely to be achieved by drastic cuts in government spending over the period 2022 to 2025. Basically, the IMF wants our government to reduce expenditure in the billions of dollars between now and 2025. This, my friends, is the definition of austerity.

How is this reduction in the fiscal deficit going to be achieved? By reducing expenditure on the following:

1. Fuel subsidies are going to be fully eliminated by the end of this month (September 2022). What this means is that our government will no longer protect its people from the vagaries of swings in the international price of oil. What then, is the role of government if not to protect its people from shocks, of which oil price dynamics are some of the most consequential?

2. Electricity tariffs will have to increase (via subsidy removal) and the IMF wants the Zambian government to publish a plan for doing this by December 2022. As I have argued before on this blog, this is going to cause pain among our people.

3. The hugely successful Farmer Input Support Programme (FISP) will be “reformed” beginning    farming season 2023/2024. “Reform” is IMF speak for drastic cuts. In this instance, the envisaged cuts are large between now and 2025. My heart bleeds for the hundreds of thousands of small-scale farmers who have largely made our country maize-secure over the last two decades. (Funny thing is that the IMF, in their document, are full of praise for our self-sufficiency in maize production and yet they want us to effectively kill the goose that’s been laying our golden eggs!).

To achieve the fiscal consolidation described above, the IMF also has a plan for increasing revenues. And I imagine you are expecting that their plan is anchored on increases to corporate income taxes (especially on the mines). The answer is no. Their plan is largely anchored on the following, which will largely impact the poor and the middle class:

4. Value Added Tax (VAT): The IMF wants us to “broaden our VAT base” which essentially means limiting the number of goods that are VAT exempt. The VAT is one of the most regressive taxes in the world because it impacts the poor much more than the well-off. Because of this, governments often exempts many products from VAT to protect the poor. The IMF now wants us to do the reverse and do so in quite a drastic way. A table on revenue measures on page 12 shows that VAT is going to be the champion of revenue increases over the medium term — much more so than corporate income taxes and mineral royalty taxes. (Also funny that the IMF is concerned about the  regressivity of fuel and electricity subsidies, yet they don’t seem to worry about the regressivity of the VAT!).

5. Table 3a on page 35 shows that taxes on labour income are also likely to go up in the medium term, and go up at a rate faster than taxes on profits (mining and non-mining).

The revenue measures in points 4 and 5 above are really pro-rich measures. Difficult to conclude otherwise.

There’s been lots of talk about how the IMF has reformed from who they used to be in the past and that they now care about the poor because they want us to increase expenditure on the social cash transfer (SCT). I am sure what I have written above should already cast doubt on the “reformed IMF thesis”. Anyway, how much is the envisaged increase in the SCT — a monthly allowance given to the very poor? Well, they advise that the SCT increases from K90 currently to K110 per month. That is an increase from $5 per month currently to $7 per month! I leave it to you, enlightened reader, to conclude whether these amounts are sufficient to protect the poor from the subsidy removals in points 1, 2 and 3 above and from the expansions in the VAT base in point 4.

Oh, on page 1, the IMF says that this agreement will immediately result in a disbursement of $185mn from them to us. A signing bonus of sorts for all our troubles. And it’s quite funny how this “recovery plan” is continuously referred to as a “homegrown plan” when the IMF’s fingerprints are all over it.

Before I sign off, I would like to address my colleagues in Zambian civil society who went along for the ride with the IMF, appeared in many photo ops with IMF staff and largely gave credence to the opaque process that gave birth to such an anti-poor deal. This, my friends, is on your hands and you went to sleep on the wheel when your role was and historically has been protecting the interests of the Zambian people, especially the least among us. Posterity will be the judge, and I am wagering that the judgement will be one of disappointment.

My name is Grieve Chelwa. I am currently the Director of Research at the Institute on Race, Power and Political Economy at the New School. From 2018 to 2021, I taught economics at the Graduate School of Business at the University of Cape Town where I was the Co-Director of the MBA Programme. From 2016 to 2017, I was the inaugural postdoctoral fellow at the Center for African Studies at Harvard University. I hold a PhD in economics from the University of Cape Town. This blog keeps an eye on Africa in as far as economic matters are concerned with a bias towards Zambia, the country of my birth. More of my general writing can be found at the blog Africa Is A Country and here and there on the internet. My more academic writing is available on my google scholar page. You can reach me at grievechelwa@gmail.com with comments or suggestions. My twitter handle is @gchelwa.

The piece was first published at gchelwa.blogspot.com

Related Topics:EconomicsEconomy Zambia
Up Next

For our triumph: Love notes to the African nation, home and abroad

The King’s Horseman, Nigeria’s most famous play, is now a Netflix movie: what makes it a classic