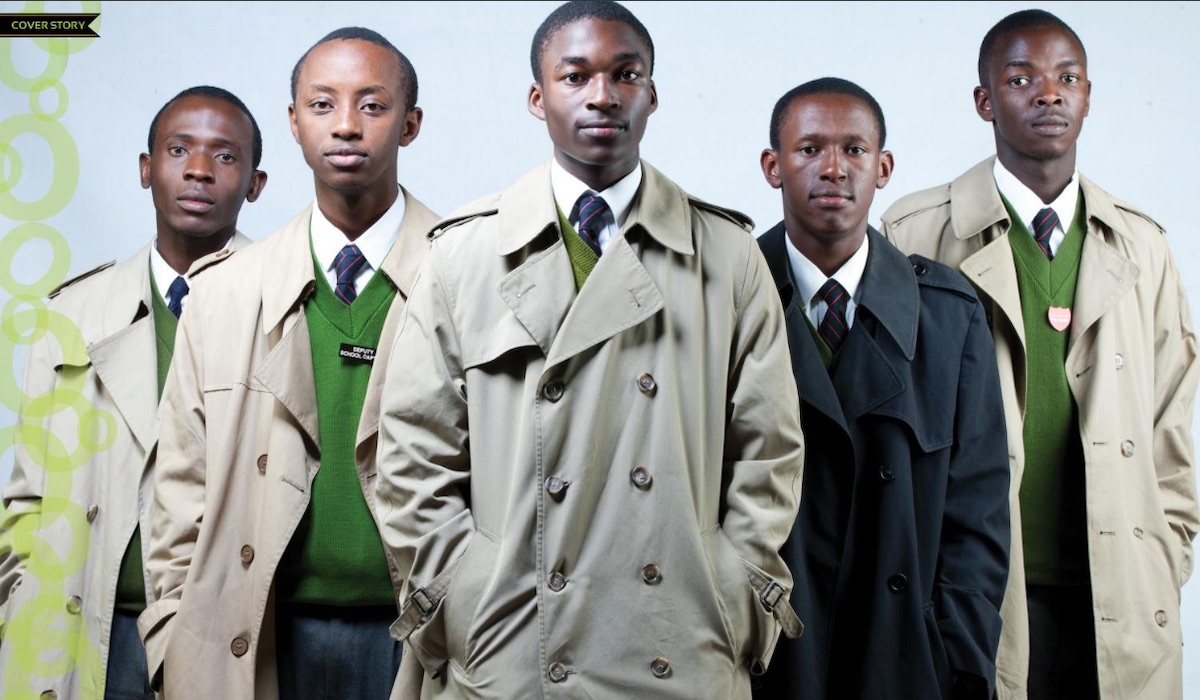 The last time Alliance High School (AHS) was in the public glare, other than the annual Kenya National Examinations Council (KNEC) jamboree, where it is always pronounced as one of the ever achieving and best public schools, was in a bad light.

Towards the end of 2016, a scandal unwittingly broke out in the school and the administration did nothing about it, hoping the incident would fade away and wouldn’t leak to the press and the public, only for the scandal to explode by April, 2017.

This scandal, which exposed some of the school’s traditional excesses that, unbeknownst to the parents and the public at large, had gone on for a very long time, that they had become the norm rather than the exception.

The shame involved the bullying of form ones by older boys that finally got out of hand, a powerful prefect system that had gone rogue overtime and acquired a life of its own and a lax administration that believed these excesses would correct themselves and everything would be back to its normal self, as had happened before.

It’s not my intention revisit this unfortunate debacle that engulfed the country’s public premier high school, but rather to speak on one of the most positive things to come of the school in recent times: The transition of power from one head to another, the smoothest in as many years.

Those who are acquainted with AHS’s changeover – that is the transfer of the school’s reign from an outgoing head to an incoming one – are fully aware that it has been always fraught with backstabbing, (destructive) institutional politics, sabotage and social envy.

By the way, it’s not something that started yesterday: Even the longest serving AHS headteacher (he headed the school for a good 22 years, between 1940–1962) Edward Carey Francis, when he couldn’t bear the heat, had to take refuge at Pumwani Secondary School. Only to return in 1966 at the hallowed AHS burial grounds.

On June 2, 2022, the outgoing Chief Principal Mr William Kariuki handed over the school’s file to the incoming head, the immediate past principal of Njiiri High School. The climax of the handover was when Mr Mwangi was escorted to the AHS’s gate by the school band. How many of you knew AHS has a fully fledged band, much like the famous Starehe Boys’ Centre band?

It wasn’t by fluke that Mr Mwangi was asked to step in and assume full control at the famous high school that to date, still churns the crème de la crème of the Kenyan high society, 96 years after it was founded. Mr David Kariuki, who was the principal, when the scandal erupted resigned in April and Mwangi immediately took over the following the month.

“My task was very clear: bring order and sanity to the school,” said Mr Mwangi, on the side lines of his handing over process. “Bring back the teachers’ control and streamline the prefect system, which respected no one – not fellow prefects, students, not even the teachers.”

The prefects had become so powerful, that if they met with teachers on the school’s walkaways, it was the teachers who gave way and not the other way round

Prefects would bully junior students, without fear of recrimination, bullied each other and as if that wasn’t bad enough, teachers also become victims of the excesses of the age-old system: Believe it or not, the prefects had become so powerful, that if they met with teachers on the school’s walkaways, it was the teachers who gave way and not the other way round. The system had gotten out of hand. “The good old traditions had been upturned to the advantage of the prefects, said Mr Mwangi. “This state of affairs couldn’t continue.”

Mr Mwangi was plucked from another great institution Lenana School, where he had stayed for a short stint of three years. “When I was posted to “Changes” (the school’s moniker), it was because the school’s academics had been flagging, indiscipline was rife and the school was dilapidated,” said the former chief principal who has had a sterling teaching career spanning 38 years, 30 of which he headed seven different schools.

It is not for nothing that the career teacher’s other name is Mr Fix-it. “I first became a principal in 1992 of a small school, Ndumberi Secondary in Kiambu.” Mr Mwangi who had been a deputy headteacher at Githiga Secondary, had firm instructions; revive the school and breathe life into it.

The school had eight students and 12 teachers – yes you read that correctly, the teachers were more than the students and the school was haemorrhaging students faster than it was accepting new ones. After six years, he turned the school’s fortunes around, eventually making it an all girls’ school with more than 300 students.

In 1997, he was transferred to Kirimara High School in Nyeri County, with one mandate: Change the school or close it. In other words, he was being asked to sink or swim. “Shutting it meant that I was headed back to class, since there would be no school for me to head.”

Kirimara was a hotbed of indiscipline so much so that, the first thing Mr Mwangi did, was to suspend an entire Form (IV) class that had to sit for its Kenya Certificate of Secondary Examination (KCSE) outside of the school. “The students had to be supervised by five armed policemen and my house was guarded by two.”

After stabilising Kirimara, he was taken to Thika High School in 2003. A giant of a school in its own right, Thika had become a den of drugs, social miscreants and misfits. “It’s the school that I stayed the longest –10 years. By the time I was leaving, Thika was back on its feet and posting excellent academic results.” It is after heading Thika that he was transferred to Lenana.

To head AHS, it’s not enough to profess the Christian faith, sorry, you’ve to belong to any of the four denominations: African Inland church (AIC), Anglican Church of Kenya (ACK), Methodist Church or Presbyterian Church of East Africa (PCEA). These are the four churches that came together in 1926 to start the school. The ACK then was called Church of the Province of Kenya (CPK).

One time, the school had a principal who was a professed Seventh Day Adventist (SDA). As fate would have it, he was urgently required to be in school on a particular Saturday. Woe unto him, he couldn’t be reached, because he was attending to his Sabbath obligations. By Monday, he had vacated the office. His fate was sealed at the Public Service Commission (PSC) Club in Nairobi on that very same Saturday.

Make no mistake – the AHS board of governors (BOG) comprises some of the most powerful individuals in government and the corporate sector.

To head Alliance High School (AHS) is to sit on a hot seat: The Principal has to deal with converging interests from the board, the old boys club and powerful parents

To head AHS, is to sit on a hot seat: The Principal has to deal with converging interests from the board, the old boys club and powerful parents. It is his duty to balance these contending interests and ensure they don’t usurp each other’s powers, or overstep their boundaries. Yet the principal is not to be frightened, overshadowed, shoved around or threatened. That’s tantamount to playing with fire.

Several years back, an officer commanding officer police station (OCS), seemingly flexing his police powers threatened the principal, after failing to bend him to do his bidding. By evening of the same day, the OCS was cooling his heels in a police cell within his area of jurisdiction.

The tie test is one of the everlasting and most serious traditions of the school. All form one students have to undergo a tie test

The AHS tie is the single most important part of the school uniform, that’s why for any new student to wear one, he has to earn it. Hence, the tie test is one of the everlasting and most serious traditions of the school. All form one students have to undergo a tie test. It is administered, not by the teachers, but the school’s deputy captain.

The incoming students are tested on their grasp of the school’s culture, history, outstanding and unique features, time-tested norms and traditions, among other important institutional archival knowledge. So, for example, a question may go like this; why is there Alliance Girls High School (AGHS), but there’s no school called Alliance Boys? Or, what’s the acreage of AHS, minus the rugby field, which is across the road, from the main campus?

A form one student who has just spent two weeks in school, will quickly and confidently give you the answers to these seemingly frivolous questions.

Many Kenyans would be pleasantly surprised to learn that the week in AHS begins, not on Sunday, but Thursday. This is because the school was started on March 1st 1926, which fell on a Thursday. They would also gladly learn that the students have a direct access to their principal – a private door that excuses them from passing through the secretary. On that door, they knock and the principal opens it himself. If he seems not to be aware of the knock, the secretary who can see the student, prompts him immediately.

Mr Mwangi who had tried to retire two times before he was granted his wish, told me it was an honour to cap his illustrious teaching career at the most prestigious high school in the country. “I don’t regret being a teacher all of my life. I’m walking away with my head high. I’m ecstatic to have served at AHS.”

The 63-year-old Mathematics teacher nonetheless had wanted to leave in June 2019, but the TSC and the board were not ready to let him go. Instead, his contract was renewed for two more years. In 2021, he asked that he leave. Still they were not ready to release him. They extended his contract to December 2022. “In March, I wrote to TSC to terminate my contract ahead of time. They agreed.

In 2026, the school will be celebrating its centenary. Many of the “Busherians” AHS’s nickname is Bush, derived from its green cardigan and evergreen “bushy” environment, will have a gazillion reasons to throw the bash of the century and recap their good old days at the pre-eminent high school.

When Mamvura drove the bus

Queen Elizabeth II: a reign that saw the end of the British empire in Africa