#EndSARS: Nigerian youths are reopening the files of violence in the country
Advertisement 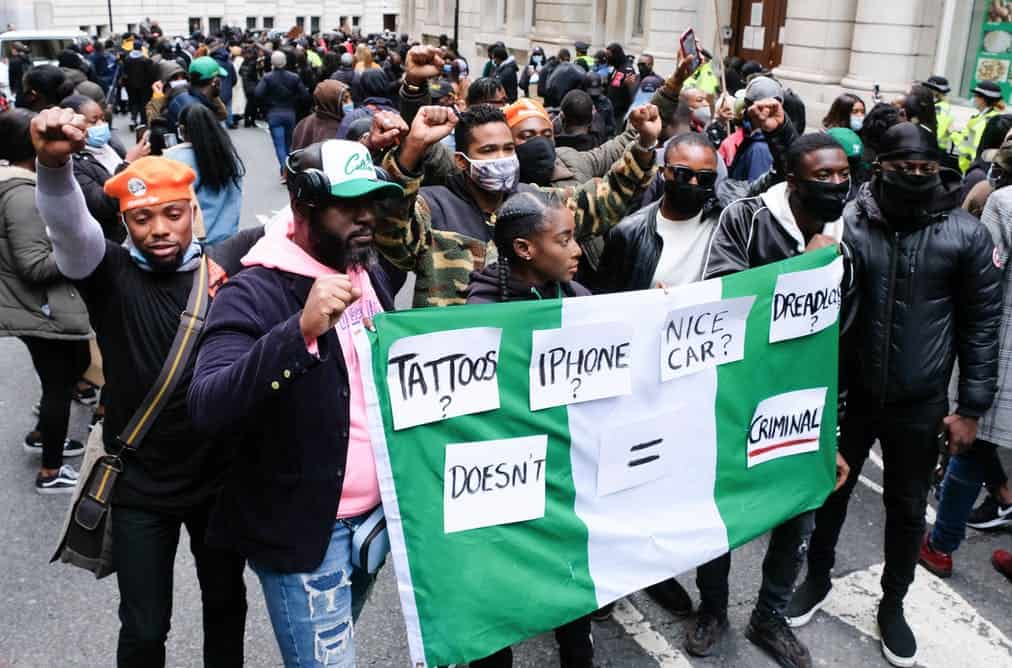 Democracy in Nigeria has been discoloured with violence both from the police and the military. Seven months into the beginning of the fourth republic, in 1999, when the military handed power to a democratically elected president, Olusegun Obasanjo, the oil producing state, Bayelsa, experienced a massacre in the town of Odi. President Obasanjo, a former military head of state, took violence as an art form against citizens of the country. That same year, women were raped in Choba, Rivers State, and protesters shot by Nigerian soldiers. Two years later, in 2001, the Zaki-Biam massacre in Benue State took place. This was how Nigeria welcomed a new dispensation of democracy. Obasanjo’s response to the Zaki-Biam massacre was “Whatever they are taught to do or not to do, soldiers fight in self-defense.”

This seeming justification of the use of violence in Nigeria by the state has created a chain of legality surrounding the way security forces deal with civilians. While one would say the Nigerian state learnt these violence from her former colonial master, it shows how little progress the state has made in asserting human rights as one of its core values.

More than two decades later, Nigerian youths who were born around the time the country started a new democratic dispensation are demanding that their human rights be acknowledged, but they are also challenging a long held value that the Nigerian state always enacts either in times of peace or war; violence.

To understand Nigeria, one must understand the violence against innocent people that has become the norm. From the civil war till now, the continuous and brazen murder of innocent citizens by security forces has been a turning wheel that this young generation of Nigerians is attempting to stop.  During the #EndSARS protests young Nigerians have demanded for the disbandment of the Special Anti-Robbery Squad (SARS), a police unit under the Nigeria Police Force. Videos and testimonies emerged on how innocent Nigerians have been terrorised, taken at gunpoint to ATM machines, or forced to transfer huge sums of money to the bank accounts of these police officers. Many young Nigerians who were picked up during these encounters with the police officers ended up dead. While Nigeria is practicing democracy in theory, in reality, the existence of the country is still framed with military dicates and approach.

The two massacres under Obasanjo, which he didn’t answer for, set the tone for more injustices in the country. And as if cycling backwards, Nigerians voted in another former military ruler, Muhammadu Buhari, whose disposition to violence is well recorded under the War Against Indiscipline mass mobilisation. In the #EndSARS protests going on, the government has not hesitated to unleash the heavy-handed police and armed thugs to attack protestors in a bid to stop demonstrations.

Read: Nigeria’s #EndSARS protests are a warning to the older generation in power

During the protests Nigerians held a candlelight memorial service in honour of those who were killed by SARS. It was an emotional affair as families shared their ordeal searching for their loved ones in SARS detention centres. On social media, stories of how SARS officers killed young men and women, and still demanded money from their families were told. Silencing citizens is a powerful tool the Nigerian state often uses to shut them up. However, this generation of young Nigerians who embrace their vulnerability have spoken up and shared horrific stories of state sanctioned violence the country’s leaders are refusing to address. The files of violence have been opened, and the Nigerian government has no shame left. The equivalence of the violence meted out by SARS needs to be thoroughly investigated to ascertain if such cases can qualify as genocidal and crimes against humanity.

In a month when Nigerian journalist Dele Giwa was killed 34 years ago with a parcel bomb, and his killers yet to be identified, the roll call of violence keeps getting longer. Many have asked, how long can the Nigerian government keep using violence, especially in a generation that is prepared to call out the violence and tackle it head on?

The present Buhari government has not only ignored the calls to address police brutality by giving cosmetic changes, it is also reinforcing brutality on Nigerians through the Nigerian Army which declared its allegiance to the President. The long road of violence, mostly supported by older Nigerian politicians is being held to account. This singular act of holding government accountable is what is most irritating to those in power. But it is also what these protests are really about, actions and consequences. For every act of violence on ordinary Nigerians, they have borne the consequences. Now is the time to continue reopening those files.

Nigeria’s VP Yemi Oluleke Osinbajo, a man with a tarnished image and legacy