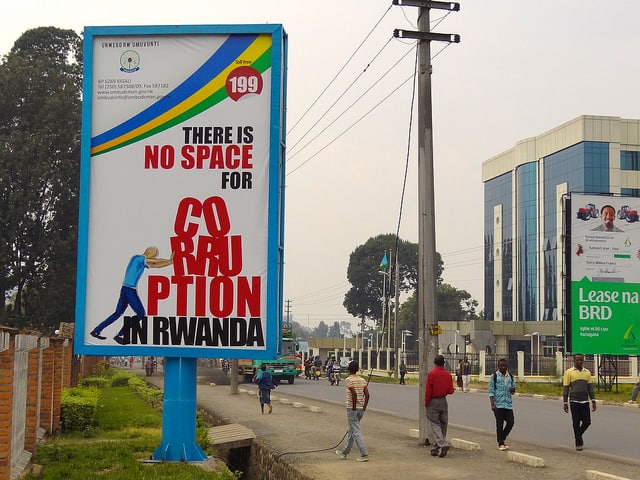 Addressing corruption in a strategic and comprehensive way is of paramount importance and an urgent priority for the continent’s development. According to Transparency International’s corruption perceptions index of 2014, some five out of the world’s 10 most corrupt countries are in Africa.

The socio-economic and political cost of corruption in Africa is tremendous. The Control Risk Group estimated in 2011 that developing countries lost close to US$1 trillion to fraud, corruption and shady business transactions.

According to the Mo Ibrahim Foundation, corruption costs Africa over US$148 billion per annum – ‘equivalent to 50% of tax revenue and 25% of African GDP.’ In addition, illicit financial flows – especially via multinational corporations and mostly through corrupt practices – continue to deprive countries of much-needed financial resources.

In an effort to fight corruption, several African governments have established national anti-corruption institutions. The spread of corruption has been unrelenting, however. According to World Bank, quiet corruption is pervasive across Africa and is having a disproportionate effect on the poor, with long-term consequences for development.

Some countries, such as Rwanda and Tanzania, have made significant advances in reducing corruption. But others, including Nigeria, Kenya, South Africa and Sudan, have made meagre progress. All of these countries have anti-corruption agencies. However in countries where progress has been slow, their commissions are often made inefficient due to political interference, a lack of independence and a general lack of political will.

Countries like Rwanda have had some success because they focus on people-centred and ‘home-grown’ ideologies, systems and organisations. This builds a culture where integrity is valued and corruption rejected. By contrast, Kenya’s drive to fight corruption has remained at the helm of the Ethics and Anti-Corruption Commission, and has yet to make progress in establishing an anti-corruption culture.

In the late ’90s, Western stakeholders became significantly more active in Africa’s fight against corruption. In 1996, former World Bank president, James Wolfensohn, and International Monetary Fund (IMF) managing director, Michel Camdessus, announced that donor leverage would be used to eliminate corruption. This gave many anti-corruption campaigns a Western rather than a local identity, which partly explains the failure of some commissions.

The IMF suspended US$220 million worth of aid to Kenya in 1997, at the same time calling for privatisation to be increased, for the state tax-collection agency to be made independent and for an anti-corruption authority to be established. Kenya’s attorney general at the time, Amos Wako, reportedly said an IMF team had ‘forced his office to draft the Prevention of Corruption Bill within one week.’ The bill led to the Kenyan Anti-Corruption Authority being established. Donor funding was renewed but suspended again in 2000 given a lack of progress on anti-corruption efforts.

In April this year, Kenyan members of Parliament (MP) voted for a special tribunal to remove some Ethics and Anti Corruption Commission (EACC) commissioners and staff.

At the time, the EACC was investigating various committees in Parliament, including the Public Accounts Committee and Agriculture Committee, over allegations of corruption. EACC chair Mumo Matemu intimated that some 15 individuals were being investigated over the multi-billion-shilling Anglo-Leasing Scandal, and other mega cases of alleged corruption.

The president gave in to MPs’ recommendations and went ahead with suspensions. Vice-chairperson Irene Keino resigned just hours after the tribunal to investigate her was sworn in. Chairman Matemu also later resigned, becoming the last anti-graft commissioner to leave the office. Jane Onsongo, another staff member, had also resigned earlier, citing in-fighting within the EACC.

Despite assurances by the Attorney General and Director of Public Prosecution that the EACC is still strong enough to handle the ongoing cases, many citizens doubt the much-weakened commission’s capacity to deliver.

It is indeed the case that the very institutions which are supposed to be fighting corruption are often seen to be corrupt. The Kenyan Parliament and its committees have been accused of corruption, as has the judiciary. The executive also has its share of corruption, and 12 out of 47 county governors were named in a list of 175 officials implicated in corruption.

The challenges Africa faces in fighting corruption cannot to be underestimated. Constructive dialogue must take place between governments and people to create anti-corruption commissions that truly serve the interests of the local society. Going forward, this calls for a participatory evaluation of commissions, as well as an inclusive decision-making process. This is crucial if Africa is to grow and nurture its own ideas, processes and mechanisms to deal with corruption.

Between rhetoric and reality: Kenya’s relations with Europe