Hope for the revival of the Northern White Rhino
Advertisement 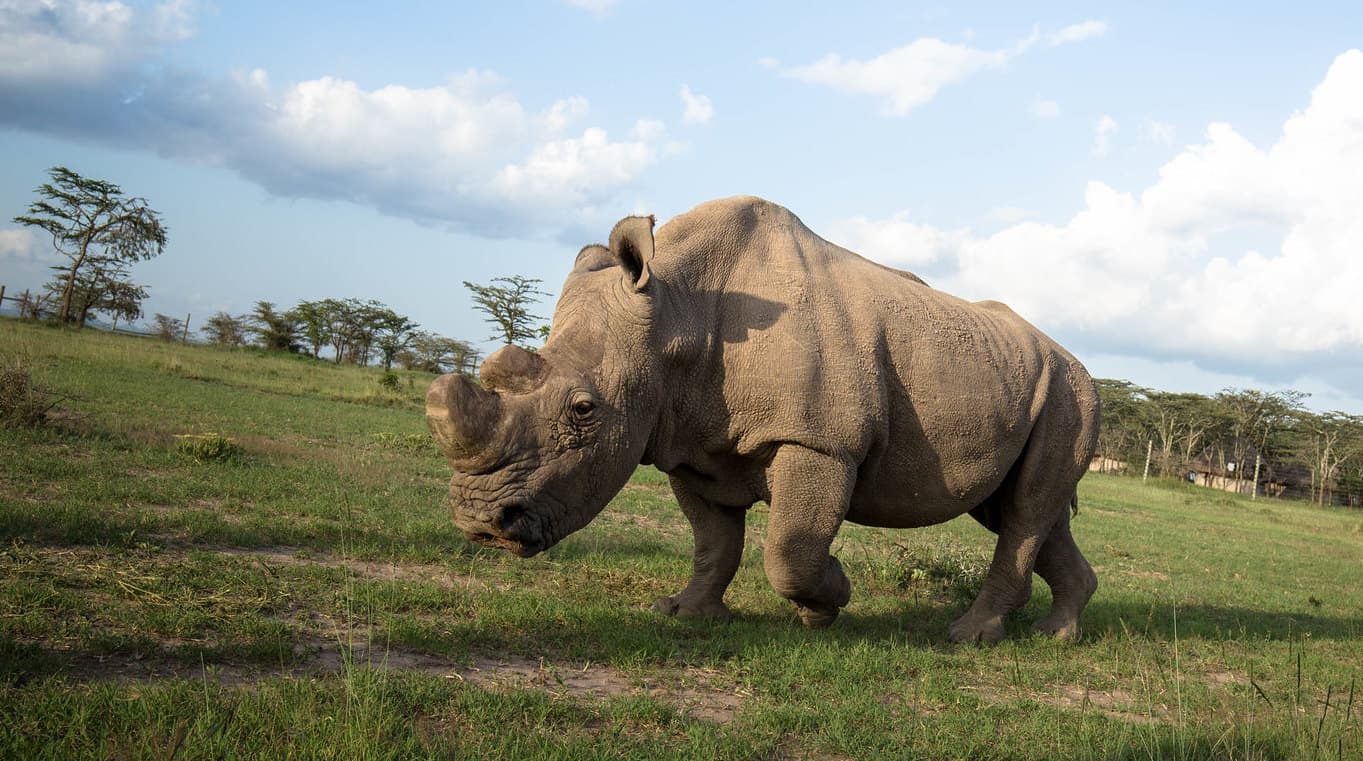 Currently only two Northern white rhinos exist in the world; two females named Najin and Fatu. Due to Najin’s age and Fatu’s uterine issues neither of them could nor can carry an offspring to term. The two rhinos have however lent their eggs to scientists who successfully harvested them earlier this year for a procedure called intra cytoplasm sperm injection.

The procedure is meant to fertilize the eggs with frozen sperm from two deceased northern white rhino males named Suni who died in 2014 and Saut who died in 2006. According to Live Science of the 10 eggs harvested, seven were suitable for fertilization but only two matured into viable embryos. Both of these were created with Fatu’s eggs and Suni’s sperm and have now been frozen to preserve them for future transfer.

Co-founder and director of Avantea, Cesare Galli was quoted by AP saying, “We collected ten eggs, five from each female. And we had two embryos from one of the two females, which is 20%, which is what we normally achieve in equine reproduction, so we get the same efficiency. So, we were positively surprised by such efficiency (success)”.

Read: Kifaru: a feature documentary that explores the painful emptiness of extinction

The next step will be for researchers to find healthy Southern white rhinoceros to carry the pregnancy/pregnancies to term. In the meantime, researchers from Kenya, Italy, the Czech Rep

ublic, and Germany are perfecting the process of embryo transfer in these species so as to give the embryos the best possible chance at implanting and being carried to full term.

Thomas Hildebrandt, project head at the Leibnitz Institute for Zoo and Wildlife Research, a consortium partner in the project said in a statement, “I think there is a potential new life demonstrated by these new northern white rhino embryos, is an incredible example of that you should not give up. We have two infertile females, no male and these two females represent a key species and a very fragile and complex ecosystem, that were taken out by criminal activity and today we could demonstrate that the human race is not only destroying our planet, they find alternatives to restore what was done wrong in the past”.

Echoing this optimism, Jan Stejskal, the director of communications and international projects at the zoo where Najin and Fatu were born, said in the statement, “Five years ago, it seemed like the production of a northern white rhino embryo was [an] almost unachievable goal — and today we have them. This fantastic achievement of the whole team allows us to be optimistic regarding our next steps”.

The fate of the sub-species is still however in a precarious state as scientists only have two living reservoirs for eggs and stored sperm from only four northern white rhinoceros bulls. This leaves very little room for error and even less genetic diversity needed to fully restore the species.