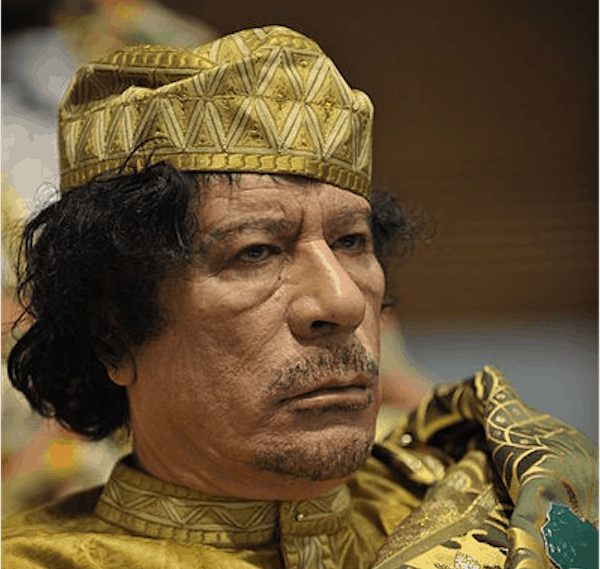 When Libya’s former leader Muammar Gaddafi was killed with the aid of western countries like Britain, America and France, the reaction was mixed. For some, he had been a dictator who had terrorized his people. For others, the western countries that had interfered had done a great harm and only wanted Libya’s oil and gold.

Moussa Ibrahim was Gaddafi’s Information Minister and official spokesman. He served in that role until Gaddafi’s government was removed from power in 2011. In a recent interview with RT, he said, “Look at Libya now. Killings, civil conflict, tribal war, murder, terrorism, robbing of national wealth. What does it remind you of? Iraq, Syria, Afghanistan, Yemen. It’s the same story happening every time.”

Currently, Libya has become a den for slavery. France, Britain and the US have however moved on from the mess they have turned Libya into. Ibrahim accused the western powers of inflaming local divisions in countries, a colonial and post-colonial tactic. He called it the management of crisis. “What you do is you come to a context of a country and you introduce chaos through war, internal conflict, religious division, occupation – whatever means you have. And then keep the chaos going, you manage the crisis,” he said.

Read: Britain’s Foreign Secretary says the removal of Colonel Gaddafi has been a tragedy

Read: The truth about Gaddafi: He was no friend of Africans

Before the North Atlantic Treaty Organization (NATO) forces invaded Libya, the Libyan government had called for an international fact-finding mission to visit the country and confirm reports of what was happening. It also offered to have an African peacekeeping mission to stop the fighting and finally a national conference of all Libyan tribal leaders to discuss a way forward for the country.

Boris Johnson, said in 2017, while serving as the British Secretary of State for Foreign and Commonwealth, that the removal of Gaddafi from power was a tragedy. In 2016, the Foreign Affairs Committee of the UK parliament produced a report which stated, “This report determines that UK policy in Libya before and since the intervention of March 2011 was founded on erroneous assumptions and an incomplete understanding of the country and the situation.”

While Libya continues to suffer as a result of western imperialism, the African Union and African nations are yet to perfect tactics against western influence on their governments.