Money is breaking democracy in Nigeria 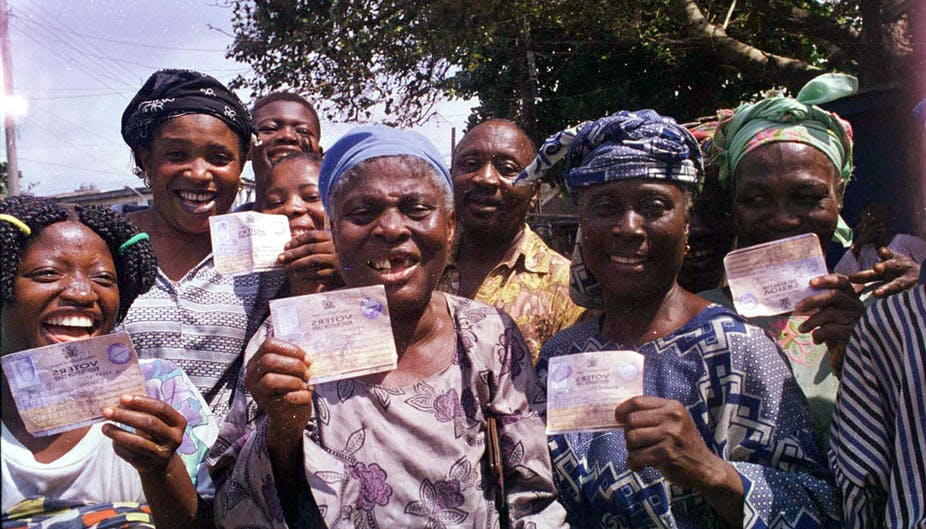 Nigeria has had 23 years of unbroken civilian rule since 1999, and commemorates this return to democratic governance on 12 June. The Conversation Africa asked political scientist Ayo Olukotun to reflect on the nation’s democratic journey so far and the problems hindering this system of government.

What is your assessment of the journey so far?

It’s a chequered journey, with ups and downs. There’s not enough stability in the system. The quality of elections alone is below par in terms of administration and logistics. And there’s still occasional violence. Before, during and after the last election in 2019, 623 people died.

We can’t conduct polls without the shutdown of the entire country. And in some areas of Nigeria it can even be dangerous to go out and vote.

Apathy and disconnection are the result. The Independent National Electoral Commission was complaining about the huge number of voters’ cards that have not been collected. The 2019 presidential poll witnessed only 35% voter turnout.

The noninclusive character of the federation is also part of the problem. This means that swathes of citizens are excluded from the process of governance in a top-heavy configuration.

Young people feel disenfranchised. They are the demographic majority but they are poorly represented.

Women are also underrepresented. If women make the effort to come into the political arena, they’re discriminated against. There are cultural and religious obstacles to women’s participation in politics. Yet, if they don’t make an effort they have no voice.

So, Nigeria’s democratic journey has not been smooth at all.

Money is widely used to affect outcomes. What’s the impact?

As long as money can buy votes, the future of democracy is uncertain.

The Peoples Democratic Party’s convention has just elected a presidential candidate out of about 15 aspirants. Two of the party’s presidential aspirants, Peter Obi and Mohammed Hayatu-Deen, said dollars were being rained down on delegates as a way of wooing them to vote. This also happened in the 2018 Peoples Democratic Party convention in Port Harcourt.

Aside from this, the two dominant political parties in Nigeria, the ruling All Progressives Congress and the Peoples Democratic Party, sell their expression of interest form and nomination forms for huge amounts of money to presidential aspirants. These forms are sold by the political parties to members who are aspiring to contest political offices under their platforms. Aspirants in Nigeria must belong to a political party because, as of now, the nation’s electoral law does not allow independent candidacy.

This locks out a significant majority of the population. If about half of the population can’t make ends meet and you ask people to pay as high as 100 million naira (about US$240,000) for expression of interest and nomination forms, you have disenfranchised them.

This is the biggest disincentive to youth participation because young people are the poorest. They are also the most affected and afflicted by the Nigerian trauma – unemployment, insecurity, police brutality, absence of social security support policy and corruption.

So the effect is more direct on them. They cannot come up with the money and that’s a problem.

What’s happening is that old politicians are recycling their sons, their daughters and their in-laws into the political space. Those who don’t have godfathers or parents who can recycle them have no chance.

The need for money also makes it worse for women. Only a small percentage of women in Nigeria are in a position to find the kind of money required to participate

How can the trend of exclusion be reversed?

It’s a paradigm shift. The older generation formed the Action Group and some other political parties in the 1950s. The Action Group was a Nigerian nationalist political party established in Ibadan on 21 March, 1951, by the late Chief Obafemi Awolowo. It was disbanded after the military took over the reins of government in 1966.

They were intentional about how the dividends of democracy were shared based on their contributions to the party’s success. This is because they came together to form parties. Members, including farmers and peasants, contributed money to fund their parties. They voted for their leaders based on integrity. The leaders who emerged served the people.

Now we have vote buyers and sellers.

We can adopt the old generation’s funding option for political parties. It will take a lot of work but if we have a lot of people with integrity, the system will begin to change. You can’t have change without some sacrifices. We need crusaders to lead the campaign.

The other option is fund raising, which is what they do in the United States. But there must be transparency: you must make public what you get.

What should Nigeria do to enhance democracy?

First, identify the problems. These include disenfranchisement of women and young people, the role of money in the electioneering process, corruption and skewed federalism.

Others are the exclusiveness of the country’s democracy, the ethno-regional spaces and inequality, mass illiteracy, vote buying and selling, the hijacking of the political process by moneybags and godfatherism.

These problems can be solved by enactment and enforcement of laws. You also need ethical campaigns and political education. And the leaders must set the example.

Ayo Olukotun, Professor and Chair of the department for Governance and Political Science, Olabisi Onabanjo University

Twitter town square: what Elon Musk could learn from Aristotle

Retracing Belgium’s dark past in the Congo, and attempts to forge deeper ties