Op-Ed | Coal and Nuclear are “Weapons of mass destruction”
Advertisement 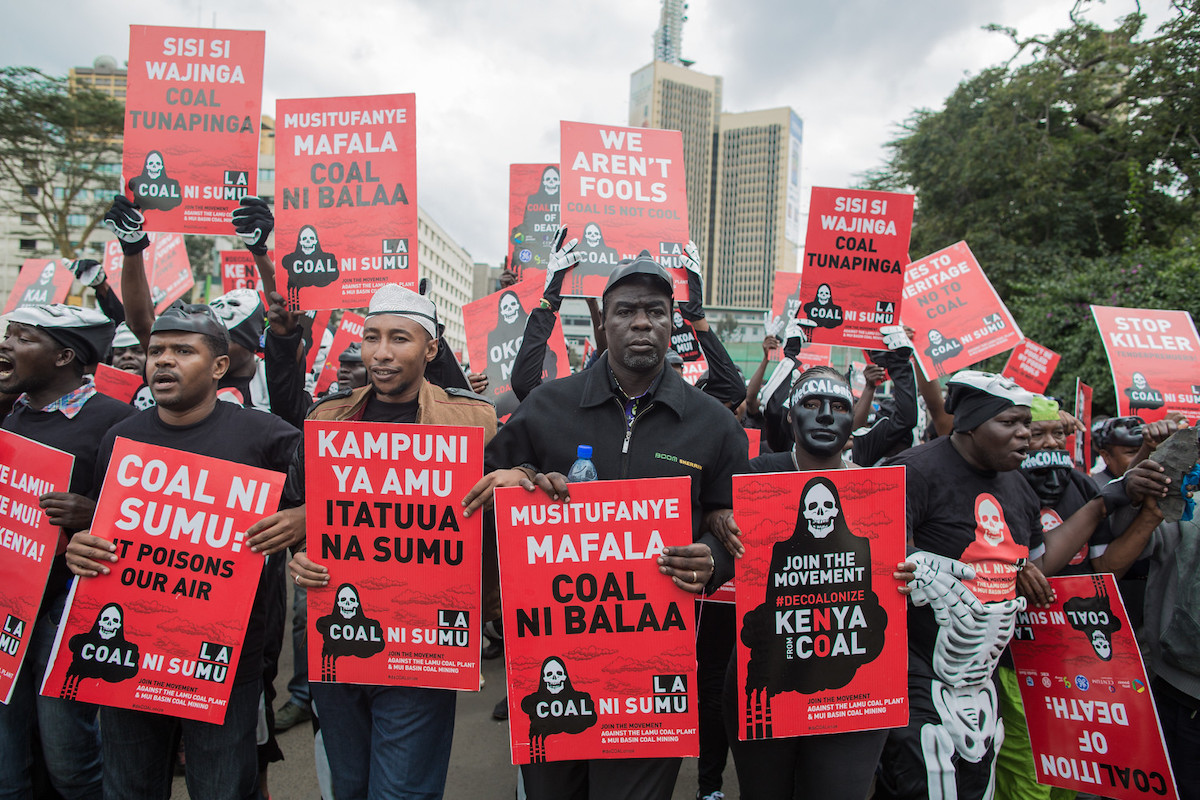 For the students of history, you will immediately connect weapons of mass destruction to the nuclear bombs that were dropped by the United States of America on the Japanese towns of Hiroshima and Nagasaki. Those 2 bombs killed between 129,000 and 226,000 people [mostly civilians]. Due to the high mortality rate and the destruction that was caused, this was the first and last instance of using nuclear weapons in armed conflict to date.

Every year, Coal is responsible for over 800,000 premature deaths globally with countries like China responsible for about 670,000 annually, India 80,000-115,000 annually, US 13,000 annually and 23,000 annually in Europe. This automatically points out that more deaths are attributed to coal than the 2 nuclear attacks in Japan, but we seem less and less concerned about the 800,000 lives lost yearly due to the devastating health impacts from coal.

Increasingly, leadership in African countries, Kenya included, are calling for diversification of its electricity production by adding fossil fuels (nuclear power, coal plants, and gas plants) into their energy mix. While they argue that these sources of power can be relied upon 24 hours a day, for most, if not all, part of the year, they seem to be withholding key information on the impacts of these sectors and even the economics do not hold if put up to scrutiny.

Kenya has already experienced nationwide resistance to coal (coal plant in Lamu and coal mining in Kitui). Attempts to see the first coal plant added in East and Central Africa were thwarted when the National Environmental Tribunal (NET) revoked the Environmental Impact Assessment license of the Lamu coal plant in 2019 (the case has been appealed and is now at the Environment and Land Court in Malindi) and all the financiers and investors that were considering getting involved have slowly, one after the other, started distancing themselves from the project.

Perhaps, the last nail in the coffin on coal in Kenya was hammered when the task force appointed by the president, Uhuru Kenyatta, to look at Power Purchase Agreements (PPAs) and chaired by John Ngumi, released a report that not only referred to coal as dirty fossil fuel but also revealed that the signed power purchase agreement for the 981 MW Lamu coal plant had lapsed, in other words; is no longer binding.

Coal in Kenya has proven to be a mirage. Our president committed in the Conference of Parties in Glasgow last year that Kenya will transition to 100% renewable energy by 2030, it is appalling that discussions of coal and nuclear are now back and echoing in the country and plans are being put in place for Kenya to have its first nuclear plant by 2036.

The nuclear dream for Kenya has been a costly affair. In the FY 2017/18 and 2018/19 we, through the National Treasury, allocated Taxpayers’ money to the Nuclear Power and Energy Agency (NuPEA) – more than 1 billion shillings. Over half of these allocations went to pay salaries and allowances.

It was disturbing that even after a presidential task force had advised against nuclear and coal, the country, through the National Treasury set aside Shs. 2 billion to go towards nuclear and coal exploration and mining

It was, therefore, disturbing that even after a task force appointed by the president has advised against nuclear and coal, the country, through the National Treasury, recently set aside Shs. 2 billion to go towards nuclear and coal exploration and mining. As Kenyans, it raises a lot of questions about the President’s sincerity as the head of the Executive who must have approved this budget.

Anti-coal Protest in Kenya – June 5th 2018 Environmental activists in Kenya are determined to show that coal has no place in the country’s energy future. Photo by decoalonize.org/Flickr/CC BY-NC-SA 2.0

The 2020-2040 Least Cost Power Development Plan (LCPDP) ranks the cost of nuclear significantly higher than other sources available domestically, raising big questions about even the economic benefits of nuclear power.

For perspective, the fixed annual cost of electricity from the nuclear plants would be about Shs. 20 per unit, which is way costly per unit of geothermal and wind, which, respectively, cost about Shs. 10 and Shs. 5 per unit.

Additionally, one of the recommendations from the PPA task force, above mentioned, was the disbandment of NuPEA since the cost implication for running it as a distinct office cannot be justified and therefore not necessary.

Nuclear and coal have already cost Kenyans Billions that would have gone to important life-saving endeavours like dealing with the hunger situation affecting millions of Kenyans in more than half of the 47 counties or invested in important sectors like education or health. Instead, we chose to raid the public coffers to enrich people in sectors that are not needed.

Kenya needs a total overhaul and transformation of the energy sector which is past saving through reforms.

Suffice to say, coal and nuclear are weapons of mass destruction as they will cause unprecedented health, environmental, livelihood and economic impacts and take away funding from important endeavours like public health, education and agriculture.

Omar Elmawi is a lawyer and the coordinator of the  StopEACOP campaign.

Is climate change to blame for KwaZulu-Natal’s flood damage?