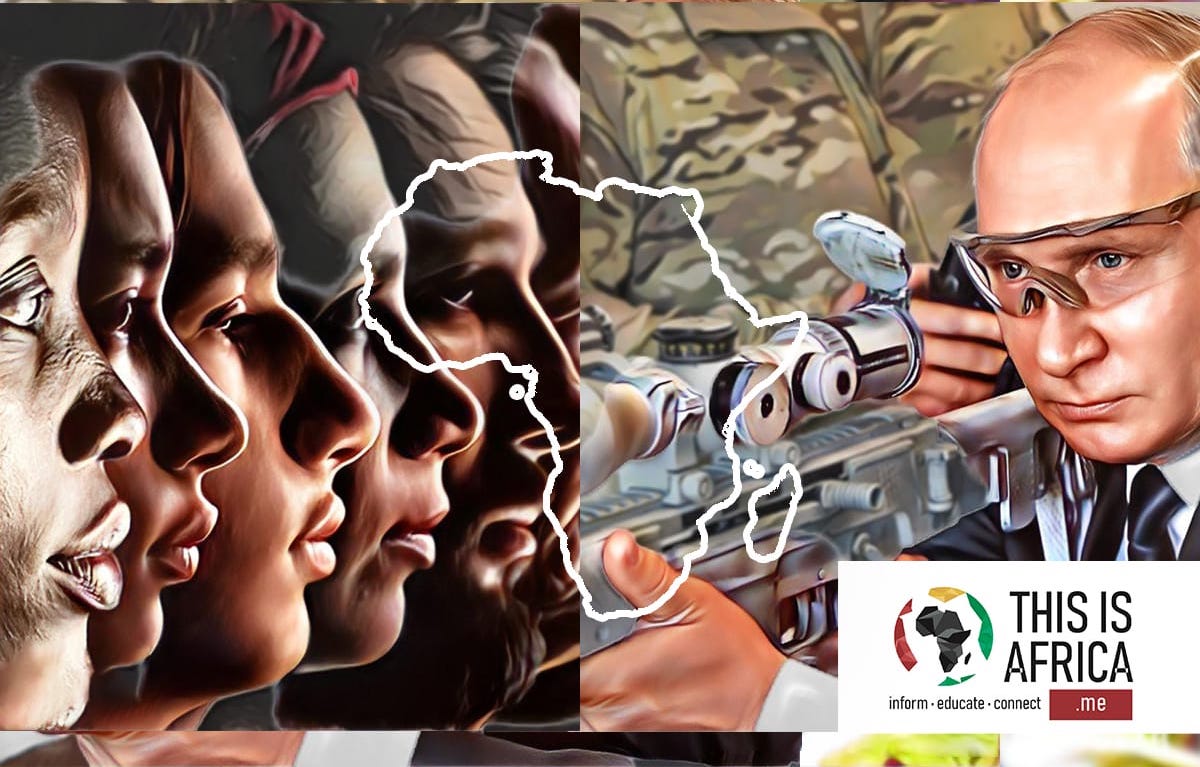 War and racism have always been violently, tragically inseparable. For centuries, the most devastating and brutal conflicts in the world have been driven by destructive notions of racial superiority and murderous assertions of ethnic differences.

Russia’s invasion of Ukraine is abhorrent and deeply concerning. It is an unprovoked, unjustifiable outrage and a heinous violation of international law that will have long-lasting and tragic consequences. The Russian aggression, military bombardment and deployment of troops to Ukraine should end immediately.

The international community needs to redouble its efforts to find a diplomatic solution that ensures peace and protects the lives of people in Ukraine and in other countries afflicted by war.

The ubiquity of support for Ukraine, especially by Western states, holds up a mirror to show how, through the prism of racism, some conflicts, wars, and incidences of mass suffering are seen as more important and deserving of sympathy than others.

There have been numerous instances of journalists expressing shock that the appalling images of suffering from Ukraine are taking place in a European country with a majority white population.

This was expressed by NBC News London correspondent Kelly Cobiella, who said: “To put it bluntly, these are not refugees from Syria; these are refugees from neighbouring Ukraine… These are Christians; they’re white. They’re very similar [to us].”

If we contrast this to the dehumanising language used to describe non-white refugees, asylum-seekers, and victims of war — such as former British prime minister David Cameron’s description of refugees as a “swarm” — a very worrying picture emerges about the inherent racism in how crises are reported, discussed, and responded to by the media, leaders, and the public across the world.

This othering of non-white, non-European people serves to diminish their suffering. We should oppose the unjustifiable trauma of people in Ukraine as vehemently as we do the suffering of victims of conflicts in Palestine, Syria, Iraq, Afghanistan, and other countries suffering from the evils of war.

British media organisations and the government need to recognise that every theatre of conflict is deserving of both our solidarity and our compassion. The government should therefore provide safe passage and refuge for displaced people, refugees and asylum-seekers arriving from Ukraine as well as all other theatres of conflict across the globe.

The government’s ongoing hypocrisy is clear to see with the abhorrent Rwanda offshore processing plan and the anti-refugee Nationality and Borders Act of 2022, which provides for drastic changes in Britain’s asylum system. These policies should be scrapped immediately.

On March 2, 2022, the United Nations held a vote on a motion condemning Russia’s invasion of Ukraine. This was supported by 141 of the 193 member states, with just five states — Russia, Belarus, North Korea, Eritrea, and Syria — voting against it.

To understand why 35 states, which are overwhelmingly former colonies from the global South, abstained from voting on the motion, it is vital to consider the long tradition of nonalignment based on which these states are acting.

The Bandung Conference of 1955 is rightly considered one of the most important meetings in human history, as it was a hugely inspiring global gathering of formerly colonised people and was a strong assertion of Pan-Africanism and anti-imperialist solidarity.

The conference also helped to popularise the Non-Aligned Movement, which was an effort to counterbalance the rapid polarisation of the world during the Cold War, whereby two major powers formed blocs and embarked on a policy to pull the rest of the world into their orbits. One of these blocs was the pro-Soviet, communist bloc united under the Warsaw Pact, and the other was the pro-American, capitalist group of countries, many of which were members of Nato.

Millions of civilians died during the proxy wars between the US and the Soviet Union in the second half of the 20th century and the ever-present threat of nuclear annihilation hung like the sword of Damocles over the entire planet.

Nonalignment points us toward a safer, more peaceful future. In 1961, drawing on the principles agreed to at the Bandung Conference of 1955, the Non-Aligned Movement was formally established in Belgrade, then part of Yugoslavia.

While the Non-Aligned Movement developed during the geopolitics of the cold war, it was founded and has endured on the recognition that no good can ever come from war and that violent conflicts, colonialism, and racism have always been closely intertwined. For instance, of the 35 countries that abstained from voting on March 2, 17 were African nations that for centuries suffered the violent extraction of colonialism.

The abstention was far from a reflection of support for Russia’s invasion. It was an assertion of pacifism made by countries that for centuries have lived under the abominable racist outcomes of colonial warfare.

Across the world, instances of appalling murder and violence at the hands of the British state have been erased from our present-day memory of the empire. The time has come for former colonial states to apologise for and take seriously the historical debt that they owe to the countries, communities and individuals who endured their cruelty.

A revitalised Non-Aligned Movement, guided by the principles of pacifism, justice and international co-operation, could help rebalance the scales of global politics away from racist wars and toward a future of peace.

This article was produced by the Morning Star and Globetrotter. Claudia Webbe is MP for Leicester East.

Africa must separate the wheat from Russia’s geopolitical chaff

Truce in Ethiopia opens the door to African mediators