What role for Tanzania's youth in the election?
Advertisement 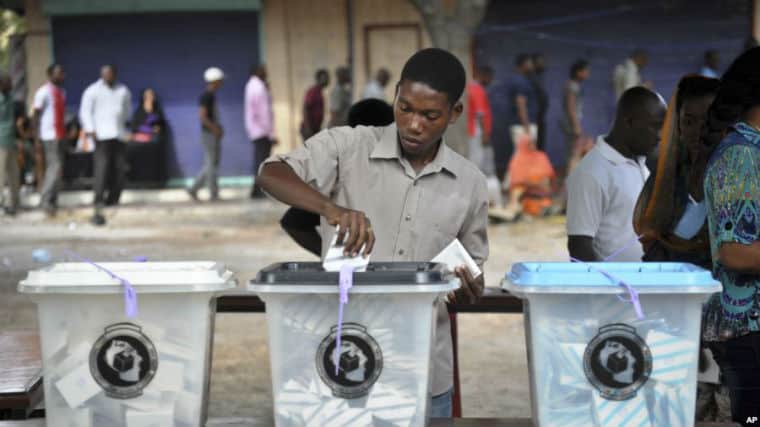 Until recently, no one seriously questioned the outcome of these parliamentary and presidential elections. Indications are, however, that Chama cha Mapinduzi (CCM) – the main political party, which has won all four elections since 1995 with a large majority – could face one of the most tightly contested elections in its history. What role will Tanzanian’s youth – whose voter participation and decision-making will be watched with great anticipation – play in the outcome of the election?

According to the 2012 census undertaken by the National Bureau of Statistics, Tanzanians between the ages of 15 and 35 years old account for at least 35.1% of the total population. In a research study conducted by Restless Development in 2012/13, 61% of the youth surveyed between the age of 15 and 29 indicated that they would be voting in yesterday’s general election.

These young people want political leaders to target their issues, reveals a study conducted by Youth Map Tanzania last year. When asked about their reasons for voting, Tanzanians between 18 and 30 years answered that they want to have leaders who take care of their needs (especially employment), advocate their rights and enable socio-economic development.

Tanzanians queue to cast their votes in the presidential election, at a polling station in Dar es Salaam, Tanzania, Oct. 25, 2015. Photo: VAO News

The report goes on to state how high levels of youth unemployment, combined with an education system that fails to equip young people with the skills needed to secure job opportunities, are just some of the key challenges this sector of the population continues to face. By exercising their right to vote, they hope to change these obstacles along with others, such as high levels of poverty and corruption.

The picture painted on social media platforms such as Facebook and Twitter also illustrates a youth that is frustrated and ready for change. Calls for young people to ‘wake up’ and take action abound. As one young Tanzanian wrote on Facebook, ‘Wake up, young person … Tanzania is among the poorest countries in the world. A large percentage of the population lives with less than one dollar per day. Take a step, remove CCM.’

These calls for change were also heard during a rally for Edward Lowassa held on 29 August, when marching youth were heard shouting ‘We are loafers and idiots, CCM made us this way, but enough is enough and we are going to oust CCM come October 25’. Could the frustrations of the youth, combined with changes taking place in the political landscape, tip the scale in favour of the recently formed political coalition, Ukawa?

Having served two terms, President Jakaya Kikwete’s term will come to an end after yesterday’s election. Edward Lowassa, who served as prime minister under Jakaya Kikwete from 2005 to 2008, was largely expected to run for the position of president. However, on 11 July, Lowassa was eliminated from the list of presidential candidates and replaced by current Minister of Works and Roads, John Magufuli. Disgruntled by this turn of events, Lowassa announced on 29 July that he would be leaving CCM to join Chama cha Demokrasia na Maendeleo (Chadema) who, with 27% of the votes in the 2010 presidential election, was the largest opposition party to the CCM.

In 2014, Chadema had formed a coalition with three other opposition parties, namely the Civic United Front, National Convention for Construction and Reform and National League for Democracy, and became known as Ukawa (Umoja wa Katiba ya Wananchi). Ukawa was mainly started as a joint opposition force in the constitutional reform process that is currently taking place.

In May this year, Ukawa agreed to nominate one common candidate to run in the upcoming election, and in August, Edward Lowassa was presented as the Ukawa presidential candidate. Could this move present the first challenge to CCM’s uninterrupted rule? Following Lowassa’s example, a number of highly ranked CCM politicians, among others former prime minister Frederick Sumaye, have left CCM and crossed to Chadema. Lowassa has, by all accounts, been mobilising the masses in challenging the probability of CCM’s victory.

In the past few months, the emergence of groups such as the ‘Youth Movement for Edward Ngoyayi Lowassa 2015’ have placed Lowassa as an attractive presidential candidate among the youth as someone who could bring change and development to the country. In his campaigning, Lowassa has promised to create jobs for 10 million people in the next five years, and has declared education as his top priority, promising free education from primary to tertiary level.

However, while young people have been showing a growing interest in Lowassa, it remains to be seen what impact this would have had in yesterday’s election. According to various newspaper reports, young Tanzanians might have lost out on casting their vote.

The Tanzania Commission for Universities recently announced that all higher learning institutions and middle level colleges would not open for the new academic term in September and October as planned, but will instead be re-opening next month. This might have had a significant impact on the more than 200 000 youth who attend various public universities and colleges in the country. This would have affected the chances of many young people registering to vote. Additionally, some young people had already registered at the various universities and colleges, and their data would have had to be transferred wherever they spent their holidays.

It must be noted that despite the call for change among certain sections of society, support for CCM remains strong; a factor that can largely be linked to the party’s historical legacy. What is clear, however, is the importance of yesterday’s election. The youth’s role is therefore a significant one, and their understanding of the current political situation should not be underestimated.