Sierra Leone takes welcome leap on rape: but next steps are crucial 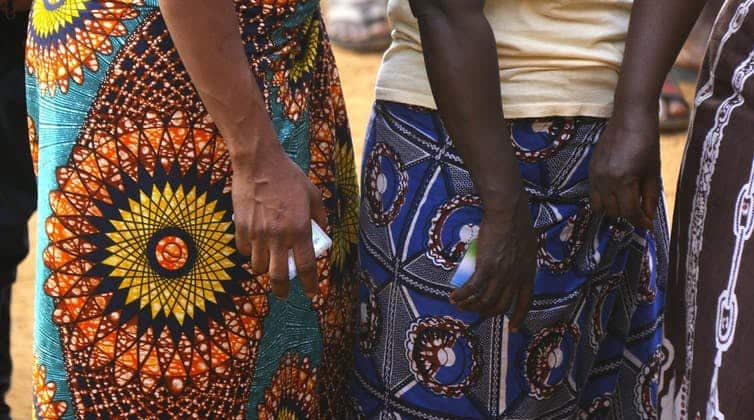 The president of Sierra Leone Julius Maada Bio has declared a national emergency on rape and sexual violence following a public outcry over the high number of rapes of young girls in the West African country.

According to the country’s police, there were over 8,500 reported cases of sexual and gender based violence in 2018. The number of incidents of sexual violence is likely much higher, as many cases go unreported. In 2012, the first year official police statistics were collected, 632 cases were reported.

The country’s gender justice laws – enacted in 2007 and 2009 – as well the Sexual Offences Act – ratified in 2012 – have certainly contributed to the higher number of reported cases. But, these increasing numbers show that much more needs to be done to prevent sexual violence and to respond to it better.

The Rainbo Initiative, an organisation offering free care to survivors, holds that young girls are disproportionally affected. President Bio has stated that about 70% of victims are below the age of 15. He made the statement after consulting grassroots women’s organisations, NGOs as well as government ministries, judges, lawyers and the police.

Political attention of this kind is vital to addressing rape and all forms of sexual violence. And, declaring the national emergency provides an opportunity for the speedy policy changes needed to combat rape and sexual violence.

The reason the government has taken action is due to the relentless efforts of women’s grassroots organisations and other NGOs that have put rape on the national agenda. The organisations help by providing free and confidential medical and psychosocial care to survivors, as well as campaigning to raise awareness. Some assist the victims during court cases.

Based on my research on the subject, it’s my view that the steps proposed by the president seem to reinvent the wheel, rather than build on strong existing foundations.

Success will depend on whether he’s willing to listen to – and learn from – the civil society organisations involved in the fight against rape and sexual assault. They know the problems inside out and what’s needed to engender real change. But their efforts to date have been hampered by a lack of funding and governmental support.

Bio wants rapists and other perpetrators of sexual violence to be charged with aggravated assault, and face up to life imprisonment if found guilty. He envisions that all public hospitals should provide free medical services for rape and other sexual assault victims. He also announced the creation of a police division, a special magistrate court to try sexual abuse cases and a public hotline dedicated to reporting sexual violence.

These are big goals indeed. But, to succeed, they require meticulous planning, a steady and reliable flow of resources. They also need tailored skills training for service providers, police and medical doctors to adequately respond to survivors of violence. Increased collaboration between Sierra Leone’s medical, legal and police sectors is imperative for success.

A closer look at existing structures and services reveals a more critical reality. Several key organisations such as AdvocAid, L.A.W.Y.E.R.S. and the Rainbo Initiative have worked tirelessly to offer primary medical and psycho-social care to survivors as well as their proper representation at the courts.

But, these experienced specialists lack resources and support. So much so that they often struggle to keep their operations going. And, so far, their expert opinions have often gone unheard.

AdvocAid has repeatedly shown that women and girls who experience violence are disproportionally disadvantaged by Sierra Leone’s legal system. They also lack opportunities to enable them to get out of abusive relationships. And, when using self defence against abusive partners, they can be charged as offenders themselves.

In addition, many women and girls don’t know their rights and how to access support. AdvocAid, which has undertaken campaigns to teach women and girls about the law and their rights, points to the need for a national strategy to make rights, regulations and laws known to all in the country.

Since 2003, the Rainbo centres have provided free and confidential primary medical and psychosocial care to survivors of rape and sexual violence. But working with rape and sexual abuse survivors requires specialised skills, which hospitals across Sierra Leone lack. The government could help by providing the necessary funding to increase the number of centres nationwide. This way, even more survivors could receive care by female doctors and nurses in separate, confidential and safe spaces.

Family support units have been set up to investigate domestic violence, sexual offences and child abuse cases. These are independent police units attached to 62 police stations across the country, with specifically trained police personnel as well as some 20 social workers.

But in a review, the Centre for Accountability and Rule of Law found that the units weren’t sufficiently staffed, equipped or funded to be able to fulfil their mandate.

Moreover, the courts have heavy caseloads and litigants often wait years until their cases are heard. And, as my research revealed, lawyers and judges have long pointed to the need to amend the existing laws against rape and sexual assault. The Sexual Offences Act, for example, disproportionately targets the marginalised young boyfriends wrongfully accused of rape or sexual assault, while many wealthier perpetrators continue to escape justice.

Additionally, the discriminatory act of banning pregnant girls from school remains in place.

Given the situation in the country, reviewing and adapting existing laws and regulations may be more effective than creating new regulations. Instead of adding to the plethora of existing laws, regulations, services and institutions, the government should look to undertaking the difficult task of strengthening the efforts of existing service providers.

Related Topics:RapeSierra Leone
Up Next

Caster Semenya: Issues the sporting authority has to consider