Why few women in Senegal speak out about their rapists 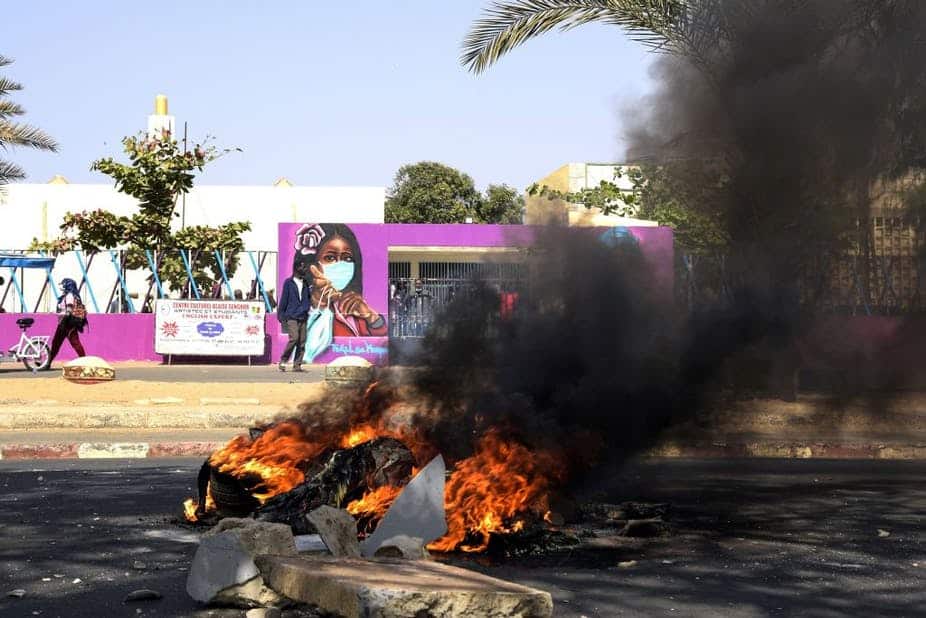 This pattern was broken recently by a young woman, Adji Sarr who publicly accused opposition leader Ousmane Sonko of raping her. He was arrested and accused of the rape.

But, in a political twist to events, many people turned against Sarr and defended Sonko. This was partly on the grounds that Sonko claimed President Macky Sall had a hand in fabricating the charges against him in a bid to eliminate his competition and run for an unconstitutional third term.

Rape remains a social problem that is widely recognised but rarely discussed explicitly. Our research on sexuality, media, and communication practices in Senegal explains the prevalence of a Senegalese culture of discretion, called “sutura”. This often inhibits survivors from publicly denouncing perpetrators and can be an obstacle to fighting gender-based violence.

Sutura is a hybrid of Muslim ethical traditions and pre-Islamic social norms. We see similar cultural practices in places like Morocco where modesty shapes public opinion surrounding women’s sexuality. These African cultures of discretion are not limited to Muslim majority countries.

In Senegal, women are seen as the guardians of sutura. Whether this refers to covering their bodies in modest clothing, or by shielding domestic affairs from public view, it is up to women to maintain balance in Senegalese social life.

Sutura is the social contract between members of the Senegalese community. By keeping private life private, others in their family and broader community will protect and care for them. This is why it is so difficult for women to name their accuser; they drag the private into the public realm and break communal bonds.

Severing community ties can have serious ramifications on women’s lives. Sutura is not a legal concept, but it shapes the way that law in Senegal is applied. Senegalese family law officially recognises men as heads of household; a woman must legally reside with her husband unless deemed a danger to herself or her children. A married woman sanctioned for breaking sutura may be classified as an “unfit mother” and jeopardise her legal rights as a parent.

For many Senegalese, Sarr violated sutura’s social contract when she publicly denounced Sonko. Then she gave a “tell all” interview, widely viewed on national television and social media. In a digital age when social media “over-sharing” can itself be viewed as transgressing sutura’s culture of discretion, Sarr’s confession exacerbated her position.

Sarr also transgressed sutura through her work at a massage parlour, an industry widely seen as disguised prostituiton. Sexual promiscuity has stood as the antithesis to sutura since colonialism. The French exerted control over subjects by invoking sutura to control women’s sexuality.

This practice continued after independence. Women’s morality became a cornerstone for nation-building; “loose women” compromised the image of an independent nation.

There’s another side to sutura which is why it’s upheld by women. Sutura also means protection. Like in many other countries, Senegalese women often face threats of sexual violence. Sutura may not shield women from the threat of sexual assault but it does solidify their social support. Survivors’ family may shield them from having further contact with their rapist or provide lodging and access to medical care.

Marginalised Senegalese perceived to have broken sutura may create alternative communities of protection. For example, people who have been rejected from their families for being immodest or breaking gender norms may turn to other communities of support, using online pseudonyms to find peers and shield each other from further exposure and violence.
Even Senegal’s #MeToo-inspired movement was careful to maintain sutura by avoiding public denunciations of individual men. After the #MeToo hashtag went viral in 2018, two Senegalese women invited others to fill out an anonymous Google form with stories of sexual assault. They received over 100 anonymous reports of sexual misconduct. However, they did not name the accused.

The Sarr/Sonko case broke this pattern. Sarr forfeited the social protection afforded by sutura when she publicly denounced Sonko. This is one reason why many Senegalese did not rally around her as a survivor.

Sutura creates obstacles for holding perpetrators of sexual violence accountable. As seen in Sarr’s rejection by Senegalese society, public denunciation of individuals runs the risk of isolating survivors from their community at a time when they need support the most.

The treatment of Sarr shows us how sutura can work against survivors. These feminist movements illustrate that sutura can also be a force for change – if it protects survivors, not perpetrators, of sexual violence.

Africa can’t stay out of the space race