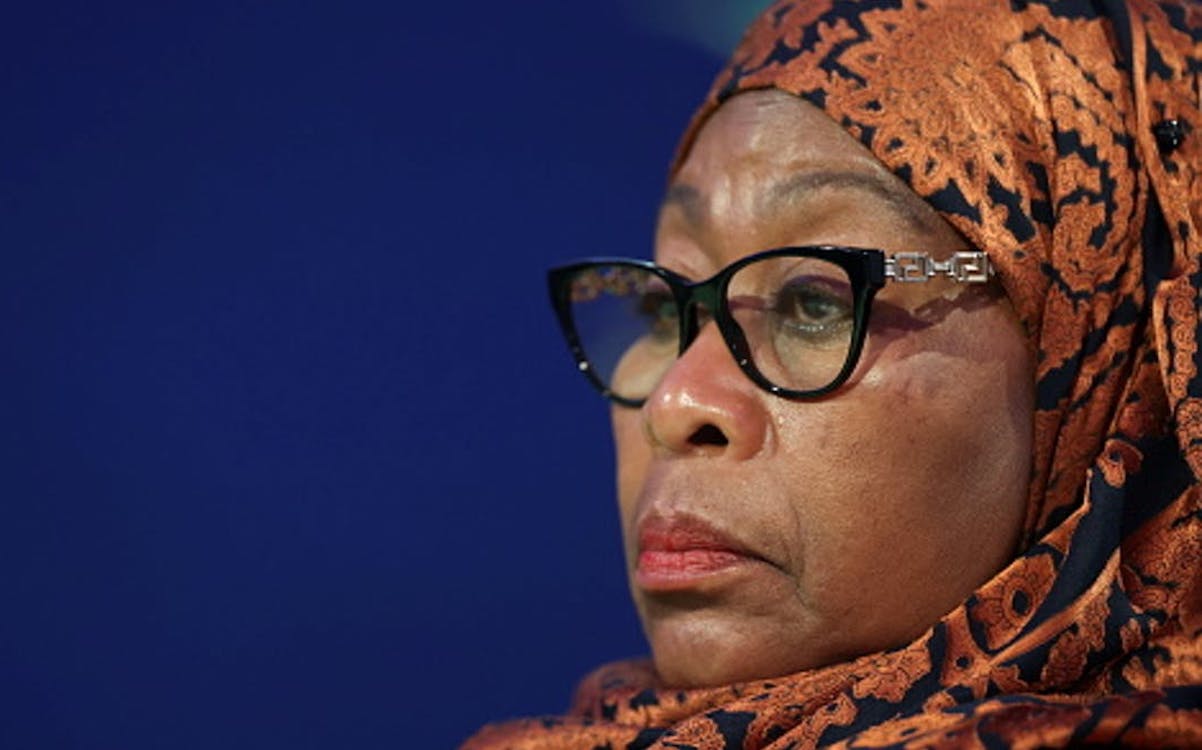 The sudden death of Tanzania’s populist president John Pombe Magufuli on 17 March 2021 catapulted his then little-known vice-president, Samia Suluhu Hassan, to the helm of political leadership. In one year, President Hassan has reversed her predecessor’s policies, from COVID control to media freedom and foreign relations. Nicodemus Minde has studied political dominance and democratisation in Tanzania. We asked him to assess the president’s first year in office.

How did Hassan get to the helm?

The constitution of Tanzania provides for power sharing between the mainland and Zanzibar. If a presidential party candidate comes from mainland Tanzania, the running mate should be from Zanzibar, and vice versa.

Does Hassan have the mettle for national politics?

The role of vice-president in Tanzania is largely a ceremonial one. But Samia Suluhu Hassan, who was the country’s first woman vice-president, executed her role well.

President Magufuli rarely made foreign trips. He only visited a few African countries and attended the African Union Summit once. He never attended the annual United Nations General Assembly meeting in New York.

On many occasions, Hassan represented the president. This exposure is evident from the way she has embraced the international community and the drastic change from the COVID-19 denialism of her late predecessor. Magufuli had overseen a period of international obscurity and isolationism.

At the domestic level, she has navigated the political terrain at the national and political party levels. Previously viewed as a naive CCM outsider, she has tactfully manoeuvred the party factions.

The way she dealt with rebellion from the speaker of parliament, Job Ndugai, for instance, shows her maturing political statecraft. The speaker was forced to resign in January after he questioned the president’s external borrowing.

The president has carefully built her political base by gradually discarding Magufuli loyalists like Medard Kalemani, who had served as energy minister, Palamagamba Kabudi, who was minister for constitutional and legal affairs, and Bashiru Ally, who served as the chief secretary and was Magufuli’s last political appointee.

Hassan has on a number of occasions admitted that she was aware of the political undercurrents that described her as a transitional president.

In September 2021, she announced she would be running for president in 2025. This was seen as a response to critics, especially from the ruling party. The purge of Ndugai was interpreted as the flexing of political muscles and consolidating her base.

She has reshuffled the cabinet twice, both times excluding perceived Magufuli loyalists and bringing in new people.

Her approach so far has been to consolidate her authority within the party by appeasing the faction that was sidelined by Magufuli. Her handling of the opposition, especially the case of Party for Democracy and Progress (Chadema) chairman Freeman Mbowe, was seen as a tacit ploy to win the hearts of the CCM faithful. Mbowe’s party has been the biggest threat to CCM and has been demanding democratic reforms and a new constitution.

How would you compare the president to her predecessor?

President Hassan has undone most of the excesses that characterised her predecessor. She inherited a deeply divided country at the peak of the COVID-19 pandemic, which her predecessor had responded to by calling for national prayers.

Magufuli came in as a relatively unknown candidate in the 2015 elections. He benefited from factional divisions to win the presidential nomination. Gradually, he was able to build a political base within the party.

Like Magufuli, Hassan was considered a party outsider. She has been careful not to completely upset the old guard. She seems to have the goodwill of former president Jakaya Kikwete. She appointed Kikwete’s son in the last cabinet reshuffle.

Magufuli had an abrasive approach in dealing with government officials and international investors. Hassan’s approach has been more of candour and civility.

What’s your assessment of the first year under Hassan?

Hassan has championed women’s rights. Nine of her cabinet ministers are women, which represents 36%, a six percentage point rise from the previous cabinet.

She has also been able to put Tanzania back on the international map after a period of isolation. The country is now attracting foreign investment and goodwill.

The government has recently ended the ban on four newspapers, signalling a positive turn in media freedom.

On the downside, the president has ignored the demands for a new constitution, terming it a non-priority. She promised political dialogue with the opposition when she assumed office. She still has not had these talks.

In February this year, she met exiled Chadema party leader Tundu Lissu in Belgium. But a few days later, the court trying Chadema chairman Mbowe ruled that he had a case to answer. On 4 March, the director of public prosecutions dropped the terrorism charges against Mbowe and his colleagues. The case was seen by many as politically motivated.

Despite the shortcomings, political dialogue is now possible in Tanzania under President Hassan.