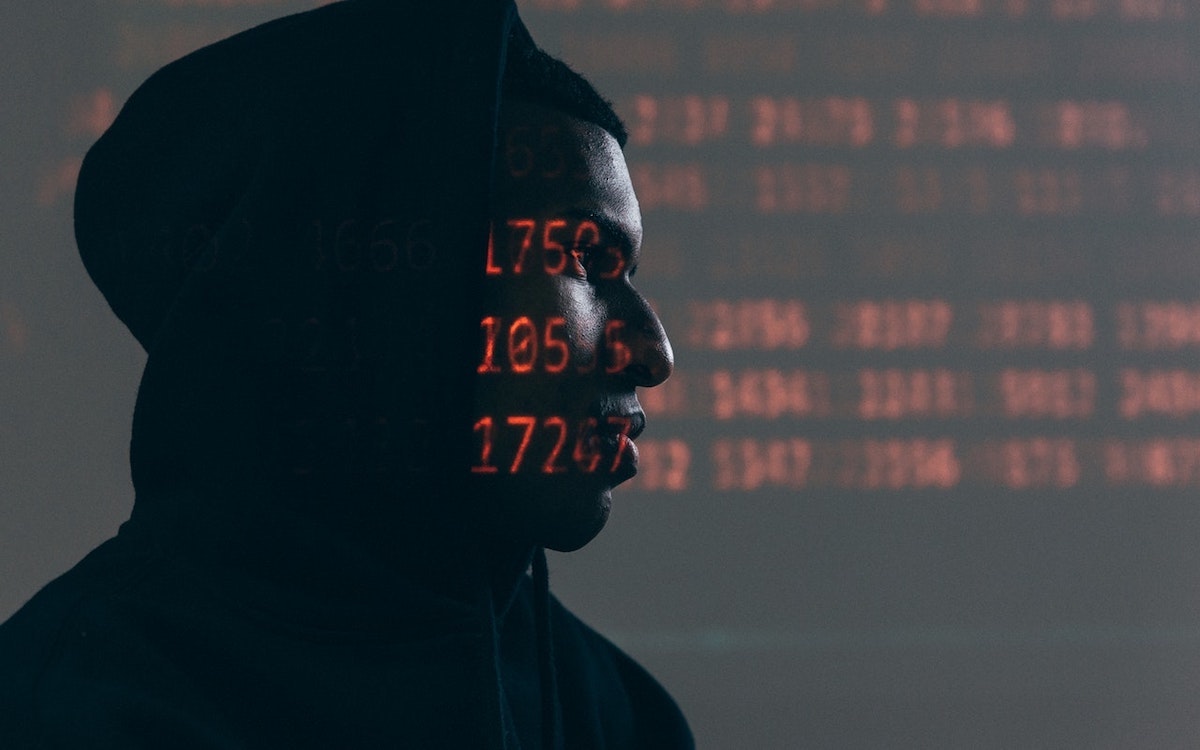 War is still a blood and artillery affair but it does not belong in the 21st Century without saintly nerds, blackhat nihilists and state actors settling scores on crypto-deterrence and cyberwar fronts. Ukraine is channeling its soft power with Non-Fungible Tokens (NFTs) to sponsor its war effort, while its IT minister mobilises hackers to beat off Russia’s offensive. U.S authorities are pre-empting a hypothetical Dr Strangelove scenario in which Kremlin-backed hackers compromise its water sources. Few things seem off-limits as Russian hackers have previously turned the lights off for hundred thousand Ukrainians. Meanwhile, North Korea sits on $2 billion from crypto heists and other cyber operations for busting sanctions and funding its nuclear programme, according to a a United Nations panel report.

The weaponisation of cryptography by governments could not have been foreseen by early cypherpunks. Cryptography was their dream of a back door out of the political world. They called it the great civilisational leap of our time, a romantic ethic to end the power of states over individuals. In dark basements, hunched over a vastly diverting virtual universe, these Bohemian monks had left the Matrix. But their necessary use of money would always require them to reveal themselves and give up their freedom. The state, as the issuing power and control centre of money, keeps a file on everyone and decides who gets to spend, a power so totalling that the most dystopian Bible prophecy is based on it. By 1993, cypherpunks began drawing plans for their own money, and as system malfeasance hit again during the recession in 2009, they finally invented their own money and called it cryptocurrency.

As if the world needed a sign, cryptocurrency premiered amid the Promethean optics of Wikileaks’ battle against financial censorship. Wikileaks’ cypherpunk philosophy of privacy for citizens and denial of secrets for governments prompted it to publish America’s war secrets; many of them quite resembling war crimes but for Uncle Sam’s world-superior say-so. In the old world, states can use money to control citizens and settle scores with dissidents. Julian Assange’s guerrilla newsroom had earned itself an enemy with the longest financial arm. Battle lines were drawn between the old world and the new world towards the end of 2010 when the Bank of America, MasterCard, Visa, PayPal and Western Union blocked funds to Assange and Wikileaks under instruction from the U.S government. Minted in 2009 as the world’s first cryptocurrency, Bitcoin came to the rescue as sympathisers used it to make donations to Wikileaks.

This early chapter has become a mythic reference for cryptocurrency’s civilisational gambit. Emancipatory disobedience was made possible because Bitcoin and its derivatives operate on a decentralised protocol that largely guarantees freedom from financial censorship and state surveillance, and ties back to classic rights like free speech. Cryptocurrency is almost interchangeably discussed with blockchain but the latter is in fact the technology that decentralises crypto transactions, distributing them across an encrypted, peer-to-peer network as opposed to central authorities like banks or state institutions.

Since Satoshi Nakamoto founded Bitcoin in 2009, cryptocurrency and blockchain have been weaponised for world-saving missions of varying success, including isolating DRC’s blood cobalt from the international market and challenging data serfdom under Silicon Valley oligarchs. More recently, Julian Assange and crypto artist Pak raised over $54 million from their art collection, Censored, to sponsor the Wikileaks founder’s legal struggle against extradition to the U.S. Ukraine’s upcoming NFTs collection represents another use case of the blockchain as a last resort for the outnumbered.

Bitcoin on hundred dollars bills. Instagram – @bermixstudio | Free to use under the Unsplash License

Privacy, anonymity, resistance to financial censorship and decentralisation are among the foremost philosophies of cryptocurrency. In common with other cryptographic advances such as virtual private networks and encrypted whistleblowing, cryptocurrency cycles back to emancipation as its defining philosophy. “Privacy is the power to selectively reveal oneself to the world,” Eric Hughes said in his 1993 essay, “A Cypherpunk’s Manifesto.” In our illiberal world of mass surveillance and censorship, selectively revealing yourself can be a question of survival, the difference between being able to spend, speak, protest or even walk free or not. Nakamoto’s white paper answered Hughes’ imperative for anonymous transaction system by replacing a trusted third party, traditionally the bank, with a cryptographic peer-to-peer network.

In the Hulu series, High Fidelity, Zoe Kravitz (Rob) reminds us, in the context of cancel culture, that music should be for everybody, good people and shitty people alike, just like WiFi and healthcare. Cryptocurrency has equally gone out to everybody, from banking the unbanked and shielding the censored to scoring mergers with establishment finance, wiring administrative innovations, and attracting regulations and incentives from governments who can no longer ignore it. However, its attractiveness to state actors, from dictators and pariah states to geopolitical hegemons, complicates its founding assumptions.

From financing weapons of mass destruction to busting sanctions, shoring up progressive optics for dictators, and bypassing an unrecognised regime to support citizens, cryptocurrency has geopolitical use case for that – and the U.S, Ukraine, North Korea, Iran, Venezuela, China, Russia and Belarus are coming for everything. As states become increasingly invested and increasingly sophisticated cypherspace actors, a crack emerges between the citizen-focused, emancipatory claims of cryptocurrency and the technological wherewithal.

Beyond the Nuclear Arms Race, a Crypto Arms Race

Cryptocurrency is no longer just the platform but the object of the arms dispute between North Korea and the U.S. Cypherpunks daily wake up to a demystified haven, as states defend their interests in cypherspace. “Blockchain surveillance tools are powerful and increasingly widespread, proving that cryptocurrency is not as anonymous as popular myth might have it. It turns out the state still has power even in the cypherpunk world,” writes Patrick Howell O’Neill in the MIT Technology Review. State-linked North Korean hackers have U.S intelligence on their tail as they convert stolen crypto assets across wallets and currencies to obscure attribution and eventually cash out in fiat. The cryptographic investments on both sides confirm O’Neill’s observation.

The U.N (2019) estimates that North Korea has made $2 billion from cyber operations meant to circumvent international sanctions and fund weapons of mass destruction. The May 2017 Wanna Cry ransomware attack, in which victims were instructed to send Bitcoin to specified addresses, was linked to the Lazarus Group, which allegedly operates under North Korea’s military intelligence. While this was the most publicised episode of the country’s campaign on this turf, a 2020 asset forfeiture application by the U.S details a $250 million crypto heist by the same group. The U.S Justice Department filed a complaint to freeze 280 wallets hackers were using to launder the stolen funds.

Pushed to defend their interests, states are no longer half-interested bystanders in the evolution of cryptocurrency but invested actors altering the romances of cypherspace.

In the application, U.S officials praise the increasing sophistication of the country’s Cryptocurrency Strike Force in “tracing and seizing virtual currency, which criminals previously thought to be impossible.” The anonymity of the internet is no longer a cover for cybercrime, a top FBI agent explains. “International cryptocurrency laundering schemes undermine the integrity of our financial systems at a global level, and we will use every tool in our arsenal to investigate and disrupt these crimes,” adds the agency’s Emmerson Buie Jr. Pushed to defend their interests, states are no longer half-interested bystanders in the evolution of cryptocurrency but invested actors altering the romances of cypherspace.

Geopolitics is narrated around the contesting ideologies of democracy and sovereignty. In the conflict between Venezuela and the U.S, cryptography was assigned a new use case: the ability to remotely influence the financial matters of a rival state. The U.S mandated the Venezuelan opposition to redistribute $18 million of funds seized from Maduro’s government in 2020. Venezuela-based cryptocurrency exchange AirTM was chosen to airdrop $100 per month to each of the country’s 62, 000 healthcare workers for three months. When Maduro’s government blocked access to the exchange’s website, warning civil servants against participation, AirTM encouraged recommended VPNs to get past the government, a fix that should also anonymise workers from possible retribution.

Venezuela’ state-issued cryptocurrency, Petro, prompted a prohibitive order by the U.S in 2018 on the premise of sanctions. Some experts criticised a subsequent bill arguing that it could set a precedent for the U.S’ suppression of cryptocurrencies. Per Venezuela’s white paper, the base price of the Petro was equivalent to the price of one Venezuelan oil barrel, with oil prices determined by the Venezuelan Ministry of Oil and Mining. From an American end, the dispute undermines the cypherpunk ideal of cryptocurrency as a shield from financial censorship. From the Venezuelan end, the government’s control of Petro ignores the decentralisation fundamental. Venezuela’s ill-fated cryptocurrency will be no antidote to dollar hegemony but a Chinese cryptocurrency in the making could pose a significant challenge. In China’s case, the state suppresses cryptocurrencies but appropriates the technology for geopolitical clout.

File picture. A man with binary code projected on his face. Photo by cottonbro from Pexels

Russia-backed pariah Alexander Lukashenko put sanction-busting crypto on the table after presiding over a flawed election and violently putting down protests. The method has hardly brought joy for Venezuela and Iran whose GDP per capita continued to drop significantly after banking on crypto to fight sanctions. Lukashenko has been actively resourcing and regulating the crypto turf for a rainy day. In common with Venezuela and China, the terrain is ordered to retain government oversight. Lukashenko’s government decides who can transact.

Early cypherpunks like Hughes frowned on regulation but in the present setting, clear policies are often seen as a nod to investors. North Korea’s cypherwarfare, usually targeting loosely regulated South East Asian jurisdictions, has also prompted a growing call for regulation by the U.N, the US and other actors.  Again, states’ operations in cypherspace push the terrain beyond the romances of its early philosophers.

Money is value-free and politically agnostic, and Bitcoin and its crypto derivatives are no exception. However, their campaign against fiat hegemony has depended on progressive optics and contrarian propositions. Having outgrown its novelty phase, cryptocurrency will likely proceed on a mainstream expansion that relies less on the philosophies of its cypherpunk ancestors. The jury is split between Bitcoin bulls for whom the destination is infinity and crypto purists still maintaining fealty to their underground roots.

Having outgrown its novelty phase, cryptocurrency will likely proceed on a mainstream expansion that relies less on the philosophies of its cypherpunk ancestors.

Data shows that privacy features and second-stream coins that offer better shielding from surveillance than Bitcoin and early derivatives are significantly under-utilised in crypto transactions. “As crypto-currencies continue to be adopted by the wider public, its original privacy-oriented ethos must be transmitted in order for it to survive,” crypto analytics firm Coin Metrics comments in a report detailing a false evolution. The emancipatory rhetoric of cryptography provides spiritual glue for the community but no antidote to the habit-forming allure of the mainstream.

The growing investment of geopolitical actors will continue to put the fundamental assumptions of cryptocurrency and blockchain into question. In the emerging cycle, the citizen-focused gains of the alternative financial system will continue to be disrupted and demystified by clashing state interests. To stay ahead of state actors, cypherpunks need to stay connected to their original philosophies of private space and individual freedom.

Advertisement
Related Topics:InnovationTechnology
Up Next

Money, influence and heroism: the allure of political power in Kenya