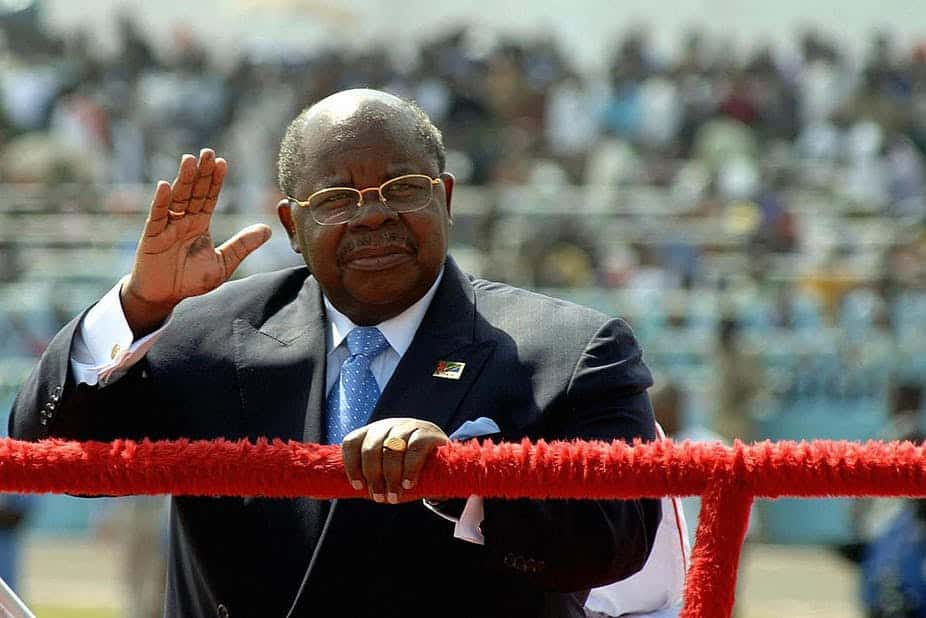 The former Tanzanian president Benjamin William Mkapa, who died on July 24, was the country’s third president. He was in office from 1995 to 2005.

Born in 1938 in Masasi south-eastern Tanzania, Mkapa was a staunch supporter of the Tanzania African National Union, which won independence from Britain in 1961 under Mwalimu Julius Nyerere. His star rose steadily under Nyerere’s long reign – from 1961 to 1985 – as leader of the renamed party, Chama Cha Mapinduzi.

In addition to being editor of the party newspaper and establishing the national news agency Shihata, he served as the Minister of Foreign Affairs, Information and Culture and Science, Technology and Education.

Mkapa was thus an experienced communicator, politician and administrator when he entered the presidency.

Mkapa’s presidency is particularly significant since it represents the first phase of Tanzanian multi-party democracy. It was Nyerere who in 1991 opened debate on a multi-party democratic system for Tanzania. He saw it coming in the wake of developments in neighbouring Kenya, where multi-party democracy was promoted at an early stage by church leaders, civil society and the population at large.

His reported response in Kiswahili loosely translates to,

When you see your neighbour being shaved, you’re best advised to wet
your beard otherwise you will have a rough shave.

Nyerere was a firm supporter of Mkapa and was instrumental in Mkapa’s party nomination to stand for the first multi-party election in 1995.

Mkapa’s government initially faced a gloomy economic position. This was partly based on global economic stagnation. It was also partly due to the previous government’s lack of economic and institutional discipline. His predecessor Ali Hassan Mwinyi (1985-1995) had lost the trust of the international financial institutions which provided substantial assistance and loans.

The first main challenge for Mkapa was to enhance the discipline in state finances and stabilise the economy. The second was restoring confidence among donors by pursuing western-backed neo-liberal market policies. Having agreed to implement proposals endorsed by donors, Mkapa quickly won international trust.

The resumption of external development assistance was not enough to immediately spur the economy. During the 1990s the average annual real per capita GDP shrank slightly.

But during his second term it grew markedly. The main drivers included gold and gemstones, tourism and construction.

Mkapa also oversaw a period in which poverty levels declined, however slightly. Hunger statistics from 2005 showed that rural people were worse off than those of the urban population. His attention to rural areas, so important for Nyerere, grew only towards the end of his presidency.

However, instead of strengthening village and women land rights which the land laws of 1999 tried to do, he went for a top-down formalisation of individual land rights championed by the Peruvian economist deSoto.

Mkapa came to see “property and business formalisation” as a major priority of his government well aligned to international financiers who supported his government handsomely.

These transitions were unable, for the time being, to challenge village and smallholder production and land management systems. But they did create an opening for future administrations to attract foreign investors pushing large scale mechanised agriculture which demand land (mostly village) but provide limited employment.

Coupled with a decline in manufacturing, a rapidly growing rural population was left with limited exit options.

Thus, at the end of Mkapa’s term the challenge of a structural transformation of the economy that could redistribute growth and create sustainable production systems that could absorb labour and importantly rural youth, remained unresolved.

At an early stage, Mkapa sought to enhance the legitimacy of his government both domestically and externally by fighting corruption. His anti-corruption strategy – laid out by the Warioba Report – started in 1996.

But his crusade didn’t result in significant change. Petty corruption linked to foreign business and investment appeared to decline. But graft linked to household service delivery such as health and water did not. In fact, the evidence is that corruption showed an increase during his second presidential term and beyond.

One area where Mkapa’s term saw important institutional, policy and legal development was the forestry sector. This is saw 8 000 registered villages and community groups managing 70-80 % of the national land on behalf of the state.
Policies such as this opened a space for rural and village involvement.

Thus people could use existing institutions from below for the purpose of managing community and joint forest management for villagers’ own benefits. In a significant way, this was Mkapa trying to instil a democratic and participatory spirit in Tanzania.

After his presidency Mkapa was much sought after for his spirit of cooperation, participation and peace. He became an important mediator in conflicts across Africa and including the Kenyan post-election conflict in 2007 and the 2011 referendum in South-Sudan.

The graduate of Makerere and Columbia is rightly hailed by Kenyan and others as a peace maker and true East African and Pan Africanist.

For his people in south eastern and coastal Tanzania he will most certainly be remembered as the president who made real their desire for better transport, communication and cooperation in their part of the country. In 2003 the construction of the long awaited bridge – the Mkapa Bridge – across the Rufiji river – was finalised.

For Tanzanians – maybe as a whole – he will also be remembered as a president who continued and secured the path of peace and cooperation between – and for – his peoples. He was 81.

Tanzania’s Benjamin William Mkapa: a life of achievements and regrets