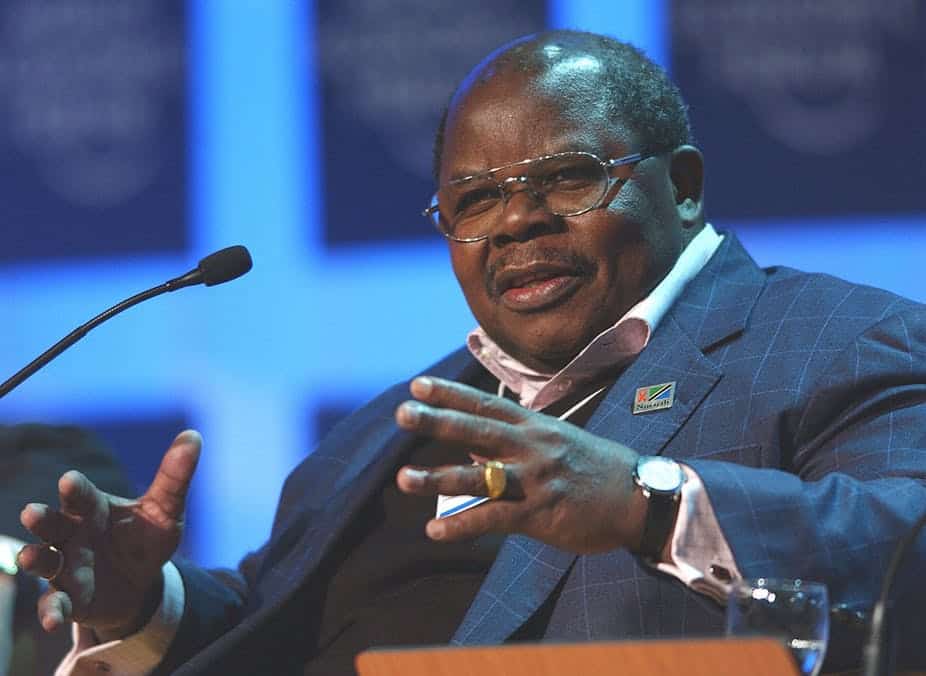 The morning of Friday 24 July 2020 was a day of mixed emotions in Tanzania. Many were saddened by the news that former President Benjamin William Mkapa had passed away. But his death triggered negative emotions too.

These mixed reactions reflected the conflicting legacy he left during his decade as president from 1995 to 2005.

On the one hand, he has an impressive record in building state institutions. On the other, his reign was marked by killings and diminished democratic space.

Mkapa’s last appearance in public happened just a few weeks ago at the opening of the newly built State House in Dodoma which he attended with the other two surviving former presidents. The State House was previously located in Dar es Salaam.

With eloquence and with his hallmark authoritative voice, Mkapa gave what will be marked as his last public speech.

Typical of his detailed institutional and structural mindset, he sought to keep the record straight. He highlighted the foundational work done by previous administrations, in particular the systematic efforts taken towards moving the capital city from Dar es Salaam to Dodoma. Moving the government’s capital to Dodoma has been in the national plans since the 1960s.

He reflected on how he had sought to cement the institutional aspect of government. Indeed, one of his positively cited legacies was the establishment of institutions within government. Two notable ones were the Revenue Authority and the Social Security Schemes.

With this institutional mindset, eloquence in explaining his arguments, the willingness to implement his plans and an ability to marshal international resources, Mkapa can be profiled as a hard ‘realpolitik’ politician.

He was able to balance his strong position at home with active participation in international politics. He managed to get the country through economic reforms and acquired significant financial support (aid), which required technical skills and diplomatic acumen in negotiations with International Monetary Fund and other international actors.

Born in 1938, Mkapa was 23 years old when Tanzania became a independent country. He grew up under the influence of anti-colonial struggles and would be influenced by the project of building a newly independent state. He served in various government positions in both of his predecessors’ administrations including as foreign affairs minister.

In his memoir, which he wrote and published only a few months before his death, Mkapa reflects on his personal life – from early childhood to retirement.

As an English language graduate, US-trained diplomat and UK-trained journalist and editor, his autobiography My Life, My Purpose: A Tanzanian President Remembers, is well written with a narrative that can be followed easily.

Mkapa narrates his early life, the challenges he faced being born into a poverty-stricken environment yet with the relative advantage that he had from his father’s job in the church, his love life, friends and family. It is a testimony to the transformative power of education.

Reflecting on Mkapa’s book together with other autobiographies of renowned Tanzanians who are his contemporaries such as Edwin Mtei and Reginald Mengi allows one to capture the historical and economic context of the times. The then rural Tanganyika lifestyle and differences between regions in the South and North, the political progress from independence struggles, Nyerere’s administration and socialist Tanzania, and the post-Nyerere administration in which Mkapa played a leading role.

In his 10 years of presidency – 1995 to 2005 – Mkapa faced enormous challenges, both domestic and global. His capacity, insight and experience as a diplomat allowed him to interact in global decision making and eloquently push for Tanzania’s place around those tables. He managed to, structurally, transform the country towards a liberal market structure.

There were a number of domestic reservations that are still hanging over in various debates with regards to the state of the national economy. These include the privatisation of major production sectors as well as key services such as banks. In his memoir, he argues with conviction in support of his rationale. To his credit, Mkapa grew the private sector in Tanzania.

He was the first president after the reintroduction of a multiparty system in Tanzania. The election in 1995 was the first multiparty election since 1965. He and his party, the Chama Cha Mapinduzi, faced a strong competition.

Once in power Mkapa’s administration ruled with an iron hand. In particular, he restricted the role of opposition parties as democratic space was increasingly restricted.

Read more:
COVID-19 is casting Magufuli in the worst light, in an election year

The 1990s was a tense decade for Tanzania as the country made the transition from a socialist one-party state to a more liberal, market orientated and multiparty system. Political and religious tensions rose exponentially.

Mkapa used force and presidential power more than negotiations to keep himself in power and to maintain the position of the party.

In his autobiography he confesses to deep regret over the killings in Zanzibar of opposition protesters in 2001 and the use of money from the Central Bank that was intended to serve external debts for ruling party campaigns.

To his credit, he also wishes he had done more, for example, to set up an independent elections commission in Tanzania. This omission continues to be a challenge. The current political debate in Tanzania as it nears elections in October 2020 is the demand for an electoral commission that is free and independent.

The current personality cult in Tanzanian politics shows how valuable Mkapa’s boldness and institutional mindset was for a country in which democracy remains elusive.