This Is Africa presents: Balancing with earth — A humans and nature coexistence storytelling series 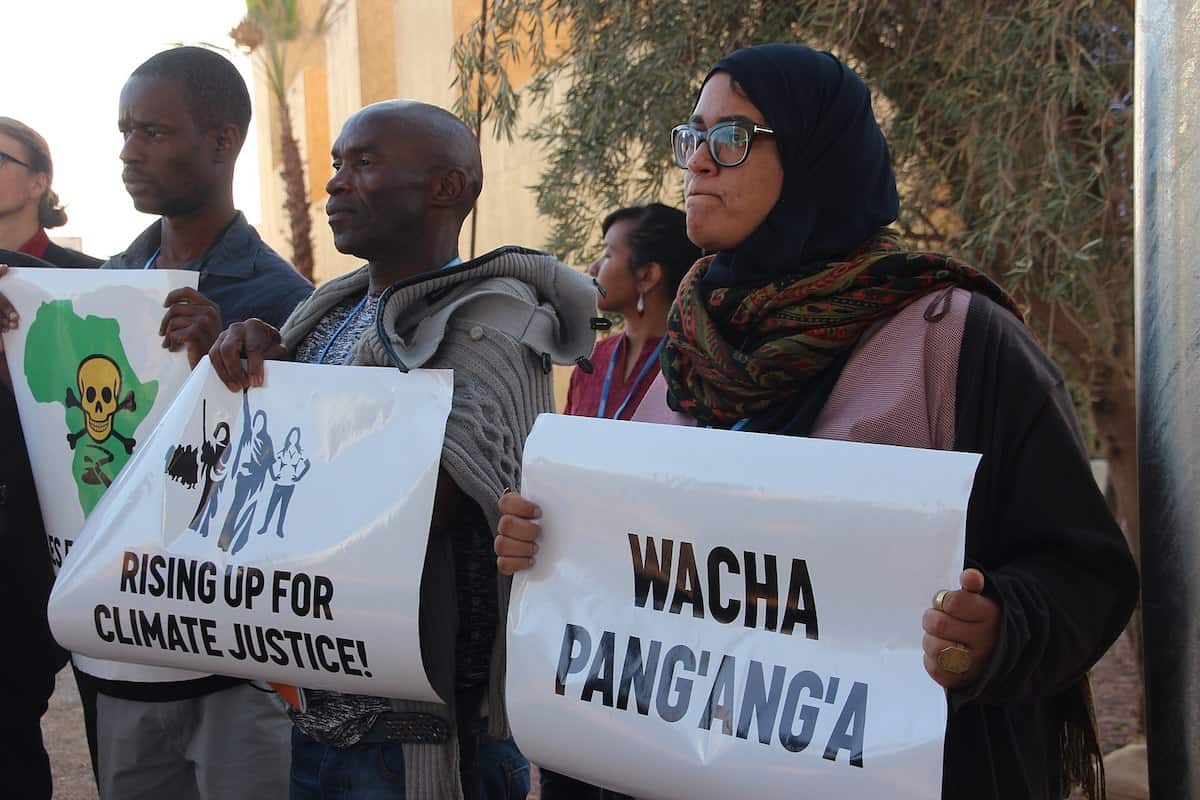 Conversations about climate justice have gathered momentum in the media and on various other forums across the continent. That Africa is in a climate emergency and in need of urgent action is without question. With the unfolding climate crisis, the term climate justice has become a topical, if not an emotive one. While the term has only recently been brought to general attention in the mainstream media, the various issues with which it is concerned have been identified and discussed at numerous international climate change dialogue fora and conferences for many years.

While there is a great deal of focus in the media on the Paris Climate Agreement, its lethargic implementation, or lack thereof in some cases, the stories that attract less attention have been those that focus on the real effects of the changing climate on the human lives that bear the brunt of the crisis. The various ways in which the climate crisis has had a disproportionate economic impact on the urban and rural poor (economically vulnerable households) have now been getting coverage, but more needs to be done, particularly in the African context. We add onto this narrative with a focus on initiatives being rolled out in Kenya to help local community groups develop a sense of urgency and care,  alternative sources of income that will alleviate pressure on the environment.

The African Crossroads community, a member network of future-oriented African thinkers and doers is on  a mission to hack the climate justice conversation. Through their value for collective thinking, African Crossroads is pooling sharp minds from across the continent to break down big, abstract and foreign concepts. The network has centred climate action and ambition in its discussions with Members of its community gathering virtually since June, 2021 as part of their collective exploration on Symbiocene (from the Greek sumbiosis, or companionship). The scientific meaning of the word “symbiosis” implies living together for mutual benefit. As a core aspect of ecological thinking, symbiosis affirms the interconnectedness of life and all living things.

The concept of climate justice needs to be broken down further and information about it needs to be made more available and relatable. Most people who have heard of the concept do not relate to it while others have not heard of it at all, partly because the media/platforms on which climate justice conversations happen are not media/platforms that they have easy access to. Discussions and coverage of climate mitigation and resilience ought to be inclusive. Everyone understands climate justice differently (depending on their culture, geography or background) and it remains obscure for the majority of people and no consensus has been found on what it actually means (since it’s all encompassing). It becomes natural to draw interconnection and interaction putting a human worldview back into the community of life and resisting a competitive war of all against all, hence Symbiocene.

This Is Africa seeks to plug some of these missing perspectives through a broad-based all-inclusive storytelling that centres the work of activists and brings forward under-represented voices. We bring featured stories which amplify and celebrate African climate warriors, those individuals and collectives fighting and leading the climate justice movements. In this series we also highlight innovative practices and initiatives across the continent. The series also explores how various actors, civil society and underrepresented groups are taking on a key role as creators, facilitators and advocates of innovative climate solutions. We look at some innovative interventions and activities which are being rolled out or scaled-up in different African countries in conjunction with vulnerable communities to help to redress climate injustices.

No doubt, conflict between organisms exists, but an overall balance of interests (eco-homeostasis) is in the total interest of all life. In addition, ecology itself is a radical concept in that it requires us all to live within the limits of nature and to live with all the other life forms that share this home we call the Earth. In this series, we explore and reveal what climate justice has meant for the forebears of the African continent. Questioning our cultures and finding similarities in spiritual practices that have upheld nature’s dignity and in essence practiced ‘Symbiosis’. The collection of feature stories, essays, cartoons and illustrations brings together different experiences, initiatives and perspectives on climate action, focussing on communities directly impacted by climate change, the marginalised and indigenous peoples. We hope by highlighting their lives, centering their experiences and stories we may then start reflecting on why urgent action is a major requirement.

The series attempts to address the important questions; what does climate justice mean for a continent that contributes the least to global warming? The stories we bring also examine different and interesting perspectives on climate justice, from a feature article documenting music and culture, specifically looking at community music as a means of advocacy for climate justice in Nigeria to cartoons and illustrations highlighting the existing vulnerabilities.

The G20 nations (responsible for around 75—80 percent of global greenhouse gas emission) have for years promised to deliver 100 billion dollars a year for developing countries, including those in Africa to adopt clean energy and mitigate climate change. For Africa, adaptation and resilience are urgent and critical climate justice issues. However, such a promise has not been fulfilled as rich nations have failed to meet their climate finance pledge. Funding hurdles continue to exist as the climate crisis unfolds in Africa. Industrialised countries (with higher ‘adaptive capacity’) are obligated to provide short and long—term climate finance to help the most vulnerable countries and communities adapt to climate impacts and pursue low carbon development strategies. We look at how vulnerable countries and communities are becoming resilient and where help and support from developed nations should come in. We also explore the solutions and progress on the efforts made to help the most vulnerable countries and communities become more resilient to climate change and to benefit from green growth.

The storytelling series called Finding Coexistence: Earth, Water, Wind, Fire and Us, is a collection commissioned in partnership with African Crossroads.

Look out for the main physi-virtual hybrid event on 14th and 15th October 2021 featuring live and recorded presentations on ECOEXISTENCE –  a call for writing A COLLECTIVE MANIFESTO on how to restore a symbiotic relationship between humans and other-than-human entities (natural elements, animals, data-generated avatars and others). The programme will be broadcasted online in the form of interviews, concerts, storytelling, panel discussions and digital experiences.
Subscribe to African Crossroads Youtube Channel for More!
Related Topics:Climate changeDevelopmentFood securityInnovation
Up Next