The picket was spurred on by the recent death of Uyinene Mrwetyana, a first-year student at UCT who went missing on 24 August. Mrwetyana, affectionally known as Nene, was assaulted and killed after trying to collect a parcel from a local post office.

“The passing of Nene has reminded us of how unsafe our streets are,” said Vice-Chancellor Mamokgethi Phakeng at the picket. “Even public places like the post office are dangerous to us. And that’s why we are here.”

Addressing the crowd, Phakeng said, “We want you to stand with us and join us in saying, ‘Enough is enough!’ We do not want to bury more women.”

“We want you to stand with us and join us in saying, ‘Enough is enough!’ We do not want to bury more women.”

The picket and subsequent memorial events of the day ran alongside the #JustNO campaign that the university launched in July to combat sexual and gender-based violence.

Phakeng said, “In 1994, when we voted, we thought we were voting for our liberation. It seems like we were [forced] into another form of bondage. We do not want that. We want our freedom back. And we want our politicians to hear us.”

The protestors, closely monitored by police, could be heard chanting “We want action” and “Enough is enough”. Other groups of protestors sang songs of mourning for Nene, and the anti-apartheid song “Senzeni na?” (What have we done?).

‘If you’re not outraged you haven’t been paying attention’

Members of UCT’s academic staff present at the picket were quick to vent their anger and frustration.

“I’m angry. I’m terribly sad. I’m sickened by the situation in our country and what’s happening to women.”

“If you’re not outraged, you haven’t been paying attention,” said Professor Jeff Murugan. “Nene was one, but today there are four [murder victims] being commemorated across the city. This is just out of control.”

The mood of desperation and mourning was mitigated by an impressive turnout. Many of the protesters were high school learners and university students, who were given the day off to show their solidarity.

“I hope that this will be a turning point,” said Dr Hedley Twidle. “It feels like it will be.” 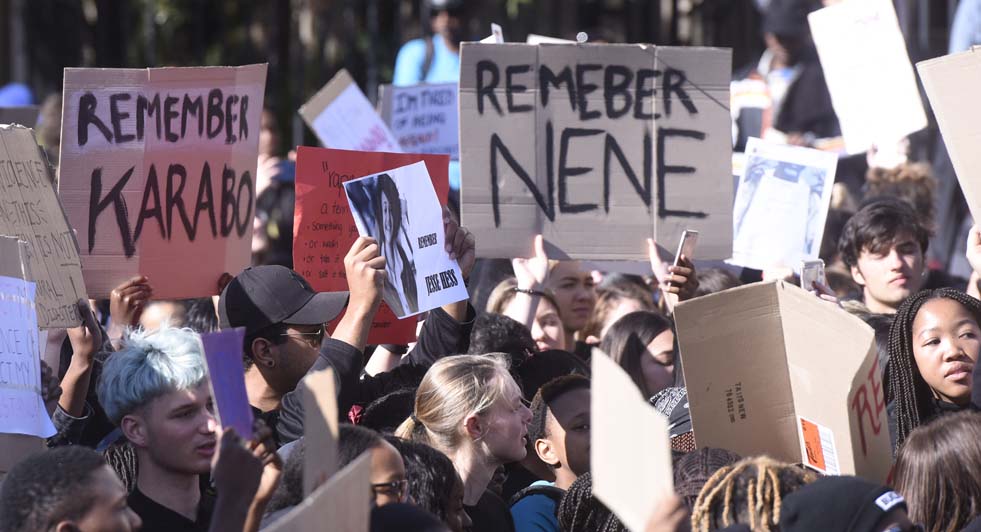 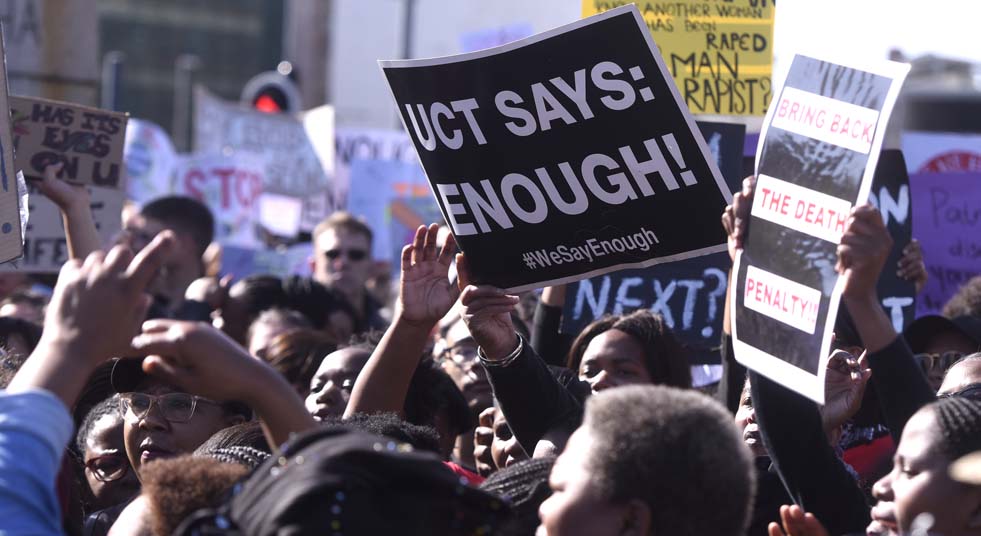 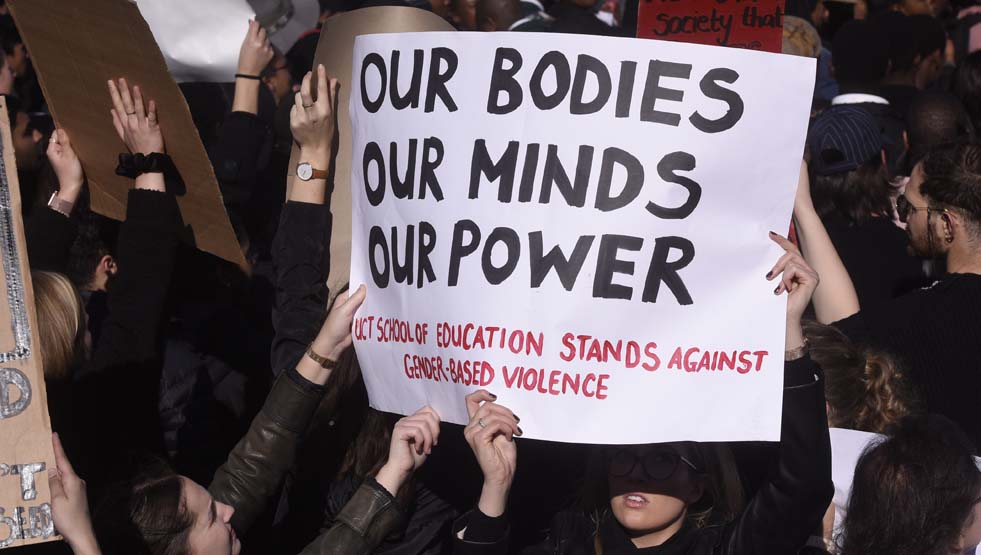 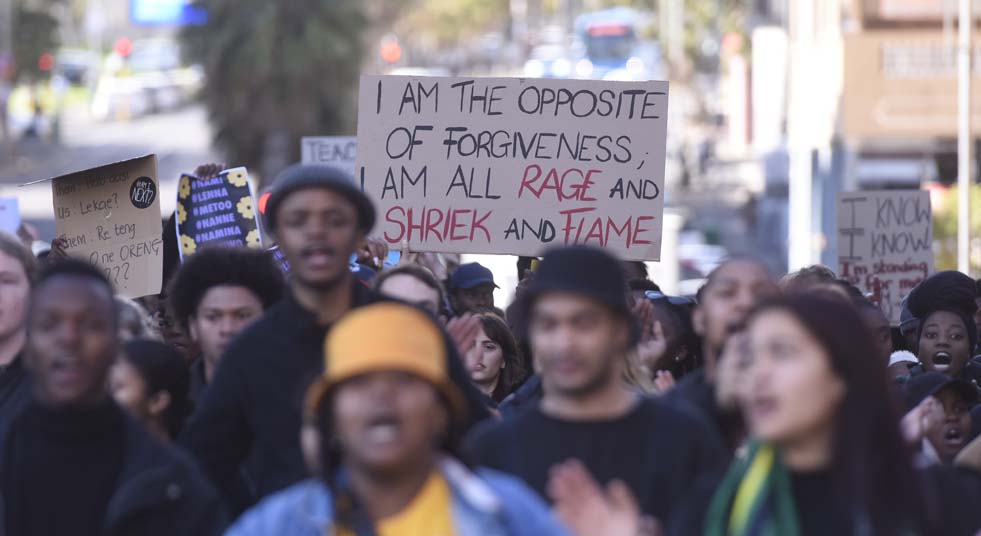 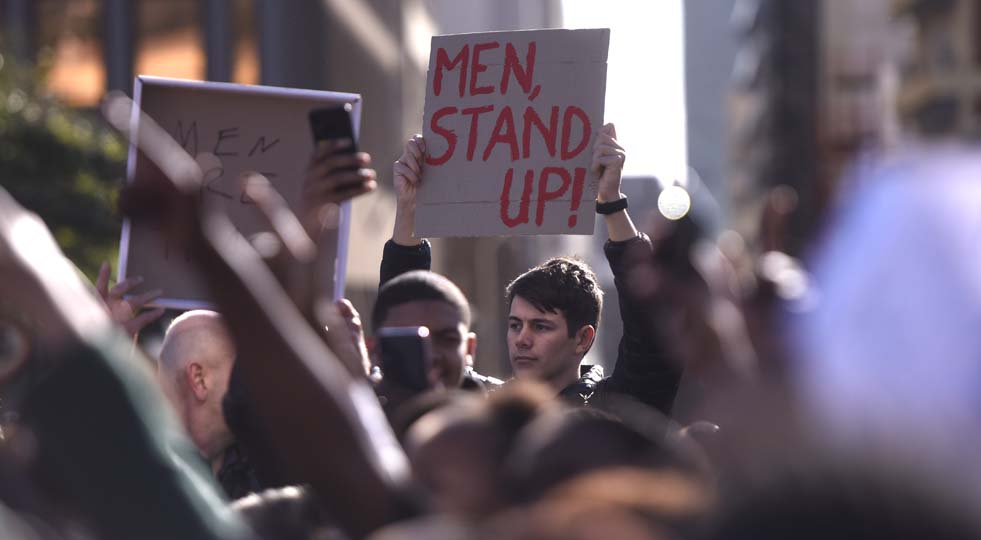 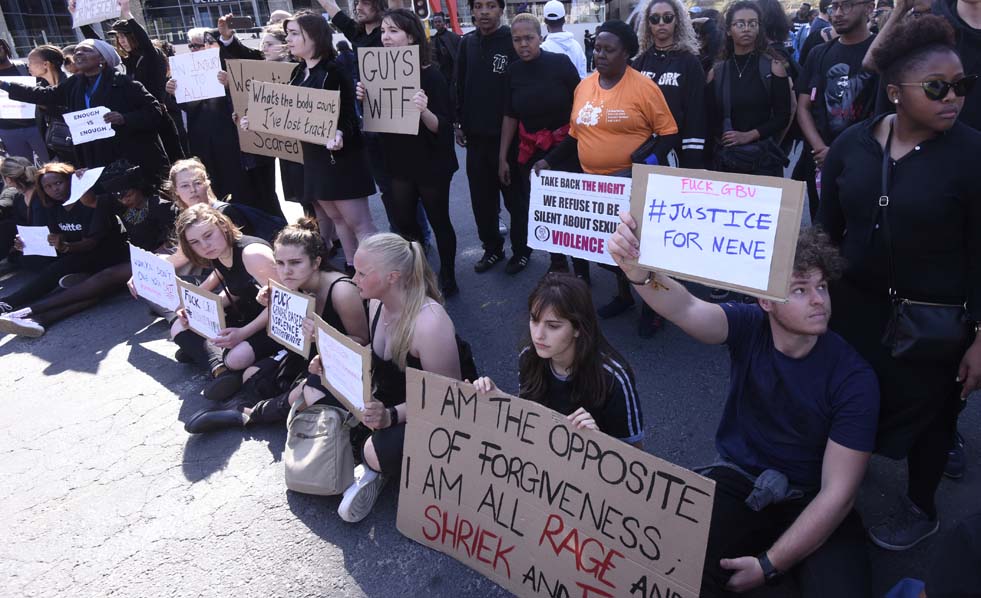 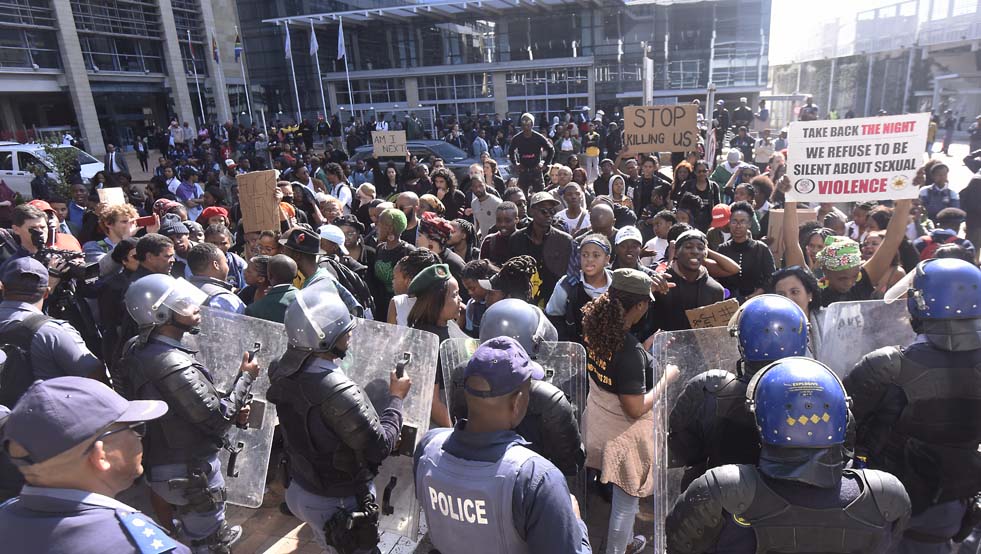 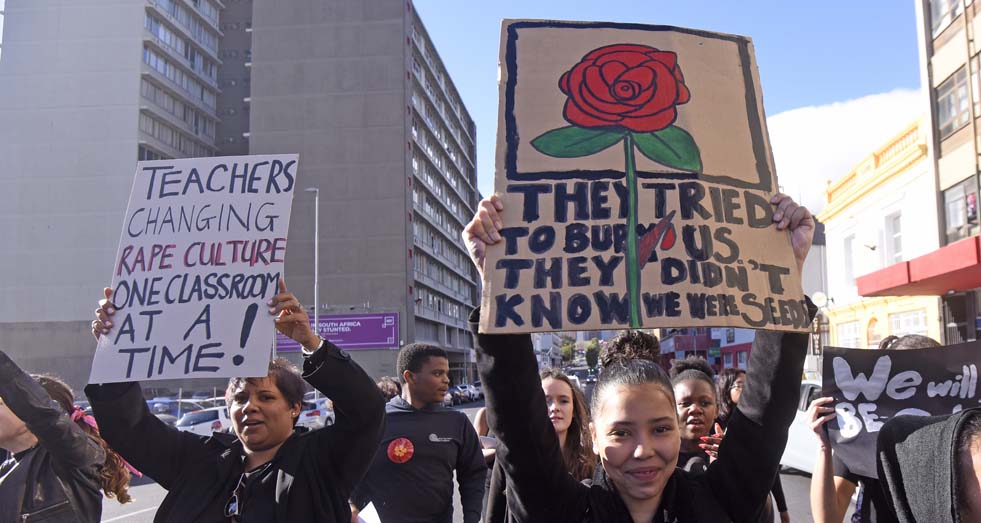 After the picket at Parliament, many of the protestors moved to the Cape Town International Convention Centre, where the World Economic Forum is currently being hosted. There they joined a growing group of demonstrators, which started earlier in the day with a silent protest against sexual and gender-based violence, calling for decisive action from the government.
STORY SARAH MIDDLETON. PHOTOS BRENTON GEACH. VIDEO EVAN ZERF.
(www.news.uct.ac.za).