What lies behind the war in Tigray? 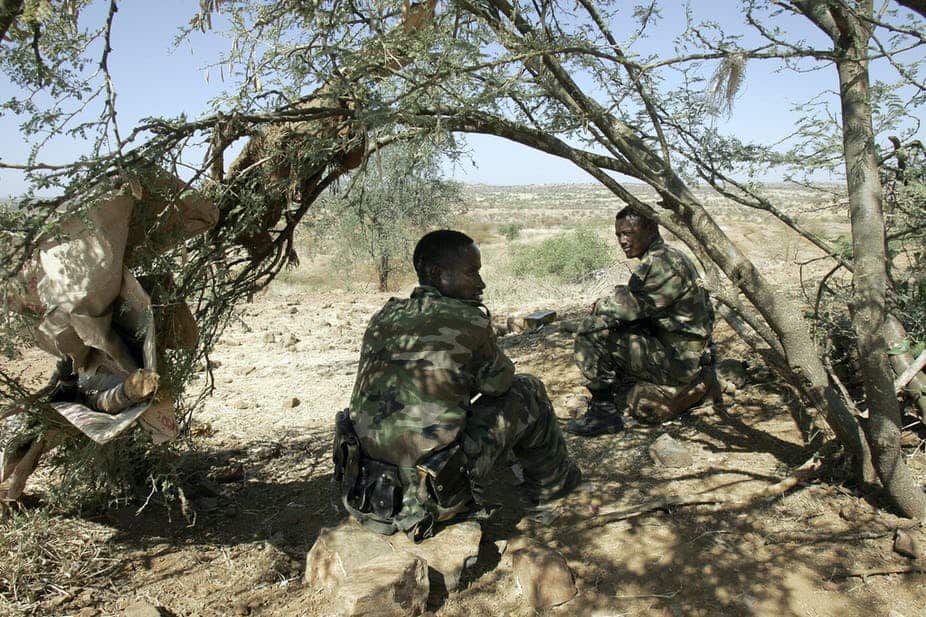 At the core of the current war between the Ethiopian central government and the Tigrayan People’s Liberation Front is the realignment of politics and the contest for political hegemony. In my view, it is about Prime Minister Abiy Ahmed allying with the Amhara to destroy Tigrayan power. This is an attempt to consolidate his position and that of his Amhara supporters.

Abiy declared war on the Regional Government of Tigray in early November 2020. The region is led by the Tigrayan People’s Liberation Front. He accused the regional government of attacking and looting the armaments of the Northern Ethiopian Military Camp.

The Tigrayan elites squandered their political opportunities by attacking the Oromo Liberation Front. They violated the human rights of the Oromo and others. This is what gradually led to the demise of their power in Addis Ababa (Finfinnee).

Ethiopia has about 80 ethno-national groups. The major ones are the Oromo (the largest), the Amhara and the Tigrayans. Emperor Menelik, the architect of the Ethiopian Empire, was from the Amhara. His rule resulted in the Amhara elites and Amhara culture and language dominating the empire for more than a century. These elites now claim that they are the rightful group to shape Ethiopia today in their own image.

The other most powerful groups are the Oromo and Tigrayans who have been fighting their own corners, often through liberation armies. Abiy, a political chameleon, has been manipulating ethnic divisions among the Amhara, the Oromo, and the Tigrayans.

Throughout this period, the Tigray front and its collaborators were accused of gross human rights violations against Ethiopians of different ethnicities. In Oromia, the Oromo People’s Democratic Organisation was a partner in the looting of Oromo resources such as land and in committing heinous crimes.

Meles Zenawi , a Tigrayan by birth, was the master of coalition politics. His deputy, His Haile Mariam Desalegn, became prime minister when Zenawi died in 2012.

After years of protest led by the Oromo Youth Movement Desalegn resigned in February 2018. With his resignation the Tigray front began to lose its political hegemony in the central government.

In response to pressures for reform, and to placate the Oromo Youth Movement, the then-coalition replaced Desalegn with Prime Minister Abiy Ahmed.

Abiy used his affiliation with the Oromo people to come to power. He promised to address issues such as the right to self-determination, political and cultural freedoms, sovereignty (Abbaa Biyyummaa), democracy, making the Oromo language a federal language, and enabling the Oromo to repossess their lands. After coming to power, Abiy ignored all these Oromo demands.

Abiy’s father is Oromo. But he was raised by his Amhara mother, a fact that he has used extensively. Considering his cruelty against the Oromo who embraced him at the beginning, most Oromos now think that his close affinity with his mother shaped his values, philosophy, ideology, and culture.

Abiy’s leadership triggered a realignment within the coalition. One of the consequences was the Oromo People’s Democratic Organisation becoming an ally of the Amhara party. For its part, the Tigrayan front retreated to its home state to reorganise.

On coming to power Abiy launched a reform agenda. It included releasing political prisoners and allowing exiled and banned political leaders to return to Ethiopia.

He also promised to expand the political space, respect human rights, build independent institutions such as an elections board and independent judiciary, and to institute economic reforms.

Based on these promises – and because he initiated peace with Eritrea – he was awarded the 2019 Noble Peace Prize.

But since then, things have gone downhill. Abiy started to implement his political objectives by using the empire’s economic resources and the army. He ignored most stakeholders demanding the collective formulation of a political road-map for the transition to democracy. He began to attack and delegitimise the Oromo movement that had propelled him to power.

He even went as far as deploying the military in the Oromia regions of Wallaga, Guji, and Borana. Civilians have been killed extra-judicially. There has also been widespread killing and imprisonment of Oromo political opposition activists, sympathisers, and journalists. And elections have been postponed.

Abiy claims that it it is necessary to establish command posts in many Oromia regions to fight and defeat the Oromo Liberation Army.

Abiy also spearheaded the disbanding of the ruling Ethiopian People’s Revolutionary Democratic Front. He replaced it with the new Prosperity Party. Since the launching of the party on 1 December 2019, Abiy has dramatically shifted his focus from a democratic transition to consolidating power through violence and terror.

Abiy has introduced four interrelated political initiatives that consolidate his personal and party power. A combination of these factors has led to the current crisis and war in Tigray.

His first approach was the medemer philosopy. Medemer means “coming together” in Amharic. Abiy has co-opted political organisations, activists and politicians by appointing them to state positions. He has also tried to bring ethno-national groups together but without addressing historical and existing collective grievances and contradictions. These include unequal access to political power and economic resources as well as the denial of the right to self-determination and democracy.

Secondly, his use of the Prosperity Party to centralise political power under his leadership has led to Abiy’s critics characterising his government as a modern version of the authoritarian and colonial models of previous Ethiopian leaders, namely Menelik II and Haile Selassie.

His third initiative was to gradually diminish the power of the Tigray ruling elites. He removed them from the central government and important political positions.

The fourth initiative has been to suppress and dismantle the Oromo Liberation Front and the Oromo Federalist Congress, the most popular and influential parties in Oromia.

Some scholars argue that the central government is uneasy with the autonomy of Ethiopia’s federal units. Others say the conflict is about unresolved ethnic tensions and the underlying battle for control of the state.

Abiy’s main aim is to replace Tigray’s leadership with a government that is subordinate to the central state. Abiy’s position as premier would be stronger without pressure from the Tigrayans and the Oromo. These two groups have been most aggrieved by his reforms.

To his advantage, the war is fully supported by key federal allies. These include the Amhara regional state, former Oromo Democratic Party members, and political parties such as the Amhara National Movement, the Ethiopian Citizens for Social Justice, and the Baldars party. All are dominated by the Amhara elites.

Using the Abiy government and the Ethiopian army, the Amhara elites want to recover from Tigray the land they claim belongs to them and to demolish Tigrayan power in order to dominate the empire.

But I believe that Abiy and the Amhara are naive in their belief that they can subjugate ethno-nations such as that of Tigray and Oromo by war.

An immediate ceasefire is needed. And an independent, neutral, and internationally endorsed body should be established to investigate major crimes committed over the last three decades to facilitate a national reconciliation. Also, the transition that has been derailed must be resuscitated and negotiations must begin on how to establish a transitional government that will prepare Ethiopia to become a true democracy. Otherwise, Abiy and his supporters are leading the empire in the wrong direction, one that may result in the collapse of the state, more humanitarian disasters, and the end of the empire as we know it.

Asafa Jalata, Professor of Sociology and Global and Africana Studies, University of Tennessee