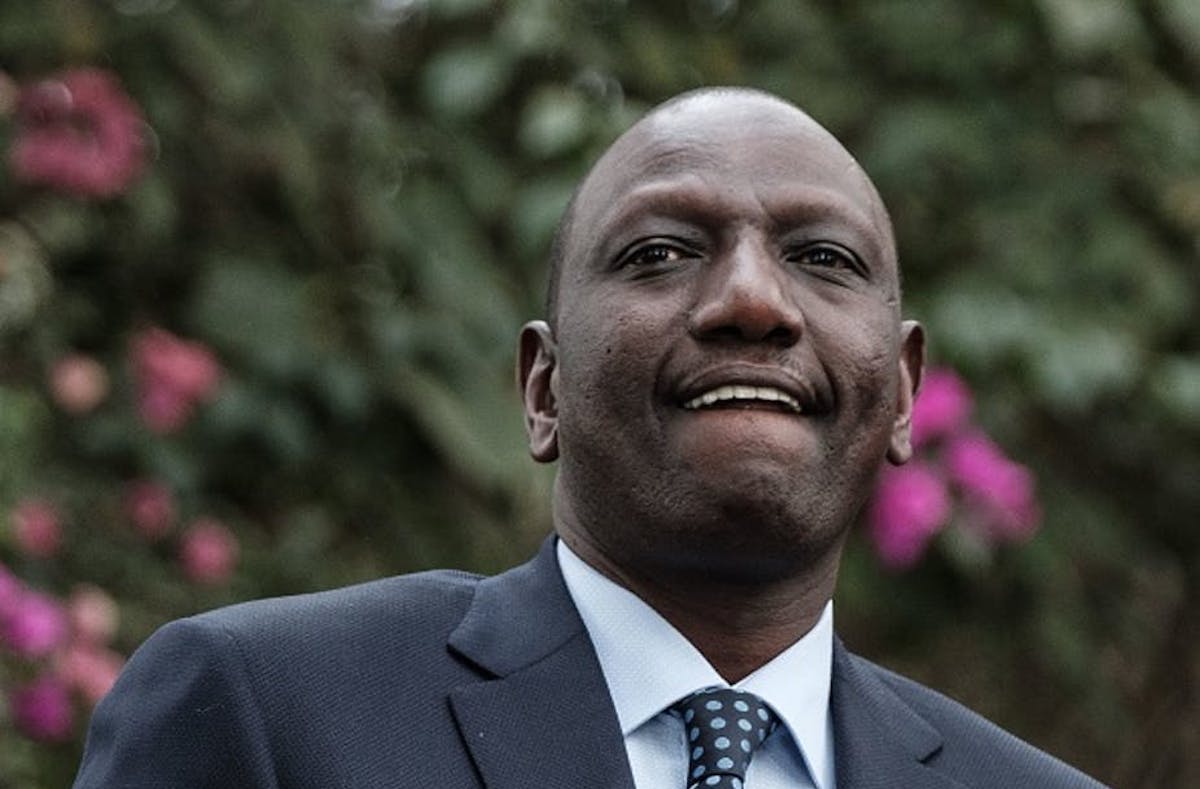 The recent party nomination of deputy president William Samoei Ruto as a presidential candidate sets the stage for a tight race in Kenya’s elections scheduled for early August.

Ruto, 55, is leader of the United Democratic Alliance party, the newly formed and largest party in Kenya, under the Kwanza (Kenya First) coalition. His main rival is Raila Odinga, 77, who will run under the rival Azimio la Umoja (Unity Declaration) coalition.

Against sustained pushback by the incumbent, Uhuru Kenyatta, Ruto is determined to succeed him. Kenyatta is instead backing his former archrival and longtime opposition leader Raila Odinga.

Kenyatta and Ruto are former allies: Ruto campaigned for Kenyatta during his first presidential attempt in 2002, which he lost. Both were indicted by the International Criminal Court (ICC) as the suspected masterminds of the mass atrocities that followed the disputed 2007 elections. They then teamed up to contest in 2013. They prevailed in 2017 as well, but not before the Supreme Court annulled the first round.

Ruto has characterised Kenyatta and Odinga as the embodiments of [dynastic politics] and entitlement. The two are sons of Jomo Kenyatta and Oginga Odinga, Kenya’s first president and first vice president respectively.

In contrast, Ruto is of humble upbringing. He invariably invokes his background in hawking chicken by the roadside to affirm his appreciation of the dire circumstances of Kenya’s downtrodden.

As an outlier in Kenya’s political power matrix, which is dominated by a tiny clique related by familial and economic ties and adept at manipulating tribalism, Ruto was elbowed out by the establishment. But he has somersaulted back by appealing directly to the masses.

For almost six decades, political and economic power has been confined within a group around Kenya’s first two presidents – Kenyatta and Daniel arap Moi. Raila Odinga joined this group in the sunset years of Moi’s tenure. The group has leverage over state agencies and the security apparatus. It exploits state power to advance commercial interests spread across the entire gamut of Kenya’s economy.

Ruto is also certainly a man of means. According to his opponents in the government he too has extensive business interests. It’s for this reason that Ruto has been been accused of hypocricy for championing the downtrodden, or ordinary Kenyans whom he refers to as “hustlers”.

Pivotal to Ruto’s campaign is his bottom-up economic model. Its pillars are the dispersal of economic and political opportunities, and dignifying the poor. It invokes equity, inclusivity, social justice and fair play.

His “hustler movement” has been propelled by mass unemployment, poverty, inequalities and state excesses such as extrajudicial executions.

Ruto has reinvented himself as the agent of class consciousness hitherto absent in Kenya’s political discourse and competition. By rebranding himself as the antithesis of the status quo and personification of the hopes of the poor, his messaging has resonated with a cross spectrum of the marginalised.

Based on recent polls, not all credible, he is in pole position with a few months to go. An insider running as an outsider, Ruto has a realistic chance of winning in August. If he does, he will have to overhaul Kenya’s socioeconomic and political edifice to assuage the restless and disenchanted populace. If he doesn’t, he risks becoming a casualty of his success.

The making of candidate Ruto

Following disputed elections in 2017, Kenyatta and his close allies embarked on a campaign of vilification against Ruto. He was soon edged out of the government and remained a Kenyatta’s principal assistant in law only. Kenyatta transferred his official responsibilities as deputy president to a loyal cabinet minister in an attempt to whittle down the office and clip Ruto’s political wings.

The aim was to delegitimise and frustrate him into resigning, thus knocking him out of the succession race.

In Kenya’s media, including social media, Ruto is the villain; the bogeyman. Through newspaper headlines, hashtags, prime time news and talk shows, he is depicted as the skunk of Kenya’s politics solely associated with vices such as corruption, land grabs, impunity, unbridled ambition, insolence, warlord politics, and ethnic cleansing.

Ruto cut his political teeth under the mentorship of the long-serving autocrat Daniel arap Moi in the early 1990s. Facing presidential opponents for the first time in 1992, Moi mobilised the youth vote with the help of young politicians, under an outfit known as Youth for KANU ‘92. Ruto was one of the youthful politicians who crafted the successful – but equally infamous – re-election strategy in 1992. This involved Moi sanctioning the printing of money used to bribe voters, among other things.

Ruto’s entry into parliament in 1997 was in defiance of his mentor. Moi, a fellow Kalenjin from the Rift Valley, had tried to prevail on Ruto not to run. Moi exited in 2002 and Ruto astutely won over the Kalenjin voting bloc and used it as a launching pad into national politics. Moi had wanted to bequeath it to his son, Gideon. Hence the fallout between Moi and Ruto.

The Kenyatta-Moi-Odinga axis, which Ruto has propped up in the past, has turned against him, fearful that he would end their economic and political stranglehold. They perceive Ruto – relatively young, astute, ambitious, prescient and gallant – as a threat to their dubious privileges.

In 2010, Ruto stood out from this coterie and mobilised against the passage of the current constitution. He recently defended his stand on the grounds that he did not approve of some parts of the new constitution – but embraced it once it was passed.

He faulted Kenyatta for violating the same constitution through blatant defiance of numerous court orders and weaponising oversight bodies and state agencies. Ruto also accused Kenyatta and Odinga of a conspiracy to illegally amend the constitution to consolidate their power through the Building Bridges Initiative. Though quashed as unconstitutional by the high court and appeals court, an attempt to revive the initiative is now before the supreme court.

Ruto frequently quotes the Bible and attends church services regularly, during which he donates generously or pledges future funding. These acts of generosity may endear him to some in the dominant Christian population. But this seemingly ecclesiastical bent masks a consummate political strategist.

On the stump, Ruto constantly castigates hoarding of state power and economic opportunities by an insular elite. He avers that empowering the masses will enhance social cohesion and reduce political instability.

Despite the rhetoric, Ruto is a creature of Kenya’s political culture, notorious for a lack of scruples. Its elite is anglophile in outlook, and disdainful of the poor. It is also mired in impunity and tribalism.

Ruto’s political legitimacy, like that of Kenyatta and Odinga, is derived from visceral tribalism. His is constantly campaigning in Kikuyu regions, like Odinga and Kenyatta.

What is significant is that Ruto’s reframing of the political discourse into hustlers versus dynasties has accorded him traction and set the tempo of this election despite the government’s abysmal scorecard. He has made this election about the rule of law, constitutionalism, equalisation of economic opportunities and competitive plural politics.

This contrasts with Odinga, who has publicly defined himself as the status quo candidate, an extension of Kenyatta tenure and therefore out to preserve the exclusive political and economic arrangement that dates to colonialism.

The stakes are high for Kenyans. A Ruto victory could end the dynastic dominance of Kenya’s politics and economy. Peripheral actors could rise. As to whether Ruto would prise open the economy for the benefit of all, that remains an open question.

Human Rights is a sham: A dispatch from the Neocolonial state