Human Rights is a sham: A dispatch from the Neocolonial state 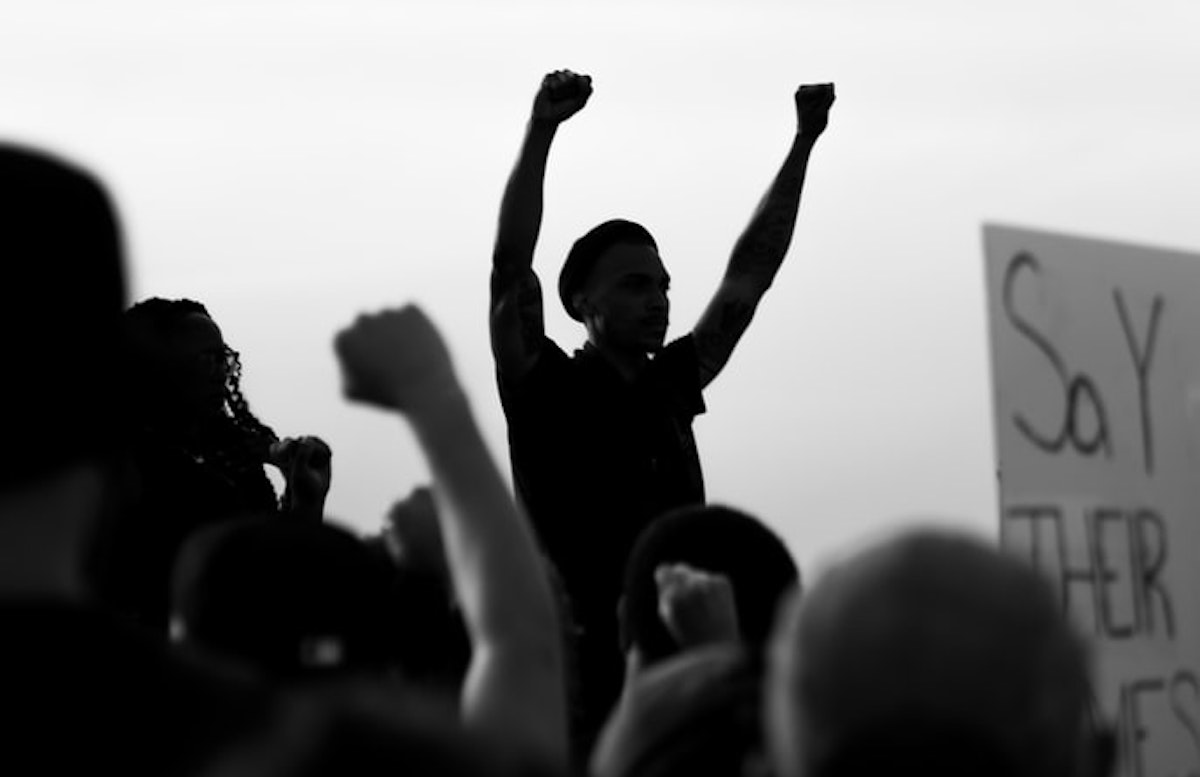 It was late evening, the 1st of November in the age of the Neocolonial state. The heat unbearable and as sea levels rise, we wonder what will become of Banjul, the small isle capital of my country, amidst the melting caps of the oceans. The birds don’t chirp that much anymore and my neighbourhood, which used to host one of the greenest reserve parks, is filled with runaway monkeys whose home have been destroyed to build a monstrous conference centre for a one-off Islamic conference. The roads are eroding and getting smaller, through which we see the proliferation of road accidents that claim lives ever so frequently. Through it all, the uncertainty of social mobility has forced my friends and others unknown to brave the high waters of the Mediterranean in an effort to escape, seeking flight through little boats to fascist, racist Europe. Many drowned and we mourned them, many are still missing and we wonder what became of them, and others caught as slaves in Libya, we are doing what little we can do by way of rants, tweets, and status updates to fight for them to be free.

This is not a diagnosis of the Neocolonial state but a reminder of the pain and confusion that beset it. Independence came in 1965 (others maintain 1970, but what does it matter?). We have a national anthem, we have a flag, we have a government and several seats in international bodies. But in the words of the Kenyan historian Maina Wa Kinyatti “my country is still a neocolonial state – a client state of imperialism.” The European Union gives my country 550,000 Euros yearly for fishing our waters whiles they make millions. The land of the farmer, ancestral land, communal land has now been up for grabs between different real estate companies. Our government, which is just a subsidiary of Capital and worst an investment, has sold the dreams of our people for a better life by signing dubious deals with the World Bank and IMF which are coming back to haunt us in many more ways than one. Forget China, that’s a whole ‘nother blues we will get to another day in how it cements oppression and the trodding of our people in the mud.

The electricity and water supply comes and goes at will ever as erratic as the state itself. The child who grew under the shadows of the neocolonial state only knows one-third darkness and dehydrated taps. She goes to schools that can’t teach her to be any better than a broken machine and when he gets sick he goes to die in the public hospital where there are little to no drugs. Whiles all this is happening my people are kept busy with elections and chanting “we want democracy! We want human rights!” These hymns composed by another order of being are to be sung in the eternal bitterness that hangs over the poor neighbourhood. Voting is a sacred act, a ritual of the neocolonial state. Its gatekeepers from the outside are ever vigilant that the “rule of law” be upheld – as if they care if we live or we die. But they triumph every time because rituals are things our people love as a therapeutic act in the service of their secular gods -neocolonial man is ever beholden to white supremacy and Eurocentric false universals.

File picture. An image grab shows supporters of then opposition candidate Adama Barrow cheering on the streets of Banjul, after the latter pulled off a stunning victory in the Gambia, comfortably winning a presidential election and putting an end to the 22-year rule of Yahya Jammeh, official results showed on December 2, 2016. Photo: ANP/AFP/AFPTV. Joe Sinclair

Activists clamour for it, this democracy within the neocolony. They protest and die for it. They end up in jails for these sacred rituals of the neocolonial state. They are told and preached to by the high priests of this order that democracy and human rights are the most important standards any nation can have. They are more important than anything you can imagine, material or otherwise. The justification for these grandiose pronouncements are of course made even more valid by the longstanding dictatorships and tyrannical rulers of the land. As if the antidote to tyranny is more rights and more voting and more speeches and more marches. As if rights matter if you can’t realise them. As if the right to health means anything if there are no doctors or drugs in the hospitals. But this class of activists in the neocolonial state are pontificated to and they keep marching “onwards to more rights!”

Once in a while the masters gather them and train them on non-violent organising. The good cop; soft imperialism. While they teach them how to be peaceful and creative in their nonviolence, they are building military bases all around them. But they are not permitted to question these things, and once in a while, if one of them does, the masters tell them nicely that they have nothing to do with those things. Even though they admit their funding – the peaceful masters and their conferences and the military complex comes from the same place, they say with all meekness that they’re only peacemakers – and blessed are the peacemakers, for they shall be called the children of God. I used to be one of these activists. But I am a rebellious slave.

While they teach them how to be peaceful and creative in their nonviolence, they are building military bases all around them

More insidious is the political class. This class of mostly men. Mostly the educated. Mostly the urbanites or the runaway rural dweller. This class does whatever it takes to get the votes. They will swear to the God they serve that they love our people more they love themselves. They will spend days and nights with the masses. They will come with their trunks of believers in the clamour and squalor of it all with their drums and microphones. In prophetic tones they will preach the need to deliver the people from the poverty and misery. The people, ever the believers, will clap and dance with them. They will many times use tribal sentiments, ever so subtly, to entice. They will use religion and mythologies with a vast glimpse as to its great potential in the land of the superstitious. This petty bourgeois class, ever the slick ones, will muddle, confuse, distort and divide the masses just to gain that throne in the remote capital. The day they win and they are declared king in the land of the intentionally blinded, they remove their mask and go on to unleash terror in the land. They sell what little gains the people have made. Everything becomes a commodity and everyone becomes a target for their dark capricious whims.

At once they will set out to develop their ancestral villages and turn them into shiny little capitals whiles sending their kids to private schools in the ivory towers of Babylon. They disappear from the masses they once danced and cried with (albeit with fake tears). Their tones change. You can detect the scorn and the threats. The cold laughter in their hearts coming forth in all its glory as they sign new deals with the gods of Capital and Empire. They fattened their offshore accounts by usurping those very deals and loans. Mission accomplished! They now busy themselves with democracy and human rights and how “we are in constant dialogue with the youth and women through the civil society organisations.” Civil society organisations?

Those are ominous words strung together to mean organisations filled with those activists who are branded with love of the constitution and neoliberal morality. The political class has won the day, and the cycle begins yet again as the unbearable heat intensifies, and the birds stop chirping, frightened by homeless monkeys in my gentrified neighbourhood.

Related Topics:ColonialismColonisationGambiaHuman rights
Up Next

Tanzania’s Hassan has made changes: but the ruling party retains a tight grip