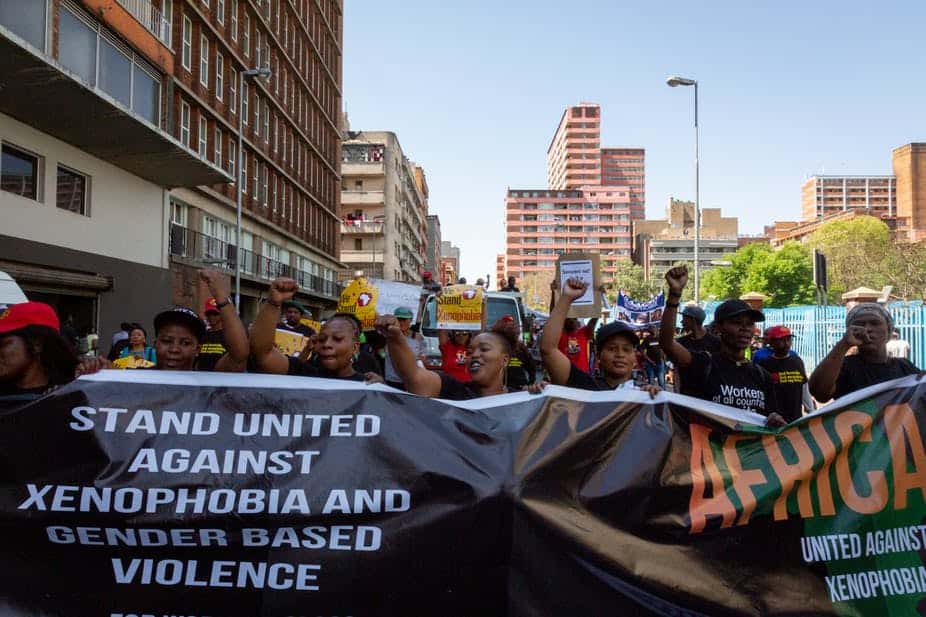 South African President Cyril Ramaphosa was heckled during the recent funeral service of Zimbabwe’s erstwhile leader Robert Mugabe. It was easy to guess why. When he stood to speak, Ramaphosa apologised for weeks of violence in his country targeted at non-national Africans.

Immediately after this apology, heckling turned into cheers. His apology, a stroke of ingenuity, defused the tension. But it didn’t answer the key question that philosopher and political theorist Achille Mbembe once asked in relation to xenophobic violence in South Africa:

When we say ‘South Africa’, is ‘Africa’ an idea or simply a geographical accident?

To many, the answer appears pretty obvious: recent events that have seen people baying for the blood of “foreigners” makes the meaning of Africa in South Africa meaningless.

Importantly though, xenophobia is not a uniquely South African phenomenon. Nor is it simply a question of violence against non-national Africans. It is the consequences of the historical burden that colonialism has bequeathed the continent. This refers to colonially determined borders.

These borders separated African people into different nationalities. They were maintained after Africa’s independence. This spawned nationalisms. Xenophobia is the function of the contests of these nationalisms. As the British social scientist Michael Billig explains in his book, Banal Nationalism,

the triumph of a particular nationalism is seldom achieved without the defeat of alternative nationalisms and other ways of imagining peoplehood.

Xenophobia negates the spirit of pan-Africanism, especially its laudable ideal that Africans share a mutual bond regardless of their geographical location.

That xenophobic incidents are increasing in post-apartheid South Africa is unexpected. In its formative years as a democracy since 1994, the country had assumed the leadership of the African Renaissance cause. It was championed by former South African President of Thabo Mbeki who advocated pan-African “cohesion of economics, culture, growth and development”.

Mbeki eloquently stated that, for African countries to assert their influence in global affairs, their governments should

Why then do impulses of aggressive patriotism exist in the post-apartheid South Africa? Shouldn’t this pan-African disposition have foregrounded the term “Africa” in “South Africa” as an idea. Shouldn’t it even have shaped the country’s nation-building and state formation project?

Xenophobia and pan-Africanism are antinomies. They have opposite implications on state formation and nation-building.

Xenophobia is a function of insularity – lack of interest in others’ culture, outside one’s own experience. South Africa’s insularity was facilitated by the fact that it was a pariah state for many years. The apartheid system’s strong border control played a role, too. The country internalised the intolerance of difference. This explains its social disorientation, suspicious of foreigners as “unknown others”.

In many instances, non-national Africans are the primary target of this suspicion. They are, therefore, more likely to be on the receiving end of xenophobic violence.

An appropriate term for this is afrophobia. This is the dehumanising of people of African descent, and in the diaspora, because of their physiques, colour of their skins and behaviours.

The post-apartheid project of nation-building is the by-product of the contradiction of insularity agitating for “South Africanness”, and the African Renaissance as an all-embracing crystallisation of the consciousness of the whole of Africa’s people.

A system of organising society in which individual rights and freedoms are protected, and the markets are left to their own devices, spawned insular nationhood. This trumps the pursuit of a common African identity. It is because of this that, as the socio-economic grievances of the nationals increase, largely because of the economy’s poor performance, nationalism morphs into jingoism. The non-nationals become scapegoats.

Often, the consequences of this, as laid bare in the streets of Gauteng province, are pernicious.

Unfortunately, because of this, South Africa’s moral authority, which it earned after it became a democracy by playing a prominent role in Africa, is at stake. Hence its government is at pains to accept that xenophobia exists, and that it has been on the rise in the post-apartheid South Africa.

Of course, in some instances this phenomenon is opportunistically used to obscure the criminal activities of some non-national Africans in the country. But the suggestion by some in government that attacks on foreign nationals are sheer criminality rather than xenophobia is not cutting ice.

Some South Africans also became the victims in retaliatory attacks.

Coupled with calls that South Africa should be shunned, all these beget a cycle of internecine hostilities. These fracture economic, political and social relations.

Unfortunately, dissociation is not a solution. It’s a cop-out. If South Africa were to become a pariah state – again – whose interest would be served, and to what end? Wouldn’t it be those who, in the Berlin Conference of 1884-1885, negotiated the rules about the scramble for Africa?

Their borders that balkanised Africa continue to stoke interstate acrimony. The xenophobic flare-ups in South Africa should be understood as the cumulative effect of this historical burden.

What needs to happen

Ramaphosa sent special envoys to the countries whose citizens were mostly affected by xenophobic violence – Nigeria, Niger, Ghana, Senegal, Tanzania, the Democratic Republic of the Congo and Zambia – to mend relations. This is a good diplomatic gesture.

However, this shouldn’t simply be a charm offensive, but instead a deliberate pursuit to give meaning to the term “Africa” in “South Africa”, which has waned after Mbeki’s presidency. South Africa should reclaim its leading role in Africa’s renaissance.

Re-imagining the future of Africa requires true commitment to pan-Africanism, anchored in the African philosophy of ubuntu (humanism), which decrees that

I am because we are.

The pan-Africanism spirit shouldn’t be fostered only in the African leadership and diplomatic circles, and used for political expediency. It should be part of the psyche of society and become a lived daily experience.

Xenophobia is a function of attitude. It thus requires the intervention of social institutions, such as universities, to mainstream pan-Africanism as a philosophy in their curricula and teaching.

It is important to shape the characters of students, who are future leaders, to understand that human co-existence is not a function of nationality, but of humanity. This should be part of the decoloniality agenda in Africa.

Can South Africa repair its image damaged by xenophobia?