Zuma versus Gordhan: the stakes have never been higher
Advertisement 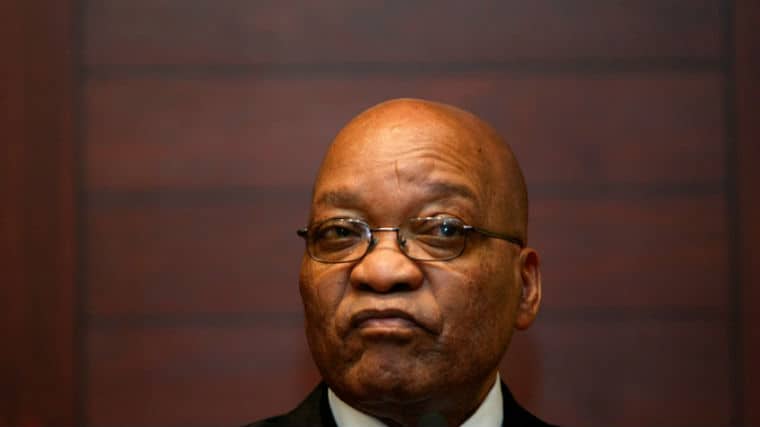 He was, of course, referring to the South African Revenue Service (SARS) commissioner’s absence from Parliament during the budget speech and the ongoing battle regarding the SARS ‘rogue unit’, into which Gordhan has now been dragged.

In a show of overt support, Manuel was also present at the Kelvin Grove post-budget breakfast, where Gordhan was the headline speaker. The event itself was somewhat curious and indicative of the battles for access and privilege that are being fought behind the scenes.

Initially billed as an eNCA exclusive live broadcast with Gordhan, it quickly became a compromise event with the South African Broadcasting Corporation (SABC) airing it live first, followed by eNCA.

Sunday’s papers reported that Gordhan had refused to attend an event labelled as a ‘New Age’ or ‘SABC’ breakfast. A last-minute threat from the upstart SABC chief operating officer, Hlaudi Motsoeneng, allegedly seems to have brought about the compromise of a dual broadcast, but without the New Age sponsorship, however. Who was trying to dilute Gordhan’s power?

Gordhan’s much-awaited budget speech was a mixed bag in tough times. Its efficacy will largely depend on whether he is able to rein in his colleagues and more specifically, his boss. And herein lies the rub.

In what was a classic Zuma move, it was no coincidence that the day before the budget speech, Zuma called Des Van Rooyen a ‘comrade’ – and described him as ‘the most qualified finance minister South Africa has ever had’. In one fell swoop, the president sought to undermine his finance minister by stealth.

Since December, the established narrative has been that business people and others aligned to the African National Congress (ANC) had forced Zuma’s hand to fire Van Rooyen and appoint Gordhan. It was, many said, a sign that Zuma’s power had weakened and also that those within the ANC who wanted to prevent sure economic ruin, had won out. For now – one might have said at the time.

Zuma – the political street fighter and strategist, so beholden to rent-seeking cronies – would seek surely fight back in some way? This is, after all, a president who has spent the better part of his time in office protecting his own interests.

But late on Friday things took a rather surprising turn when Gordhan himself issued a press release and spoke out against the letter he had been sent by the Hawks questioning him about the so-called ‘rogue unit’. In unprecedented fashion, Gordhan hit out saying that we are witnessing a battle from a ‘small group’ who would ‘disrupt institutions’ and who are not ‘interested in economic stability.’

And so Gordhan has hit the nail right on its head. The ANC immediately came out in support of Gordhan with uncharacteristic speed and a lack of ambiguity. But which part of the ANC?

As citizens, South Africans are left mostly in the dark as proxy battles for power and state capture have now spilled fully into the open. Zuma, master of the dark arts that he is, immediately dismissed reports that his support of Gordhan was ambiguous, saying this is ‘rumour and gossip’.

We can be very sure, however, that our president sits at the heart of this battle not for the soul of the ANC, as some have called it – but rather the battle for the very heart of our country. Gordhan’s press release again shows that the tussle is between our future as a constitutional state where institutions hold to account those in power, or a one captured by cronies who would loot the state for their own purposes.

ANC Secretary General Gwede Mantashe and others within the party are well aware of this, and of the potential economic impact of a treasury and finance ministry in disarray. Already, we are feeling the effects of this battle spilling into the public sphere, as the rand has taken another tumble in an already jittery environment for emerging markets.

Against this backdrop, it is therefore no coincidence that North West Premier Supra Mahumapelo (one of the so-called ‘Premier league’ of Zuma supporters), recently came out in fanciful praise of the Guptas’ contribution to society. It is also no coincidence that the National Prosecuting Authority and the Hawks are in disarray. This surely suits Zuma?

Hawks head Berning Ntlemeza was controversially appointed even after a Pretoria High Court judge found him lacking in ‘honour and integrity’. This is hardly the type of man one wants to head a corruption-busting unit. Yet he remains in his position. It is no surprise that he is rumoured to be close to former crime intelligence head, the equally controversial Richard Mdluli.

Gordhan’s appointment directly affects those who wish to siphon money off the state, be it through lucrative nuclear energy deals, within state-owned enterprises or elsewhere. To them, Gordhan represents a stumbling block to be removed at all costs.

It’s high noon, and thanks to Gordhan the battle for our institutions is now in the public domain. Zuma remains the master of dark arts, and so Gordhan will need to watch his back – as he is no doubt acutely aware. One might ask why Moyane so brazenly absented himself from Parliament last week, and why Ntlemeza is emboldened too to step into the fray – just as South Africa is trying to stave off an economic crisis of Zuma’s doing.

Again, the answers inexorably lead us to the president himself, and the political cover that these protagonists believe themselves to enjoy.

We are in dangerous and difficult times. Gordhan’s words from a few days ago could be prophetic: ‘If you see me sitting here in October, then I have political support and if not, then I don’t have political support. That’s how life works.’ If it is indeed high noon for South Africa, we will have to wait and see who the Gary Cooper of the Wild West really is.

This article was originally published by Daily Maverick and the Institute for Security Studies and is republished here with their permission.

Advertisement
Related Topics:PoliticsSouth Africa
Up Next