This was the greeting I received upon meeting Charles Githinji, a.k.a Charlie, the proud owner of a children’s costume shop along Loresho road, opposite JD’s supermarket.

A modern-day JAY. Gatsby born in a slum in Nairobi, Charlie epitomises the idea of dictating one’s fate despite the adversity of the situations we’re born into. Much like Gatsby, the beginning of Charlies’ life had its vestiges in poverty and it didn’t seem like that was going to change anytime soon.

“I was born in Kibagare slum in Kangemi. My mother died when I was seven and so I was the only one able to, at the time, take care of my sister and younger brother. So, I entered the streets pretty early in my life.”

“Living as a street kid isn’t easy. I had my lowest point in those years when I became a victim of mob justice. It was like I was sick. For an entire month all I could do was wriggle helplessly in my bed. I was at the mercy of my body. Waiting for my wounds to heal.”

He points to some scars on his head.

“It was hard but I had to keep going. I had my family waiting on me because they were nearly as helpless as I was without my effort. Not long after, I joined a gang. The trouble with the streets is that the money you make there never does anything for you. It never did anything for me. Though one thing that I’m proud of is that I was able to give my sister an education. All the way through to University. It’s one of the benefits that came along with being in a street gang. No one could mess with you. So, no one ever dared touch her and they steered clear like their life depended on it” 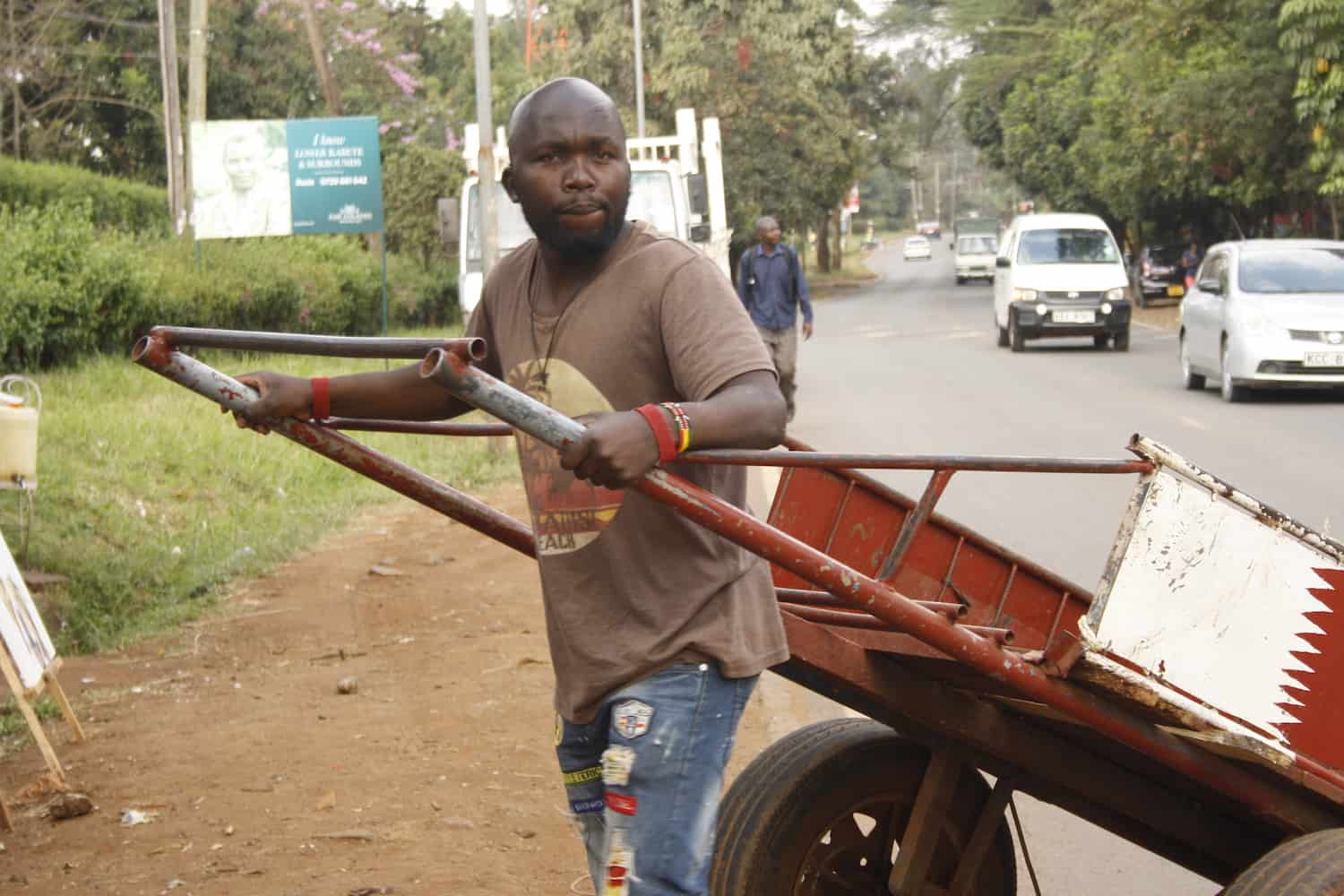 “So, she got pregnant in her later years with her university lecturer, and he takes care of her now. It’s a rare thing where I come from. I got my first girlfriend pregnant at sixteen; that’s more or less around the average time girls have kids. Do you have any?”

“Why don’t you have kids? Ah, by now you’d already have two. In the streets we stamp them early.”

Charlie has now been running his costume shop for over three years.

“I dream of one day having a massive costume shop full of original and authentic costumes, not the kind you find and re-sell from a second hand market”

“And do you ever want to go back to the gang life?” I ask.

“When I finally left, it was because I had to watch my best friend get shot a few feet in front of me. That was enough for me to get the message. My tipping point. After that, I just knew that I couldn’t stay there anymore. Yeah, sometimes I go back and say hi but more so I try to mentor the other kids that I’ve met there to find ways of living outside the life. Actually, I’ve partnered up with The Homeless of Nairobi NGO and I go visit the slums with them every so often.

If I had a message to give a stranger in Nairobi, I’d say ‘work hard. And work smart. Nothing in this life comes easy’.”