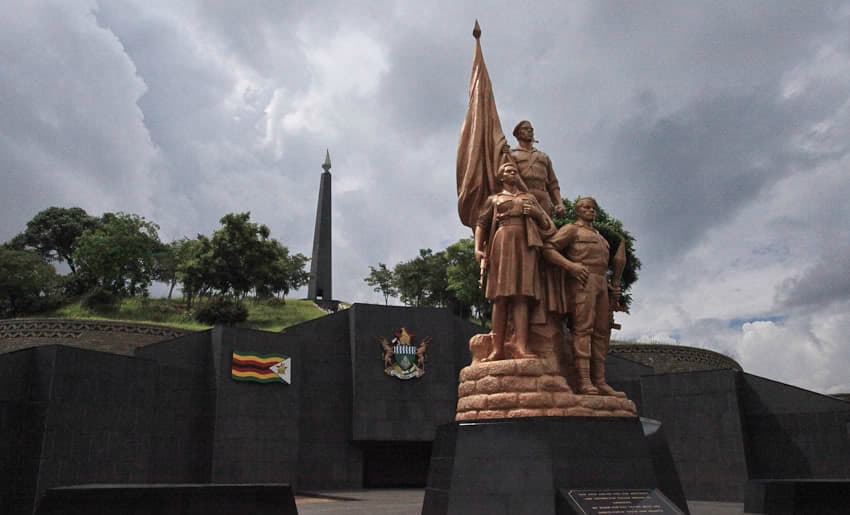 In his previous speeches on this day, the president has stated what pretty much every Zimbabwean knows. The heroes that are commemorated are those that fought or had key roles in the liberation struggle for Zimbabwe’s independence. And, of course, those that the ruling Zanu Pf party deems worthy of the recognition.

This hero recognition criteria has been a bone of contention for many years with opposition political parties and civil society organisations calling for a less narrow definition of what it is to be a hero in contemporary Zimbabwe.

In some cases opposition political parties have unsuccessfully called for their own departed leaders to be accorded the same national hero status. In response, the president has publicly declared  that if these opposition leaders want their leaders to be accorded hero status, they must find their own ‘acre’ and bury them there. And that appears to have put paid to any further calls for reviewing hero status outside of the ambit of the ruling party’s political biases.

But beyond the liberation struggle, Zimbabweans yearn for new heroes.

They will not argue with Zanu Pf over its own heroes but they are searching and hoping for newer and more organic ones, including those that are not only recognised for their political roles.

And this is entirely understandable. In progressive societies, heroes beget other heroes by way of exemplary achievement. They also pass on the baton stick of leadership in whatever field they have excelled in.

In Zimbabwe’s case,  our liberation war heroes, at least those that are still living and in power, do not want to pass on the leadership baton. Even among themselves.

By doing so they have cultivated a culture of political entitlement that has not only led to bad leadership decisions but also made Zimbabwe the only southern African country to have had one leader at the helm of government and the ruling party.

But despite the general hero definition control of the liberation struggle old guard, people always find new ones for themselves.  And that is as it should be. Emerging heroes from the opposition include the likes of Morgan Tsvangirai who still has the respect of millions of Zimbabweans. Others are coming from the cultural field such as musicians Thomas Mapfumo and Oliver Mtukudzi who are admired for their social commentary and reflections on the lived realities of ordinary Zimbabweans.

The Lion of Zimbabwe, Thomas Mapfumo, one Zimbabwe’s heroes.

The sports field is even more resourceful where Zimbabweans look for persons to celebrate with examples of the footballers Peter Ndlovu, Benjani Mwaruwari, swimmer Kirsty Coventry and champion boxer Charles Manyuchi.

In other fields there are legendary charity workers such as Jairos Jiri who, though late, remains respected by many Zimbabweans.

So Zimbabwe has no shortage of heroes outside of the liberation struggle and ruling party narrative.

But it will need to generate newer and younger political heroes to lead its continuing struggle toward being a people-centred and democratic society.  Such new heroes will not need to follow the politics of the liberation struggle generation in relation to their strategies.

This would include the fact that while embracing the values of the liberation struggle remains of paramount, it is no longer adequate on its own. New political thinking around the challenges of neo-liberal economic policy frameworks and the deliberate withdrawal of the sate from providing basic services to its citizens must inform these pending political heroes.

It will be a difficult task given the general repression and intention at retaining hegemony by the ruling Zanu Pf party.  It will however be worth it not only for Zimbabwe’s democratic posterity but also as an example that with focus, commitment and organization, history absolves those that believe in democracy and social and economic justice.

Greetings Africa, from the people of Rwanda