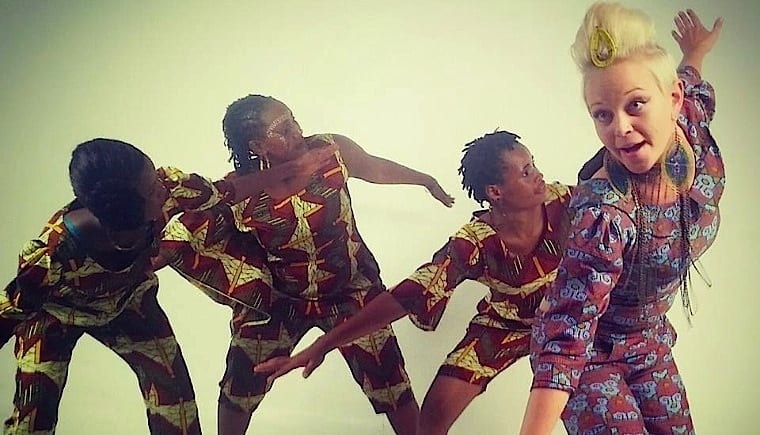 Walk down a street in Dar es Salaam and the music you hear blasting from boda bodas will be in Kiswahili, aka Swahili. Switch on the radio and the news reporters and show presenters will talk to you in Kiswahili. Switch on your TV and the programmes, ads and music videos are in Kiswahili. Kiswahili is the language of instruction in our primary schools, it’s the language we speak at home and in public, and it’s the language in which we blog. Swahili is a key component of our identity as Tanzanians, and you won’t find language as closely tied to identity anywhere in Africa as you do here in Tanzania. The press in much of sub-Saharan Africa, for instance, remains predominantly in the languages of colonial legacy – English, French or Portuguese. But not in Tanzania.

It is quite emancipating not to have to honour the language of our former colonial masters, but weave our own Bantu tongues to form a fabric that unites us – Swahili. Kiswahili was used in our nationalist struggles, and was declared our national language in 1962 when Nyerere delivered his historic parliamentary speech in the language. This was the speech in which he said:

I believe that culture is the essence and spirit of any nation. A country which lacks its own culture is no more than a collection of people without the spirit which makes them a nation. Of all the crimes of colonialism there is none worse than the attempt to make us believe we had no indigenous culture of our own; or that what we did have was worthless – something of which we should be ashamed, instead of being a source of pride.

That speech marked the beginning of our promotion of indigenous culture over foreign influences, but how does the extensive use of Swahili pan out in this globalised world? Does the use of Swahili unite us as a nation still, or is it starting to divide us into classes, where those who can communicate in English are perceived as more intelligent and belonging to a higher class? Has Swahili become a barrier impeding the export of our culture to the rest of the world the way Ghana, Nigeria and South Africa have done?

Recently, one of Tanzanians biggest musicians, Diamond Platnumz, released a song, Bum Bum, with lyrics in English, and immediately polarised his audience. Comments on YouTube either praise him for taking it international or criticise him for singing in English (“Please stick to Swahili”, “This is how good musicians start going into oblivion”, etc.). Diamond released the song after failing to win a BET Africa award (the award he was nominated for was won by Davido, who sings in a mix of English, pidgin English and Yoruba) and failing to win an MTV Africa award despite being nominated three times. Meanwhile he has been recognised 15 times by the Tanzanian Music Awards, including the 7 awards he walked away with in May this year, a record for any musician.

Besides Tanzania, Swahili is understood and spoken by over 100 million people in Kenya, Uganda, Rwanda, Burundi, the Democratic Republic of Congo, and in parts of Mozambique, Somalia, Zambia and Malawi, yet people – and not only Tanzanians – have attributed the inability of Tanzanian music to do well in continental and global charts to our use of Swahili. In an interview with a local radio show, Diamond himself admitted that he made the song to reach the West African and world market. Is he right? Do we really need English to sell our music or movies beyond our borders?

In 2009 when the late Tanzanian movie star Steven Kanumba appeared on Big Brother Africa (BBA) as a celebrity guest, Tanzanians were the first to ridicule his English-speaking ability, meanwhile this was the guy responsible for many Nigerian-Tanzanian film collaborations. After BBA, Kanumba expressed his disappointment at the way we looked down on him for not communicating well in English.

As Tanzanians we were all raised with Swahili, yet to most of us English is a measure of knowledge and intellect, which only shows that we are still wearing colonial chains half a century after Nyerere’s speech. Not surprisingly, foreigners and expatriates – Kenyans, Ugandans, Indians, and Westerners – are seen to be given jobs that Tanzanians would otherwise fill if only they communicated better in English. (Kenyans seem to have a bilingual advantage over other East Africans, and have establish themselves in Tanzania – at the perceived expense of Tanzanians – for reasons such as confidence, and being more business-minded and aggressive than Tanzanians. It’s a bit like the way Nigerians have established themselves in Ghana, but that’s a story for another day).

Perhaps it’s because of the reality of the job market that there has been a big boom in private English medium schools all over Tanzania. Parents are willing to pay a lot of money to send their kids to these schools, even though they are not proven to build a better foundation. I recently met a seven-year-old boy in my neighbourhood who hadn’t been to school since January because his parents cannot afford school fees. His father can afford to send him to a public school where the syllabus is the same as that of the private schools, but he prefers his child to receive a “better” education, and by better he means English.

We must admit that it is quite ridiculous to look down on our own language. “What other African country has the freedom and identity that Tanzania has with Kiswahili?” asks Roberto Gaudioso, a PhD student in Kiswahili at Napoli L’Orientale and University of Bayreuth. Roberto loves this language and doesn’t comprehend why Tanzanians in particular and Africans in general don’t embrace the language with pride. “Not only is Kiswahili beautiful, its vocabulary is wide enough to cover science, psychology, art, literature, philosophy, and so many other fields. It can be used to teach at any level of education, and can make learning easier,” said Roberto. As a Kiswahili student, he sees a great opportunity for the growth of this language, and many universities agree with him. Every year students from Mozambique and Ghana come to the University of Dar-es-Salaam to learn Kiswahili. Before the fall of Libya, there was a popular radio program for teaching people Kiswahili. Kiswahili is more than a Tanzanian or East African language. It is African.

It is embarrassing to admit that as a Tanzanian I have committed crimes against Kiswahili. I have used the word “mswahili”, which translates as someone belonging to a Swahili culture but is used to mean the person in question is uncivilised. I have been guilty of reducing the language and identity of my people to something cheap, plugging in English words to look cool or stress a point when I could just as well have used Kiswahili. Perhaps this is about more than just Swahili vs. English; perhaps this is part of the identity crisis faced by most Africans. How many of us adore something foreign over our own – bleach our skin and reject blackness, or chemically relax our kinks to look “better”? Are we, as Franz Fanon put it in Black Skins, white masks, striving to become less African in a bid to become more “civilised”, even as we claim our pride in being African?

We need to do away with the notion that Kiswahili or anything African cannot stand or sell in the world market unless diluted. We don’t need outside validation that Swahili is beautiful and useful. Miriam Makeba’s biggest hit, Malaika, is in Swahili. Many non-Tanzanian African musicians choose to use Kiswahili, such as Alicios Theluji from Congo and Jose Chameleon from Uganda. Yet while global popular culture platforms (BBC, Google and even Facebook) are embracing it, the African Union (AU) hasn’t thought to include it (yet) on its website. Perhaps the current disconnection or embarrassment is merely a blip, and in years to come Swahili will have spread right across Africa. If that dream is to come true though, Tanzanians, East Africans, and all my Swahili speaking brethren, we need to be proud of our language. Let’s embrace it. Let’s spread it.

Why are schools punishing children for speaking African languages?

African Feminism and the politics of ‘Being Pretty’