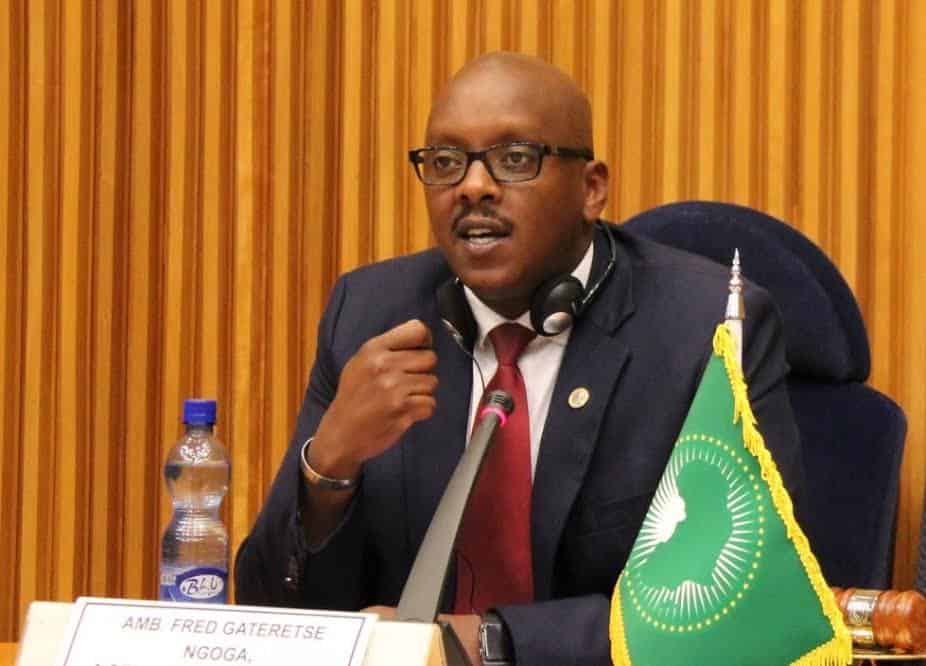 There are various crises that erupt in Africa despite early signs of tension. Is early warning effective at the African Union (AU)?

I can gladly say that the Continental Early Warning System [CEWS] is fully operational, although challenges remain – such as human resources constraints and the necessary information and communications technology infrastructure to enhance data collection efforts and exchange information more efficiently with our regional economic communities [RECs].

We have also made considerable progress in strengthening coordination and collaboration with the early warning systems of the RECs. The issue is to more efficiently link early warning to early responses.

What are the challenges in coordinating with regional mechanisms?

I would not call it challenges, but rather the need to enhance the already existing coordination mechanism. We get most of our information from our RECs and we have been working hand in glove on many crises. As a matter of fact, our next biannual meeting with our RECs will take place in the coming month in Addis Ababa. The objective will be to look at potential crises.

It is extremely important to have a common and shared understanding of what is happening in order to develop a common strategy. Our commissioner, Smaïl Chergui, has stressed on numerous occasions the concept of ‘jointness’. It is essential because the AU alone cannot address the challenges we face on the continent. So we are compelled to forge strong strategic partnerships – a priority in our conflict-prevention effort.

Last year, a structural prevention of conflict framework was adopted. How far is the implementation of this document?

This framework was adopted by the Peace and Security Council [PSC] because there is an acknowledgement that conflict prevention must tackle structural issues. We need to act earlier rather than deal with situations that are already in crisis form. The tools exist; and now we are reaching out to member states and encouraging them to take advantage of these. The tools will help us to build the in-house capacities of our member states to have a conversation about their structural vulnerabilities and consider mitigation strategies. So this technical assistance is available for our member states.

Are member states ready to have such a conversation about their vulnerabilities?

The ‘country structural vulnerability’ assessment is a voluntary process. I think member states are committed to preventing conflicts and they will do everything humanly possible to avoid any crises. Some 30 or so countries are already having this conversation through the APRM [African Peer Review Mechanism] – and our Continental Structural Conflict Prevention Framework [CSPF] will complement this.

Elections continue to be a major cause of crises. How can this risk be prevented?

As an issue, elections are within the purview of the Department of Political Affairs [DPA]. Elections are an opportunity to consolidate democracy and to renew ideas. With many elections planned for 2016, we expect that the majority of the elections will remain largely peaceful, but with the possibility that some might experience turmoil and violence.

From past experience, disputes over the composition and membership of election management bodies; complaints about the lack of adequate consultations on impending election timelines; debates around issues of succession and term limits; as well as prevailing security situations have been some of the issues that have led to heightened tensions and violence in some member states. But if you look at the majority of elections on the continent, they are peaceful and credible.

Do you see climate change as a cause of conflict and instability?

The continent is facing some consequences related to climate change, such as environmental degradation, desertification, floods, drought and famine. The climate change caused by El Niño in East and Southern Africa poses the worst humanitarian crisis in more than two decades and could escalate into complex humanitarian emergencies in situations of armed conflict. The prevailing drought has already impacted on hydroelectric power generation and resulted in an energy crisis in Southern Africa. The AU on numerous occasions has underlined that stresses induced by climate change may increase the risk of violent conflict and unrest on the continent. So the link between climate change and security is real.

What are the main threats to stability for the year 2016?

The list is not exhaustive, but let me touch on a few. First: disputed elections. As I said earlier, elections are an opportunity to consolidate democracy and renew ideas, but it is also a moment of vulnerability. We have many elections this year; we must work to ensure credible, transparent electoral processes. The second one is current crises, which risk an escalation especially as you approach key milestones, like peace agreements or the implementation of different accords. We are also observing a trend where countries in post-conflict situations are now facing the risk of relapse.

Then we have the threat of terrorism, where you have various groups affiliated to al-Qaeda and the so-called Islamic State competing … by stepping up attacks in different parts of the continent. This was demonstrated by the recent attacks in Libya, Tunisia, Mali, Burkina Faso, Côte d’Ivoire, Somalia, Kenya, etc. There are also new threats known as ‘hybrid threats’, such as cyber security. Then there is also concern over bioterrorist threats, with two dozen conventional biological agents, including anthrax, and an unknown number of genetically engineered organisms that terrorists or other criminals could acquire and unleash on an unsuspecting public.

The other issue that may affect peace and security is the bleak economic outlook. International financial institutions have issued forecasts on the impact of global volatility on Africa’s economic growth in 2016, pointing to an increasingly challenging macro-economic environment in the short term and a negative impact on investment, commodities, agricultural production, employment and economic growth.

Lastly, we have climate change, which can lead to the displacement of people and trigger tensions. All of these challenges require us to work together at the subregional, continental and global level.

The future of Africa rests with the youth