Sam Kodo, his robots and other tech innovations 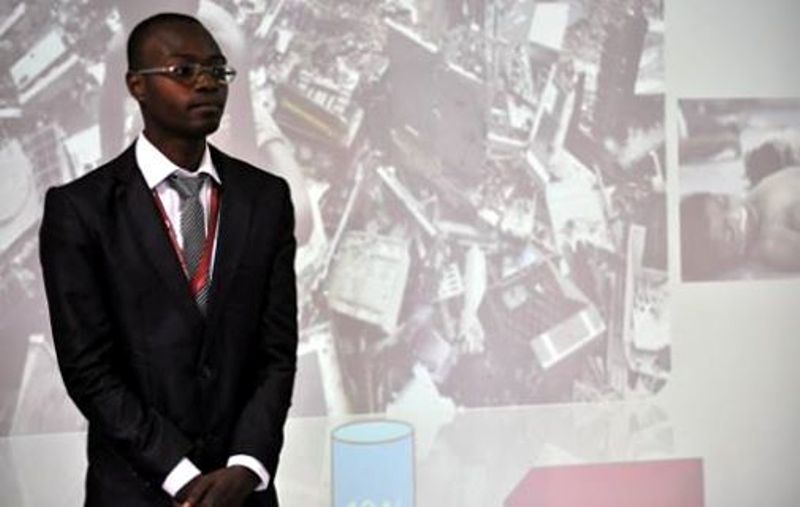 Since childhood, Sam Kodo has always wondered why Africa was behind other continents in technological development. The question, he said, has kept him awake many nights. But Kodo hasn’t just been musing but acting as well, working since age eight when he built his first robot, to put Africa in a respectable position in this regard.

Kodo, who was born and raised in Togo, is self-taught in robotics. As a child, he had a fascination with sci-fi movies and books. Add to that the long hours spent at the library, studying formulas and equations and you have a budding tech innovator who built his first robot from television scraps. Recognising their son’s talent, his parents encouraged him to continue with his passion: his mother often gave him money to buy toys to dismantle and experiment with, while his father, a physics lecturer at the University of Lome, sourced electronic scraps for him.

“At the beginning it was difficult to create my first robots because of lack of computers to program them, internet for research, electricity and robotic materials in Africa,” he told Marklives.com. “My robots weren’t intelligent enough. But today things are different. I import processors and others components from America so nowadays my robots are intelligent. They can easily recognise faces and speech; they walk and interact with humans.”

In 2009, Kodo created the humanoid, SAM 10, and another, Robert 1, who can move independently, courtesy of sensors that he manufactured himself. As of now, Kodo has said that his robots are not for sale but he builds them as a hobby and for research. However, in the future, he hopes to create more sophisticated and intelligent robots that will be useful in various fields – agriculture, for instance, to increase the rate of production.

“Robots are great solutions for the mechanisation of industrial sectors in Africa where we still use humans for strength,” Kodo said.

In the meantime, he has turned his attention to growing his technology company, Infinite Loop, which he founded in 2013 with money he won from the “Forum des Jeunes Entrepreneurs’, a national competition in Togo for young entrepreneurs.

“When I went to university I realised there was a serious lack of tools to do my homework and university studies,” Kodo said about his motivation to start the company. “So I decided to make my own computer so that it could help me work properly.”

His story, he has noted, is similar to those of many students in Togo who do not have the requisite information technology tools to work with. Thus, his brand of computer has students as the target market and sells for less than $100.

In a quest to reduce the incidence of diseases caused by drinking dirty water in his community, Infinite Loop also produces water filter machines.

Both with the computer and the water filter machine, Kodo has maintained that he is not motivated by profit but by the need to create change in his country and the continent at large.

To encourage more young Africans to go into technology, he said in a 2015 interview with True Africa that “Our education systems have to include programmes that don’t only teach students to repeat information to get good marks, but also how to use their individual capacities to create and resolve problems in their communities.”

He added that African youths need to have clearly defined 20-year visions and goals for the tech industry and for their countries as well.

Kodo, a graduate of the University of Lome, was a 2014 finalist for the Anzisha prize. In 2015, he won a Mandela Washington Fellowship.