France is set to host eight African teams in July competing in the 2023 Rugby World Cup qualifiers. The qualifiers will be held in two cities, Aix-en-Provence and Marseille, for one automatic ticket to the finals scheduled to be hosted by France in September next year.

The controversial decision by Rugby Africa to host its 2023 Rugby World Cup qualifiers in France has ruffled feathers. It will be the first time in the history of African rugby that its World Cup qualifiers have been hosted outside the continental borders and the decision has been met with strong criticism.

AIPS Africa, the union of African sports journalists, has issued the strongest disapproval yet of the decision to host the continent’s crucial Rugby World Cup qualification tournament in France.

“I believe the decision made by the president of Rugby Africa to host the African qualifiers for the Rugby World Cup in France, rather than keeping it on the African continent, is completely wrong, and sends a highly disturbing message to all Africans, especially the young populace and the continent’s rising rugby community,” Mitchell Obi, AIPS Africa’s president, said in a strongly-worded statement last week.

“People will rightly be asking themselves why the most prestigious rugby tournament on the continent is being moved away and played in Europe, when there are plenty of alternative locations within Africa that are perfectly well-equipped to host it.”

Officials from the countries going to France for the games declined to comment on the controversial issue, perhaps understandably so given that some of them are on the executive of the continent’s rugby confederation, Rugby Africa, so were involved in the heavily censured decision.

Only Namibia – the favourites to clinch Africa’s sole qualification ticket for their seventh consecutive World Cup appearance, have officially and publicly spoken out against the choice of venue.

Gabriel Tjombe, a former manager of Namibia’s national junior teams, supported the stance taken by his country’s rugby board. He commented that South Africa – who do not play in the qualifiers and go to the World Cup directly thanks to a high world ranking – would have been a perfect choice to host after bids by Kenya and Zimbabwe, described as “strong” by Rugby Africa, were turned down.

“It’s a slap in the face of African rugby,” Tjombe told This is Africa. “How can such a big African tournament, with potential to generate good revenue, be hosted in another continent? What you have done is taking African money to Europe. If Rugby Africa wanted a neutral venue for the tournament, they should have taken it to South Africa, who have the facilities and capacity to host even world-class tournaments, like they continuously do.”

Tjombe suggested that a blight on most African sports confederations, regionalism, could have been behind Rugby Africa’s move to take the tournament to France.

“Rugby Africa has for a very long time been dominated by Francophone Africa, so perhaps this decision is hardly surprising,” he said.

Rugby Africa, under the presidency of Tunisia’s Khaled Babbou, is enjoying unprecedented corporate backing at the moment. This makes the much-anticipated World Cup qualifiers a potentially profitable tournament.

Africans sidelined from its own tournament

That the returns will not be enjoyed by an African host nation is of huge concern to veteran Zimbabwean journalist Goodwill Zunidza, who has covered rugby for many years and heads his country’s main sports writers’ body.

Our position is that African competitions are for Africans in totality

“Our position is that African competitions are for Africans in totality,” Zunidza wrote in a statement to TIA.

“Such events are not for the players only but also supporters and all stakeholders. Africa stands to lose by having this competition staged in France, watched by Europeans and marketed by European companies, for example TV. How shall our own rugby grow in Africa, and when shall our own broadcasters take part? Our people are saying we want to know more about African countries and communities through such events. We are not interested in seeing France, except on personal family holidays. The fact that Zimbabwe and Kenya’s bids failed should not mean there was no African country available to step in.” 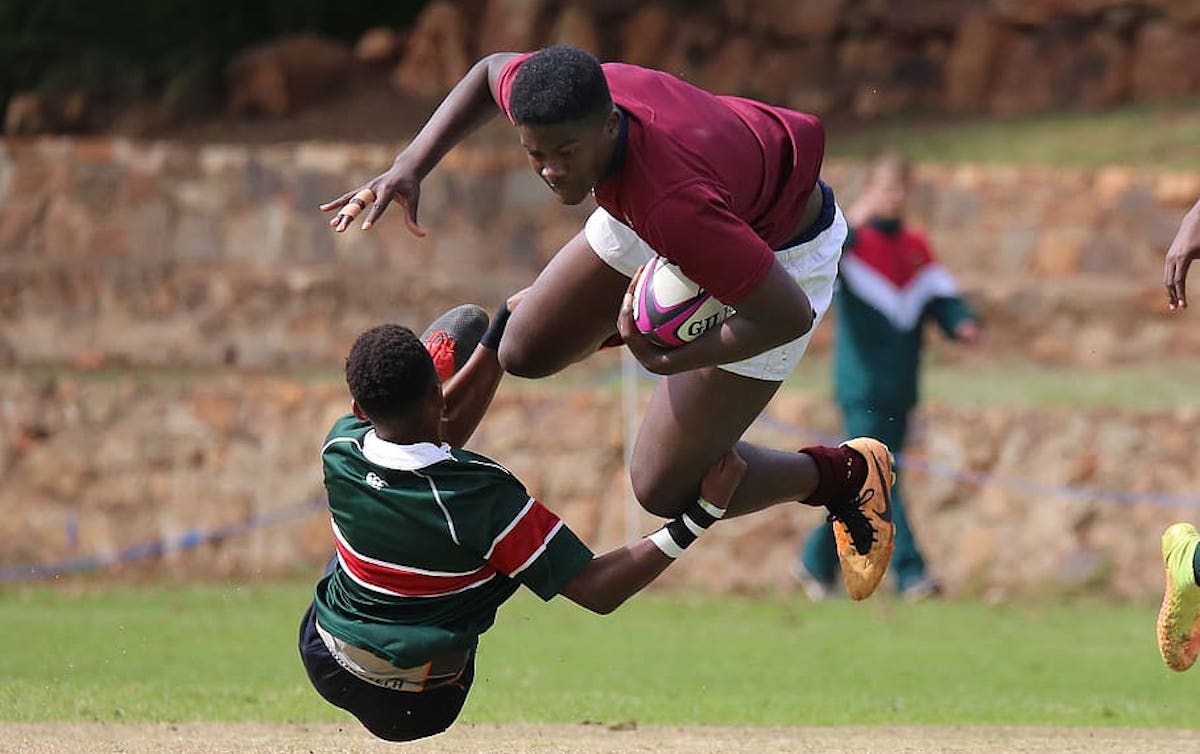 Zunidza’s sentiments on depriving local fans are echoed by no less an African icon than World Rugby Hall of Fame inductee Kennedy Tsimba, a firm believer in the potential and ability of the continent’s rugby players.

“I think it should never be played in Europe as it is an opportunity for an African country to host and help promote and develop the game to their local communities,” Tsimba, a Free State legend and Zimbabwe’s first black rugby captain, told TIA.

“The game needs to be seen as accessible, not something that’s only watched in media. The African game always needs platforms to spread awareness.”

Rugby continues to grow in leaps and bounds on the continent, becoming more and more attractive to people of all shapes and sizes, both female and male.

Uganda is one of the best-known rugby-playing African nations today, one of the strongest contenders for the continent’s single qualification World Cup ticket, which will be a first in their history if they win it.

Ugandans absolutely love their rugby and if you fancy a memorable lifetime experience from an international rugby match anywhere in the world, watch one live match at a stadium in Kampala. As a sports journalist, I had the privilege to experience Ugandans’ love for their team when the “Rugby Cranes” hosted Zimbabwe in 2019.

One of Uganda’s strengths as a rugby nation is their inclusivity: on a good day, their men’s side can defeat any of the world’s second to third tier teams, and the East Africans also have one of the best women’s teams on the continent.

The women have a  strong voice, too, a pride in African rugby, like Helen Koyokoyo Buteme, a former stalwart of Uganda’s women national team.

This is Africa’s biggest tournament so it should be held in Africa. Rugby Africa’s justification for holding it in France is weak

We asked Buteme her thoughts on Rugby Africa’s decision to stage the continent’s World Cup qualifiers in France and she called it  “Nonsensical.”

“I think it’s nonsensical,” she said. “This is Africa’s biggest tournament so it should be held in Africa. Rugby Africa’s justification for holding it in France is weak. One of their excuses was the COVID-19 pandemic, but Kenya has held several international competitions successfully during the pandemic. The Under-20 Athletics World Championships were hosted by Kenya during COVID-19.

“Kenya is an easy country to travel to so more African rugby fans are able travel there than to France, with its visa requirements and expensive flight tickets. If they want to talk about neutral venues and world-class stadiums, there is South Africa. All this talk of a neutral venue is nonsense because the World Cup (to be played in France next year) itself is not a neutral venue! Using their extremely flawed logic, then France should not be hosting the World Cup, it should go to a neutral venue.”