Beyoncé has helped usher in a renaissance for African artists 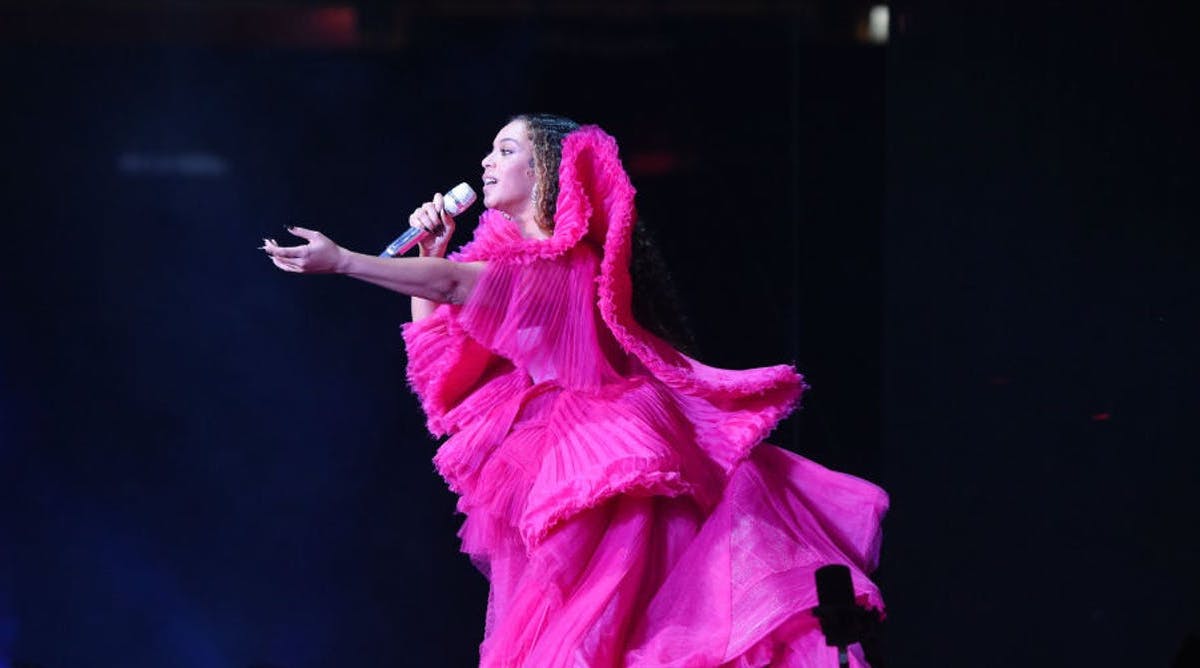 Beyoncé has released her seventh solo studio album, titled Renaissance (2022). The album, an event in global popular culture, is the first of a three-part project by the US artist. Her previous outing, the visual album Black is King (2020), collaborated with a host of African artists. Renaissance pays tribute to black dance music and again features African artists, including Nigerian singer-songwriter Tems, who is having a global moment of her own.

In history, the renaissance era (from the 1400s) was characterised by the rebirth and renewal of culture and scholarship in Europe following a period of stagnation. Today, still, art – paintings, music, fashion – contributes to how people dress and behave, what they choose to post and talk about, and how they perceive themselves and society.

For the last three decades, Beyoncé has played a major role in shaping global popular culture. She has continuously empowered listeners and sparked debate, and her lyrics have often been quoted in discussions on societal issues. Her views on monogamy on the album Dangerously in Love (2003), for example, offer a counter narrative to the patriarchal depiction of hypersexuality in black women.

On Lemonade (2016), Beyoncé uses music genres beyond those expected of a black female artist. In the process she challenges the discrimination she faces. On Black is King she reflects a renaissance of African art forms in a time when cultural norms dominated by western thinking are on the decline and Africa’s star is rising in popular culture.

In this article, I argue that throughout her career, Beyoncé has contributed to a renewal of various narratives in popular music and has in so doing engaged meaningfully with African culture and music.

Beyoncé has involved various African artists in her projects and many a time introduced them to international audiences. Before Black is King, these include poetry by Kenyan-born Warsan Shire on Lemonade, a quote by Nigerian novelist Chimamanda Ngozi Adichie on Flawless (2013) and choreography by Tofo Tofo – the Mozambique-based dance group – in the Run the World (Girls) video.

Though not as prominently as on Black is King, Beyoncé has included African artists on Renaissance too, particularly on the song Move, which has an Afrobeats-inspired style and features P2J (Nigeria) and GuiltyBeatz (Ghana) as producers, as well as Tems as a writer and performer.

Tems (Temilade Openiyi), a versatile vocalist who also writes songs, rose to fame after being featured on Essence (2020) by Nigerian star vocalist WizKid. Her discography consists of music across different genres, including alternative R&B, neo-soul and Afropop. Her debut single Mr Rebel (2018) displays her R&B talents (as both a producer and vocalist), while her 2021 feature on Canadian rapper Drake’s Fountains shows her ability to convey emotions through her voice.

Tems’ name is on everyone’s lips following the release of the trailer for the Black Panther movie sequel set to her cover of Bob Marley’s No Woman, No Cry. She has contributed to the renewal of perceptions towards Afropop and commercial African music, and its popularisation across the globe through her unique style of music.

I believe that when Black people tell our own stories, we can shift the axis of the world and tell our REAL history of generational wealth and richness of soul that are not told in our history books. – Beyoncé

Black is King, Beyoncé’s previous album, is a celebration of African traditions with a “modern twist”. In the visual album, she incorporates a Pan-African-inspired lens and integrates elements from several African countries. She partners with various African actors, directors, designers, choreographers and musicians, highlighting the continent’s diversity.

Viewers are exposed to African elements ranging from music genres like Afrobeats (Nigeria) and gqom (South Africa) to popular dance styles like the Network (Ghana) and Kpakujemu (Nigeria). There are also visuals of landscapes across the continent.

Beyoncé must not mistakenly be credited with originating these elements, nor even popularising them. They existed and were appreciated by people long before she started filming. However, one cannot deny the instrumental role Beyoncé has played in bringing these elements to the forefront of global popular culture as a result of her platform as an international star.

Moreover, the visual album portrays a more accurate representation of the African continent and its diversity than other works that adopt an African label in global popular culture. Black is King has introduced a renaissance of Africa’s image in popular media and empowered many African and black people as they finally feel more represented in mainstream popular culture.

Beyoncé has once again incorporated an element of renewal on Renaissance. Through the 16 tracks on the album, she takes listeners on a journey with the stated intention of creating a safe space, free from judgement, perfectionism and overthinking. Listeners are exposed to music that channels the Studio 54 disco era of the 1970s with effortless transitions to more contemporary pop, R&B and house genres.

Early disco music was influenced by the funk, soul and jazz of the late 1960s, and combined these styles with technology such as synthesisers, multitrack recordings and drum machines. This created a lavish and decadent form of dance-orientated pop music characterised by a steady beat and vocals that are prominent, high and reverberated. The genre was at its peak between 1975 to early 1979, with artists such as Donna Summer and Gloria Gaynor dominating the charts.

On the appropriately titled Renaissance, Beyoncé has brought this style back to the forefront of pop culture, introducing many young listeners to it. From the outset of the lead single Break My Soul, listeners are exposed to the album’s pervasive dance-pop and house-inspired style. Beyoncé successfully integrates music genres including pop, electronic house, Afrobeats, trap and soul, to name a few, in combination with various disco influences. Through the lyrics on the album, an overarching sense of self-love and pride is portrayed. This resembles the music by one of South Africa’s and the continent’s most prominent pop artists, Brenda Fassie (1964-2004).

Throughout her career, Fassie, one of the queens of African pop, made disco and pop music that was influenced by her township roots. Her iconic music narrated the stories of black South Africans during the country’s apartheid era.

When considering how popular music acts as a locus for social change within popular culture, it is evident that Beyoncé plays a key role in shaping parts of popular societal thought.

Throughout her career, her music has challenged and renewed various narratives within the popular music industry.

Her work serves as a platform for African artists on a global stage, using various music genres as a method to counter people’s perceptions of black female musicians. Her latest album continues to do this by introducing new listeners to a revival of disco with a contemporary flair.

Related Topics:ArtsMusicPop culture
Up Next