Funeral rites and Covid-19: what must be done to respect tradition and keep people safe 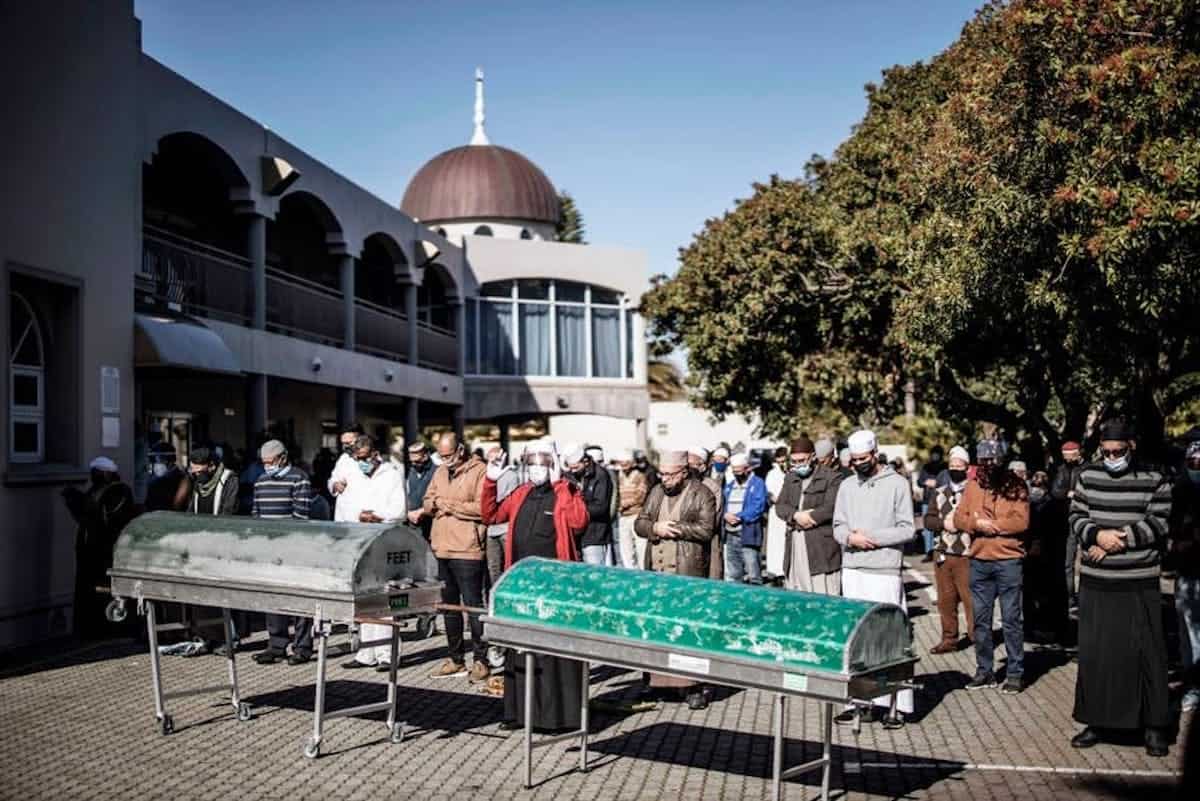 The arrival of the coronavirus epidemic in Africa means decisions must be made not only about how to care for the sick, but also on how funerals should be carried out.

Anthropological research shows that generally, around the world, the ceremony around funerals begins at the first signs that someone might die, and continues after the burial. These “funeral rites” include rituals, ceremonies and acts which are cultural and religious obligations.

In a guiding document, the World Health Organisation (WHO) stated that there is no proof that people can become infected with the new coronavirus if they’re exposed to the bodies of those that died from it. However, until more information is available, caution is key.

The people who interact with the body – healthcare practitioners, mortuary staff, or the burial team – must ensure that standard precautions are applied. This includes proper hand hygiene and use of personal protective equipment.

These rules will have a direct impact on a whole range of funeral practices and do not take into account the important period of end-of-life care.

More must be done to create policies around how caregivers should handle this stage, which is so significant for families, and for the respect and dignity of the dying. Otherwise, this could lead to extreme distress to families and communities and may create a greater security risks. For instance, during the Ebola virus outbreak in West Africa, which lasted from 2013 to 2016, there were clashes over the safety precautions. This included the destruction of Ebola treatment centres and attacks on healthcare workers.

It is important that procedures are developed by public health officials – alongside traditional and religious authorities – that combine bio-security measures with socio-cultural obligations.

During West Africa’s Ebola outbreak, certain funeral rites contributed to the spread. For this reason, “safe burials” procedures, overseen by specialised health agents, were put in place. For instance, agents had to carry out Ebola tests on all deceased persons and uphold bans that prevented families from touching the body.

Across all the affected countries, these procedures clashed with local funeral customs. People often perceived them as disrespectful to the deceased, families and community at large.

Taking into consideration local values and social practices, the WHO and other institutions decided to change these burial procedures and recommend “safe and dignified burials” or “risk-free burials with dignity”. Dignity, in this context, meant respecting the family’s cultural and religious practices; safe meant complying with bio-security guidelines.

Despite increased efforts to make the processes more humane, these measures weren’t always accepted for several reasons. Sometimes, the risks of misfortunes related to the transgression of funeral rites or social norms appear to be perceived as greater than a risk of contamination.

On occasion, they even led to violence against health practitioners and civil servants. Some died as a result.

Overall, the practices recommended by the WHO for Covid-19 are less strict than those in force during the Ebola epidemic. However, applying them does require adjustments to how things would usually be done.

In many African countries it is common for many people to attend funerals. Given people’s natural inclinations and social obligations, it may be difficult to ban such gatherings.

However, in Senegal, reports of the burials of two national celebrities (Papa Mababa Diouf, aka Pape Diouf, in Dakar and Alioune Badara Diagne, aka Golbert, in Saint-Louis) in late May, during the coronavirus state of emergency, indicate that the public abstained from attending the funerals and complied with the ban on gatherings.

Condolences were expressed primarily through social media. Using media like this – for instance mobile phones and the internet – could be a good alternative to large funeral gatherings until a better solution is found. Methods like these were frequently used in countries affected by the Ebola epidemic.

Anthropological studies reveal a great range of traditional funeral practices, beyond religious ones.

Cultural practices can be carried out by those close to the dead, such as families or those who share a common culture, without the intervention of religious authorities. These practices might relate to the treatment of the body, how long it is displayed before burial, and the ceremonies surrounding death. Adjusting these rites for coronavirus must first be approached locally, taking into account various practices by dealing with funeral rites on a case-by-case basis.

Plan ahead to avoid public discontent, controversy and violence

To prevent controversy and conflict, there needs to be more conversation around it as soon as possible, before death tolls increase. It is important to involve religious and traditional authorities and other local leaders, such as women’s organisations, youth groups and trade unions. This will help to increase awareness about the health risks linked to funeral rites and practices. Representatives should discuss and develop adjustments that allows mourners to pay their respects, safely.

Translated from the French by Alice Heathwood for Fast ForWord