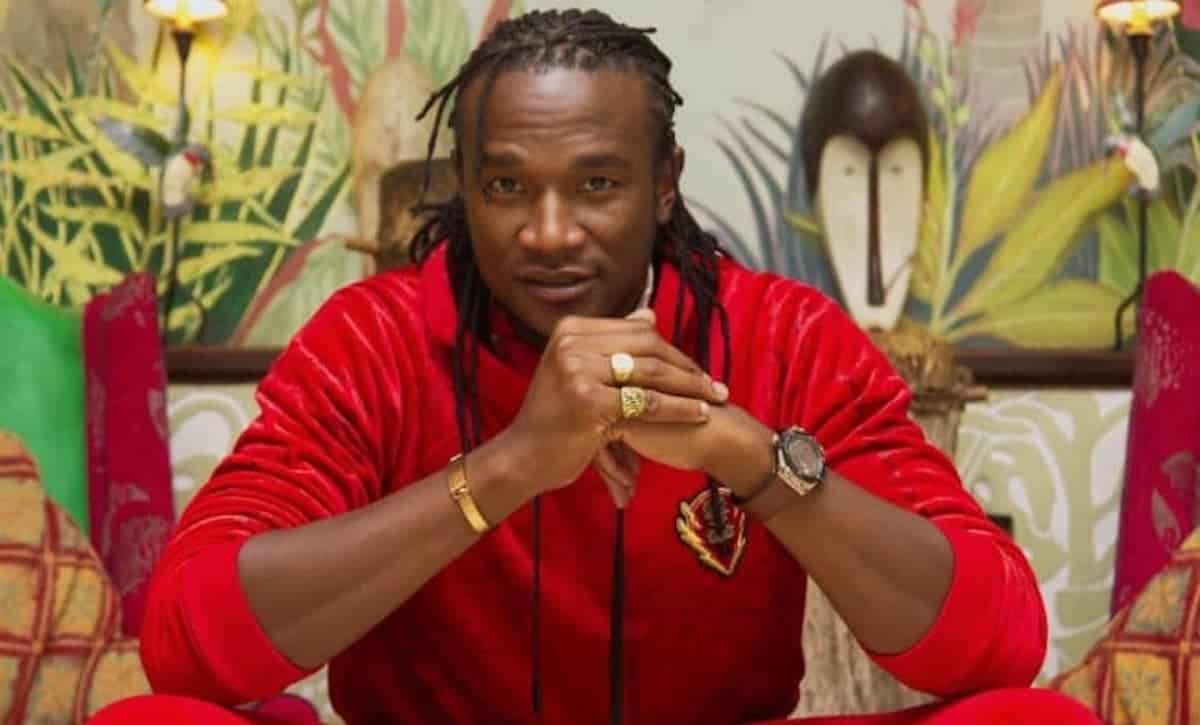 Mukwasha, proverbially known as the money tree, is a Zimbabwean species known for his endless male abilities, from knifing bulls and stoning cobras to writing off budget deficits for the whole family tree. Throughout the year, Mukwasha has the pleasure of replenishing the species and maintaining the civilization. However, he maintains the totems of his office by catching the Christmas bus to renew bridal tariffs in his wife’s village.

Mukwasha is an endangered species in the warming economic climate. Last year, Zimbabwe’s “New Dispensation” moved to prevent an extinction event by revisiting marriage laws. A suggestion to scrap the bride price – blasphemous enough to shock few kilos off Nehanda’s statue – is yet to take effect. Meanwhile, lockdown is the classic sidestep for sons-in-law normally required to pay their black tax in holiday beerhalls. This Is Africa goes back in time to assemble the ultimate mukwasha playlist.

On this song, Jimmy is man enough to admit that he is not man enough. “Tezvara wangu handigone kupfirira imba; ndinotya kunonha pamusoro pechiruvi… Tezvara wangu ndinotya kurova nyoka; nyoka inotyisa; ndiani asingatye nyoka?” Mr. Bindura reminds his father-in-law of the human fears that beat beneath his manly persona. Even macho man can slip off the roof or get bitten for single-handedly rounding up the invading cobra. Maybe Tezvara (father-in-law) will relate since he is necessarily also a Mukwasha somewhere.

Jah Prayzah is the ladies’ man but if YouTube categorised viewers by gender, most of this video’s 5 million viewers would probably be that other infamous species. Is it not telling that one of Zimbabwe’s biggest artists made a career out of playing the troubled son-in-law, disqualified, henpecked, even left for dead, from “Sungano” to “Maria” and the Charma Girl collabo? Thankfully, there is no blood and dust on this song, but Jah Prayzah must give several masculine and financial proofs of his mukwashahood in less than five minutes. The smiling and waving of the in-laws as he leaves for the city with Mrs Jah shows that he has renewed his holiday tariffs to expectation.

In the Zimbabwean playbook, there are in-laws and then they are out-laws. The out-laws, or madzitezvara, are the transactional kinsmen who decide the laws and the tariffs. The in-law is the Mukwasha who plays inside these laws. Mukwasha Tawanda’s doctorate gets into his head and he fancies himself the out-law. His Oedipal shooting of his shot at the mother-in-law: “Mbuya vakafirwa ini ndakafirwawo” is so unheard of in Nehanda’s country that it could explain the frequent droughts of the past decade.

On this 1980s Christmas favourite, Mukoma Zhimozhi is the Tezvara. His daughter is a huzvu, a ngwambi and a mbinga, all the qualifiers of classy modernity rolled into one woman. Hence Mr Moyo’s verdict is: “Mwana wangu haungamuroore; uri too cheap, mupfana. Mwana wangu haungamugoni; ari too dear, mupfana.” The more fees the parent paid for the child, the higher the lobola. Mukwasha is not allowed to plead being broke because the whole idea of lobola is to prove that he is not a boy their daughter will baby-seat but a man who will take care of her and their family tree.

This song is structured like the marriage ceremony, with King Mass on the reed mat while Chamakuvangu, Dhadza and Escobar, are the presiding brothers-in-law on the sofas. “Saka titambire; wauya nekastrategy asi wakasiya uine damage. Ende tichanokujudger language, nekuti patois idzo hatidzinzwisise,” Tsano Manu announces. No matter how many American movies you watch, living in with your girlfriend is not a financial shortcut in Zimbabwe. Before lobola starts, they will hang you to dry with pwanyaruzhowa/ damages. And then, you got to have your own mathematically quick delegation because the outrageous initial list is only for preparing you to accept the actual list.

Jah Solo’s wife leaves him for being a Casanova. Her reason for coming back home to her parents is not convincing to her father who sends her back to care of her children. “Tezvara vangu havana kunzwisisa zita rinonzi playboy… VaTezvara ndokuti, ah kana achitamba nekamukomana, kamufana ari right. Oda kuti atambe nemusikana? Ha, hazviiti mwanangu.” After getting the rough end of romantic transactions, from “She Is Gone” to “Mwana weMfumi”, Skuza finally gets culture in his corner on this patriarchal intervention. The old story about the social picture being bigger than a woman’s happiness.

The economics of marriage is always settled in the name of tradition. On this song, Tuku gets you question who is closer to tradition, Tezvara or Mukwasha. The demanding father-in-law even gets Samanyanga sacrilegiously hunting his own totem to fulfill his endless list of demands. Tuku was switching sides from his earlier tune, “Mukuwasha”, sung on West Nkosi-style mbaqanga production, to taunt the talkative mukuwasha who does not know how to censor himself among mothers-in-law.

Oliver Mtukudzi and Winky D perform a duet at Hifa in the Harare Gardens. Photo: Shorai Murwira/This is Africa.

The trick question, if your bride was raised by her mother’s people, is who to pay lobola to. Samaita Tendayi Gahamadze’s warning is that if you marry on the wrong side, you are setting yourself up to marry twice: “Nhongo yedare iya uchabvisa ruviri.” The persuasion of patriarchy is that its claims are not just cultural but also spiritual. If you do not marry right, you will marry the grave. The father who did not mark your wife’s homework is still the only father who can mark her grave.

Being Tezvara does not need to be qualified. Your wife is enough proof. In fact, it is being Mukwasha that comes in ranks and categories. If you did not send seed and fertiliser by the bus, only to pitch up for holiday without Christmas groceries, you are the type of Mukwasha who will join the maricho (weeding piece job) team in the field before anyone asks about your journey. The son-in-law is a perennially harvested fig tree. Chopper adds that even the gap-toothed eat from this fig tree; it is you, Mukwasha, not Tezvara, who needs to qualify your position.

In this Nollywood-style princess-and-pariah video, Killer T and his yellow bone overcome family interference to get to get together. The couple’s crime is that bae has a course while Chairman survives on the road playing zvigaba. Killer T brands the whole clan mboko (bastard) for refusing him their daughter as though they are going to marry her themselves.

The good book says to him who has, more will be added but him who has nothing, even what he has will be taken away. On the Harare Mambos classic, “Buhera”, Tanga wekwaSando is the Mukwasha so premium the in-laws will give him a second wife. On the Wrist Brothers classic, “Getu”, Philemon Mijoya is the mukwasha who has nothing, even his wife is taken away. In the real-life story, told by the late Godwin Muzari, Mijoya’s in-laws beat him up and separated him from his family when he sought their intervention between him and his cheating his wife. The memo to his daughter, “Sekuru nambuya vako inhunzvatunzva vakaparadza imba yangu,” was inked from a bleeding heart.

Book review: Brilliance of Hope offers a – ‘‘Where the rains began to beat us” moment