The Zimbabwean film industry has come of age; traversing way back from locally produced films such as More Time (1993), Neria (1993), Yellow Card (2000) and now the country’s Netflix debut Cook Off (2020). Cook Off landed on Netflix on 1 June 2020, making history in the process as the first Zimbabwean film on Netflix. Cook Off is a reality TV rom-com film centring around the demure, insecure and at times vivacious protagonist, Anesu played by Tendaiishe Chitima, and Prince; her on screen boyfriend, played by Tendai Ryan Nguni aka Tehn Diamond, the film doesn’t disappoint as it chases myriad strands, not least the duo’s fluctuating love life. The central narrative is of course, the now endemic popular reality TV genre cook show, but tied to that are other attendant sub-stories worth noting. At the heart of single mother Anesu’s life, is the story of triumph over adversity. Zimbabwe is still steeped in a traditional cultural malaise where single mothers are unfairly judged, bashed by society and written off as ‘social misfits’ who’ve squandered their chances by having a child out of wedlock. The irony though to this revolting hypocrisy is; it takes two individuals for conception to occur, yet only one party, the female bears the brunt of this censure and social opprobrium.

There is also the allegorical subtext of Zimbabwe as a nation; a sub story worth celebrating. For a country constantly grabbing headlines for the wrong reasons; economic malaise; political ineptitude and instability, government repression, Cook Off is thus a welcome relief. It’s a breath of fresh air which showcases the diverse, positive talent inherent in Zimbabwe’s fledgling film industry. We appear to be in good season in terms of the renaissance of our arts sector. We do have platitude to excel, after all, some of our very own daughters have starred in Hollywood blockbuster productions such as Black Panther (2018), Danai Gurira being a notable case. In recent days, Zimbabwean born Amapiano star Sha Sha (Charmaine Mapimbiro) won the prestigious 2020 BET award. 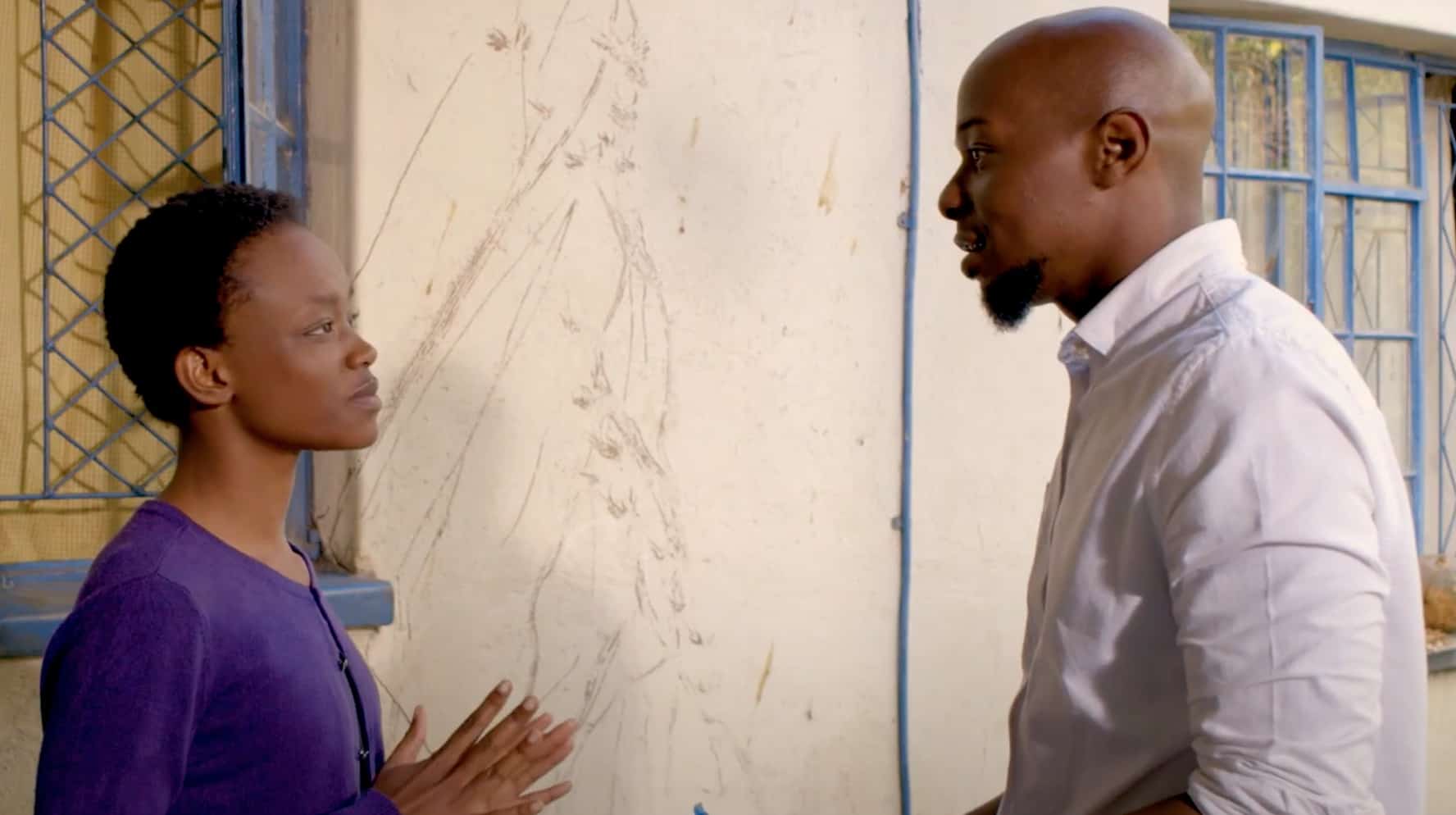 Another exceptional Zimbabwean by descent actress Thandie Newton, plying her trade in England and across the transatlantic in the U.S. continues to excel having starred in leading productions such as Mission: Impossible 2 (2000),  HBO’s Westworld (2016- present), and the famed BBC flagship Line of Duty (2017) crime drama which won her a BAFTA, as the show continues to gain global audience appeal. In addition, Thandie has bagged an array of awards as testament to her acting prowess. Her performance in Crash (2004) earned her a BAFTA Award for best actress in a supporting role.

There is a bigger story emerging, from the grand success of fellow Zimbabweans; the Cook Off narrative is therefore microcosmic of how far as Zimbabwe we have journeyed and made significant strides in the global film industry.  A story of hope and triumph is a sub story of Cook Off worth taking away, exemplified in Anesu a single mother’s tenacity and fighting spirit which sees her overcome daily rigours and setbacks of contemporary life in Harare to emerge winner of the prestigious Cook Off TV show. Anesu’s inspiring resilience is perhaps a befitting tribute and metaphorical acknowledgment to my fellow citizens in the face of the centre disintegrating in Zimbabwe. We are all Anesus, striving to eke out a living in the daily grind of life in Zimbabwe.

There is so much to celebrate in Cook Off, in equal measure. On one hand, it is a joy to witness a star being born in Anesu, one blooming with profound prowess and potential. She certainly has a bright future beckoning ahead as an actress of note raising the banner of the Zimbabwean flag, on the global stage. Equally, it was heart-warming to savour the iconic Jesesi Mungoshi, who has aged gracefully; reprising her role as ‘Sorojena,’ the all-embracing matriarch, who radiates wisdom and love, where it is lacking from Anesu’s grumpy old mama. Interestingly, Cook Off cast is more like a who is who in Zimbabwe’s arts sector, thus it was a joy to witness celebrated Zimbabwean performance poet, Chirikure Chirikure as one of the cooking contest judges. Anesu’s onscreen boyfriend, Prince; Tehn Diamond is a widely known and respected hip hop artist, rapper, singer, songwriter in Zimbabwe. So, there is so much talent at play, a mix of veterans and upcoming arts and cultural ambassadors.

The budding romance and magnetic chemistry between Anesu and Prince was a joy to watch, it was more hilarious even as Anesu cheekily denied the existence of the blossoming romance to her sharp and sassy son; Tapiwa. Who wouldn’t like a friend like Charmaine; Anesu’s confidante and relationship counsellor, who remarks prior to Anesu’s date with Prince, “at least, I have time to work on you, between now and then?” True to her word; Anesu emerges for the date, groomed and well dressed, radiating with unflinching beauty and connoisseur make up. In keeping with mainstream Hollywood rom coms, we all need a friend like quirky Charmaine, don’t we, more like the Jellyfish quartet of friends in Bridget Jones Diary (2001) and eccentric Spike in Richard Curtis’s Notting Hill (1999). There are some lighter moments galore in Cook Off , synonymous with reality TV genre, not least the tabloid press and attendant media circus which hog wannabe celebrities. One conspicuous incident is when the scheming, conniving, malevolent Lady Macbeth alter ego, the snobbish, limousine driving Milly Ann is caught out and exposed live on national radio over her under the belt shenanigans to derail Anesu’s position on the cooking competition.

Cook Off is a salvo on more local talent to emerge from the Zimbabwean film industry. In the words of Cook Off’s producer, Joe Njagu;

Seeing a Zimbabwean film beside a Hollywood one on the Netflix homepage is what Zimbabwe’s filmmakers need to help them claim their place on the international stage. To be honest, the local film industry needed a Cook Off. It needed this push. It needed this example.

On this note, hearken, Zimbabwe, our story is not over yet.