Nomfundo Moh always believed she was a star
Advertisement 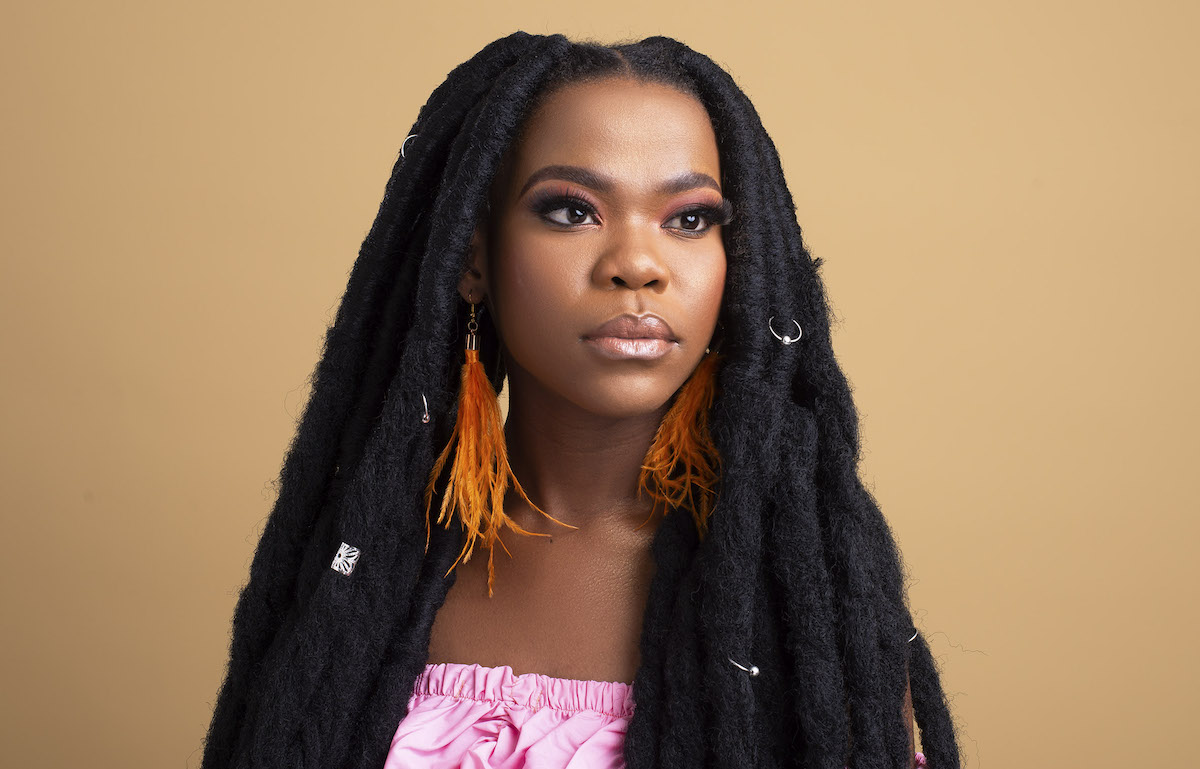 Nomfundo Ngcobo, popularly known as Nomfundo Moh, is taken aback by her rapid rise to stardom. Ngiswele amagama, the Zulu idiom from which the title of her album Amagama is derived, translates to “I’m at a loss for words”. “I am short of words to express how grateful I am to everyone who’s been part of my journey, supporting me,” says the 21-year-old singer, whose gold-certified breakout single Phakade Lami is one of the biggest South African hits of 2022 so far.

Ngcobo emerged towards the end of the 2010s, making appearances on several house singles. While none were as big as Phakade Lami, it was a solid start to her journey. The most high-profile appearance she made was on amapiano general De Mthuda’s Inkomo Zam from his 2021 debut album The Landlord.

Today, the music video for Phakade Lami, a song about missing the love of one’s life, has amassed more than nine million views on YouTube. On the song, the rookie of the year contender is flanked by South African pop royalty in Ami Faku and Sha Sha, as they take turns to croon their appreciation for the loved ones they miss dearly.

The story of Phakade Lami, which was conceived deep in the throes of the first Covid-19 lockdown in 2020, is a moving tale. “The collaboration was actually a surprise for me,” says Ngcobo. After recording the hook and her verse, she left the song on ice. “But then my team, knowing who I love and look up to,  went all out without me knowing and reached out to uSis Ami and uSis Sha Sha, and they were keen to jump on the song. So, they wrote their parts, recorded, and then I was sent the song around July last year as an early birthday present,” she says.

The first time Ngcobo met Ami Faku and Sha Sha was on the day of the video shoot and she beams when recollecting the magical moment. “[The song] assured me that I am a star,” she says. “Because I’ve always believed I was a star before anyone else told me. And I feel like everyone else is also starting to believe that now, because they’ve seen me grow in front of their eyes.”

The promising star shares that she has had to endure discouraging comments from non-believers since she started pursuing a career in music. She says many people found it difficult to believe she would eventually break through simply because of her physique.

The pint-sized singer’s rebuttal to the passive body-shaming is a delicious Afro-pop tune in which she expresses tiring of her dreams being questioned. “So, I’m actually sending that message that I’m going to make it, despite my size, despite who I am, despite where I come from.”

The singer wrote most of the album, and Ngcobo mentions that she chose to write mostly about experiences rather than observations, making Amagama a compelling personal introduction to her world. The album’s title also emphasises her writing ability. Ngcobo has said many times that the second meaning of Amagama, apart from being at a loss for words, is the literal translation: “words”, ie lyrics.

Lyrically, she explores love and a wide range of subjects; jealousy (Umona), self-love (Nginjena), aspiration (Soft Life), contentment (Kuhle) and walking away from a one-sided relationship (Shintsha). In the song Isandla Sikamama, she writes about her late grandmother, who she referred to as “mama”. Ngcobo speaks fondly of her family’s matriarch and admits she was spoiled by her as she was never shy to shower her with praises and reassurance.

The album’s intro, Revelation, is a poem performed by Magcina Kanina, a childhood friend. “I knew she would deliver on my brief because she knows me very well,” says Ngcobo.

On Amagama, Ngcobo’s soulful soprano glides over shimmering synths and pads, making for a cosy comfort listen. The bulk of the production of the project has been handled by NaXion Cross, who Ngcobo has been working with since she started recording while a student at the University of Kwazulu-Natal. She recently graduated from the institution as a social worker, a profession she says enhances her writing.

NaXion Cross makes some appearances on Amagama as a featured artist, including the album’s latest single Ngam’ketha, which also features Durban rapper Beast RSA who spits a verse about how smitten he is about his chosen one.

Ngcobo was born in Ndwedwe, a rural town in Kwazulu-Natal. While none of her family have become professional musicians, she says she comes from a musical family and recounts fond memories of singing together. “We sang all the time,” she says. “If you’re passing by, you’d even swear maybe there was a special occasion.”

Ngcobo joined her school choir and used to take singing competitions and talent shows seriously. She would also sing at family gatherings and was excited by the feedback in the various settings. “All those positive responses I got drove me to a point where around 2016, I decided to start writing my own songs. I didn’t want to do covers anymore, I wanted to give writing a shot.” After enrolling at university in 2019, she frequented open mic stages on campus, through which she eventually met NaXion Cross.

In those days, she had her eyes set on being an Afro-house vocalist. “In my high school years,” she recalls, “I listened a lot to the likes of Heavy K and Mpumi. So, I drew a lot of inspiration from those.” But she later realised house music wasn’t her forte. “I felt like I was doing house music just because I loved the genre, but I [never asked myself] is my voice fit or is my voice comfortable with that genre?”

That was when she asked NaXion Cross to make her an Afro-pop beat. “He did that, and then I wrote Lilizela,” she says. Recorded in 2019 but only released in 2021, Lilizela became Ngcobo’s official debut single. It landed her on the radar of Universal Music, through which she released Amagama, a predominantly Afro-pop record. “Although I’m going to explore other genres, Afro-pop is home,” she says.

This article was first published by New Frame.
Related Topics:African musicArtsMusicSouth Africa
Up Next

SA is unlikely to host the Rugby World Cup again