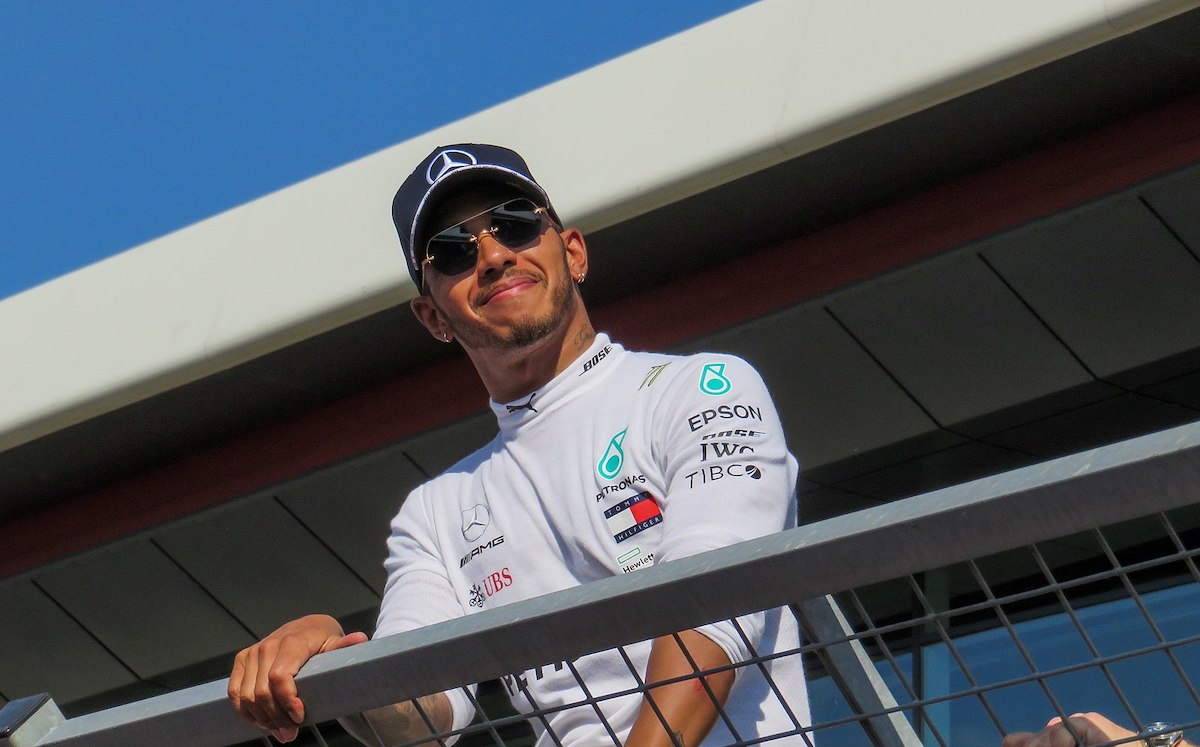 This season has so far proven to be a very difficult one for Lewis Hamilton and the Mercedes-AMG Petronas F1 Team. The Silver Arrows have lacked speed to challenge Ferrari, who have so far dominated the first few races, with Red Bull Racing breathing down The Prancing Horse’s neck.

Morocco and South Africa are the only two countries on the African continent that have hosted Formula 1 races, and they are favourites to stage another.

There have been positive overtures in the last couple of weeks after Hamilton met with Federation Internationale de l’Automobile (FIA) president, the Emirati Mohammed Ben Sulayen.

F1 is a sport usually dominated by the extremely wealthy, and those raised in motor-racing families or circles.

Few people from disadvantaged backgrounds take part. Those that do get involved in the sport are normally viewed as “token blacks.”

Hamilton is certainly not one such token black in the sport. He is a winner, a people’s hero, spoken of in the same vein as the great Michael Schumacher

Hamilton is certainly not one such token black in the sport. He is a winner, a people’s hero, spoken of in the same vein as the great Michael Schumacher. Together, they are contenders for the Greatest Of All Time (GOAT) tag.

When the Black Lives Matter movement started, Hamilton joined and took the knee before each race. From a scarred past where he had to fight racial slurs, Hamilton finally had a voice and audience to speak against all isms.

Hamilton felt his work will be incomplete if he didn’t fight for the African Grand Prix to be included on the F1 racing calendar.  F1 has not held a grand-prix in Africa since the 1993 South African Grand Prix at Kyalami, the last of 23 races in the country. It was a well-attended event, with people of all races, from different social backgrounds, coming to witness the remarkable spectacle. They were beautiful scenes.

The African market, though, remains an untapped one despite the great potential to bring new eyeballs to Formula 1. You feel that F1 has missed the trick by not expanding in Africa, taking advantage of Hamilton’s image and standing in the racing world when the Briton was at the peak of his career.

The Netflix F1 documentary series, Drive to Survive, which takes the viewers behind the scenes has brought further impetus to an already growing market in Africa.

One can’t compare the US and African market in terms of the revenue that they can bring in, but a couple of years back, the US market was untapped. Ever since the US market was prioritised, the sport has attracted new viewers and a few more races have been added.

The Formula 1 hierarchy must prioritise the African market the same way they are doing with the US and this will not only bring diversity to the sport but help them to cash into a market that is screaming out to be tapped.

They already have a poster boy in Hamilton, who is willing to help the sport expand into his ancestral home, Africa.

Hamilton has brought in the casual African fan who was not an F1 fan before he started racing and winning championships. Now many Africans feel that they have someone that they can relate to and support in the sport.

In the digital era of hashtags, some in Africa have confessed that they weren’t F1 fans before the 37-year-old appeared on the scene. Hamilton, who loves interacting with his fans on both social media and off it has changed hearts and minds towards F1.

There are some Africans who used to love Schumacher and Ferrari but changed their allegiance to Hamilton and whatever team he drives for, from McLaren and now Mercedes.

The first step in tapping into this huge virgin market is taking F1 to Africa and having an African Grand Prix. Many African countries have been suggested, but Morocco and South Africa are the front runners. However, South Africa should be favourite to host the first F1 race on African soil since 1993. Hamilton is keen on having the South African Grand Prix back on the F1 calendar and Kyalami is his preferred track.

Kyalami is the only racing track in Africa that is a certified Grade 2 race track by FIA. This esteemed accreditation is a stage below the one that allows motor racing tracks to host F1 events.

Asked about which country he would like to see added to the F1 calendar, Hamilton was quoted saying: “The place that I really feel is dear to my heart and most important for me is to get a race back in South Africa.

“I think there is a great following out there and I think it would be great to be able to highlight just how beautiful the motherland is.”

Toby Venter, the owner of the Kyalami racing track, is a distinguished and respected motor business tycoon, a successful driver in his day. He will surely pull all the stops to make sure that Kyalami hosts F1 again.

However, the racing track has its critics who dubbed it boring because it had few straights that makes racing exciting.

In 2018, a Dubai-based business consortium, Feonirici LLC, managed to acquire a 500-hectares piece of land in Zimbabwe’s resort town of Victoria Falls, where they intend to build a Grand Prix circuit and try to bring F1 to Zimbabwe. Whether this will happen or not, it is the anticipation by the business consortium that the next stop for Formula 1 should be Africa and therefore they want build the infrastructure that can help them to have a share of the rich pickings that come with hosting motorsport on African shores.

When Zimbabwean-born Trackside fluid engineer Stephanie Travers beat other 7000 candidates to get the job at Mercedes’ F1 team and became the first black woman to stand on the F1 podium, it opened the world of many possibilities for both men and women of colour.

F1 now has to make a deliberate effort to grow the sport in Africa not only by hosting races on the continent but by having programmes that should identify young talented black people who can become F1 drivers, engineers and many other backroom jobs.

In the long run, an African Grand Prix without African drivers will mean nothing, therefore African drivers need to be supported financially as the sport doesn’t come cheap. For the sport to grow further in Africa, it’s not only up to outsiders. The governments must also play their role by investing in the F1 amenities and talented young drivers.

The Rwandese government has started reaping rewards in their partnership with Arsenal Football Club in their “Visit Rwanda” campaign and F1 has the potential to market Africa as a good tourist destination post the Covid-19 era. If indeed F1 returns to Africa with Hamilton still active and going for the record-breaking 8th world championship, it will be like the Rumble in the Jungle fight between Muhammad Ali and George Foreman.

Hamilton has transcended his sport and has become an icon who offers much more than just racing but a voice of the downtrodden. Therefore, his mere presence in Africa doing, what he loves best, cannot only help the growth of the sport, but more importantly help to highlight the issues of diversity.

Related Topics:MoroccoSouth AfricaSport
Up Next

Nomfundo Moh always believed she was a star

The Burden of the Writer’s Legacy