The Burden of the Writer’s Legacy
Advertisement 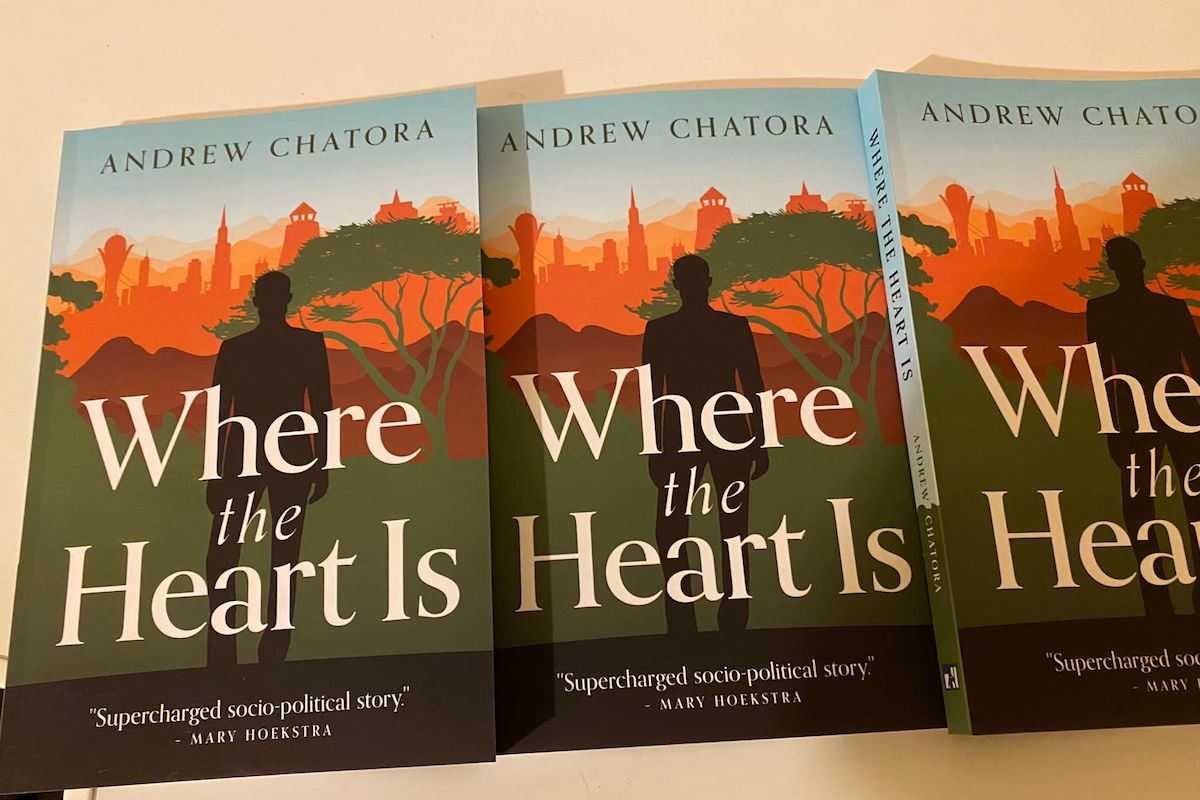 The questions that stare down at writerly existence include where I place myself in world literature. Does settling for a role as an African writer displace me from universal engagement with the human condition? What’s the narcissism of mapping the legacy I am about, compared to the narcissism of becoming a writer in the first place? Booker laureate Damon Galgut complicates my self-probing with the observation that, “Only when Britain has validated your achievement will you be taken seriously.” What space is available for me outside this “embarrassing and small-minded” formula, as Galgut goes on to describe it. As I mark the first anniversary of my debut novella, Diaspora Dreams, I reflect on my writing journey, and the African sensibility that runs through my writing, though I write about the migrant experience, and have lived in England for over two decades.

I am the inheritor of a proud tradition. If contemporaries don’t chase the ghosts of Chinua Achebe, Charles Mungoshi, Stanlake Samkange, Yvonne Vera and other makers of the great tradition, what are we doing here? But ambition opens the writer to a line of fire. Can a writer grow outside critical scrutiny? I am humbled that university students at all levels are already researching my first book for their theses. As a new writer, can I really ask for anything more than scholarly attention? And then, working within trend and taboo, I have to face up to the elephant in the room.

Chinua Achebe. Photo: Cliff/Flickr/Attribution 2.0 Generic (CC BY 2.0)/No changes made

I had to suck up a spirited current of cancel culture, following the release of Diaspora Dreams. I was demonised on my Goodreads author page for being misogynistic and twisted. I was called an inflated ego, a worshipper of white women, a homo-erotic who should sleep with his mother, and all sorts of somewhat unprintable compliments. Naturally, I have to think about writing and temporality. If I write within the fashionable standards of our Puritan tribunals, and sterilise life for a cultural dominant that places agreeableness over vulnerability, will my work survive the cultural shifts to come? I remember Namwali Serpell saying she was put up for cancel culture for a white colonial character who uses a racial epithet in The Old Drift. It’s incredible how much language must not be left unwashed these days.

To call out the racial prejudice and workplace bullying rampant in English classrooms, Diaspora Dreams has to weave into taboo

But I accept the cost for what must be said. To call out the racial prejudice and workplace bullying rampant in English classrooms, Diaspora Dreams has to weave into taboo and even set trolls on my tail. To create gendered parallels in which women are uncomplicated saints, I daresay, is the more obvious injustice. My treatment of the male psyche has also earned me the charge of being unhelpful to the feminist cause. A little nuance is all I ask for.

But all of this has prepared me for working in a contentious society. Do I find comfort in virtue signalling, play to the gallery, or appease sectarian interests, or do I work through my feelings, messy as life gets?

Like Comte, I want the immortality only letters can secure. I am about the overwhelming chaos, only preceded by sex, that writing is. I love how stories open windows into the soul and open into light that becomes too much. The pleasure of literature has always been taking one beyond themselves, so that even the writer gets more than they came prepared for. I want to publish work that encourages open conversation around the issues that matter to us.

But I find that pleading for universality is pleading for acceptance into the white’s blast radius. To write to the white gaze or to black sunlight, can this even the question? As a writer who lives far from home, do I write purely for Western consumption, to ingratiate myself with my white colleagues? We write so we push volumes? Really? I refuse to make myself agreeable for the commercial imperative.

As a writer who lives far from home, do I write purely for Western consumption, to ingratiate myself with my white colleagues?

I don’t even need to resort to conscience for this refusal. The charge, uyu atengesa uyu (this one has sold out) is a favorite among my African kin. And it just seems to stick for some of us who left home. We’re the “pleasers of white masters,” and “house niggers,” even if it’s only for our displacement rather than disposition. It’s a charge that followed Chenjerai Hove, at the hands of fellow Zimbabwean writers, beyond the grave. And I still doubt Zimbabwe has known a more conscientious writer since the people’s poet left the scene.

Living in post-Brexit Britain has only heightened the plight of non-whites working in England in an increasingly xenophobic climate. Race-hate crimes have escalated, with bigotry normalised by the establishment and sections of the British media. Those who question this endemic racism are dismissed as the woke brigade, a term now meant to throw out legitimate questions before they are asked.

Football, arguably the foremost spectacle here, has shown how black players in the English Premier League are not quite beyond racist attacks. The Euro ’21 aftermath was followed by a racist tirade against black England. The recent hysteria over the West Ham footballer Kurt Zouma’s unfortunate treatment of a cat created an unexpected opening for institutional racism against black stars, creating online reactions like, “We also love cats, don’t get us started.”

Maybe the question, following up on this, becomes, if people cared more about racism the same way they do with cats… by Jove! We would be somewhere, way, way ahead in our strides against racism as a global world. The longstanding misogyny and racism associated with London’s Metropolitan police is almost taken for granted, but it is also just a symptom of greater England.

Racism against blacks at Ukraine’s border, at a time of universal solidarity against Putin’s death machine, also leaves one asking if black lives are all that expendable? The West’s progressive traditions, from enlightenment to democracy, always seem to be supported by a principle of exclusion. Black people are not only unwelcome to these human rights but their expendable lives also negatively define the humanity of their white neighbours.

A day after the Brexit referendum results, a white friend of mine, a fellow teacher from Poland was brazenly told, “Go back home. You’re not wanted here,” by her students. I doubt things will become any better soon, and this is where narratives like Diaspora Dreams have to call institutionalised racism into question. We are not victims for documenting the inhumanity against us. We merely take the small step towards becoming owners of our own destiny.

Do we write to curry favour with a literary establishment, in England, that sees itself as the arbiter of African literature?

What subjects do you then write about in a world where the African diaspora continues to influence global culture? Do we write to curry favour with a literary establishment, in England, that sees itself as the arbiter of African literature? I agree with South African author Damon Galgut’s refusal to play into Metropolitan snobbery.

“It is embarrassing and small-minded,” Galgut says. “I hope the slew of prizes, even if they turn out to be accidental, will at least crystallise people in thinking around the idea that African writing should be taken seriously – long before Britain decides its literary worth,” adds the 2021 Booker laureate.

The beauty of writing is that no one can take it away from you. It’s a powerful, liberating force whereby one writes what they want without restriction. I find, when writing, that I’m in my own personal safe space where I navigate fluidly with no fear of failure or judgement.

I resonate with black feminist writer bell hook’s observation, “It is not simply a question of finding time to write – one also writes against time, knowing that life is short…that life is not promised – that it is crucial for a writer to respect time.” I find I’m writing and writing, mostly, as one never knows what’s behind the proverbial door. And therefore, the writer’s legacy becomes uppermost.

Maybe African-American icon Toni Morrison best sums up my writerly being-towards-death: “We die. That may be the meaning of life. But we do language. That maybe the measure of our lives.’’

And doing language is precisely the legacy I aim to bequeath to posterity through my writer’s pen.

A longer version of this essay was presented by the author at The Reading Shallow Tales Literary Event, an annual symposium of upcoming writers on March 22 this year. This essay, together with other pieces presented at the conference is curated in an electronic anthology that was published in April 2022.