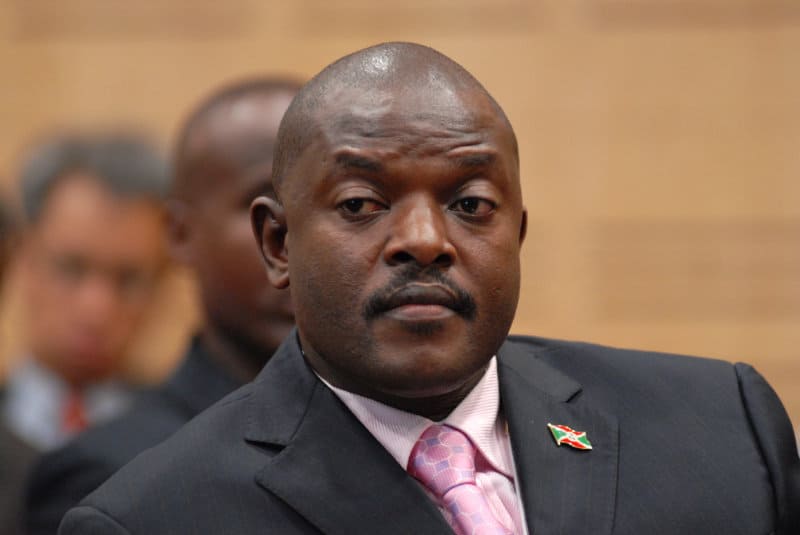 In old world auction houses, where ladies wear pearls, the floorboards are waxed to perfection and everything from Ming vases to Faberge cigarette cases pass hands, rows of bidders sit, ready to fight politely for a genre that is suddenly booming.

As hands rise and dip discreetly, indicating the commitment to move so many pieces of virtual currency from one owner to another, the goods being traded flaunt themselves from the stage. Colourful, these babies. Some happy, some sad, some hard truths, some elusive magic.

These items on auction are from the continent of Africa, and until fairly recently had hardly crossed collectors’ radars. A handful of enthusiasts collected traditional sculpture in particular, a genre that seems to inspire almost devotional love – the Russian ambassador to Kenya, for example, went back to Moscow with the aim of opening a museum there dedicated to the form. But modern and contemporary art? Not so much.

Until now. Now there’s a quiet explosion. There’s a growing inclination within Africa amongst the wealthy to collect art made by artists from within their culture, and there’s an increasing realisation in Europe and America that African modern art can offer quality and diversity.

Bonhams is one of the UK’s longstanding auctioneers. They’ve been selling contemporary African art for six years, and say that their Africa Now auction this May was the strongest ever, setting 21 new world records for prices raised for African art.

Victoria Eaton at Bonhams says: “Sales have been driven by an interest in Africa. Some say it’s the ‘next big thing’ in the art world and a realisation that African art work not only is high quality, but is of growing value, especially in Sub-Saharan Africa.”

For a traditional British auction house like Bonhams, it’s clear that selling contemporary and modern African art isn’t necessarily a labour of love – it’s just that it is now clear that these pieces can and will sell.

For Ed Cross, it is more of a passion. Based in London, Cross has specialised in African fine art for years and won’t mince his words about the newfound love for it amongst collectors.

“The market is still smaller than many people might suppose – it is growing daily but from a low base… There are artists who I won’t name who have had massive media coverage and whose sales don’t yet reflect this. Part of the problem is a racist tendency amongst a minority of buyers who think that African art should be haggled over and sold for peanuts.”

But he stresses that he thinks that this year has indeed been a tipping point for this area of the art market. “It’s the depth and volume of curatorial initiatives and artistic production that is now achieving critical mass. This is driven by the rising economic fortunes of the African continent and in particular patronage from the Nigerian banks.”

“Coins On Grandma’s Cloth”, El Anatsui (Ghana, 1992). This piece of West African modern art raised GBP30,220 at auction last month when it was sold by online auctioneers The Auction Room. Another piece by the artist opened the British Royal Academy’s Summer Exhibition.

But then, what does African modern art mean? Art from the whole continent? Sub-Saharan? Does it fit in with Western concepts of what constitutes modern art? What is traditional and what is modern? Are there definitive differences, or is it all in the eye of the beholder or the cataloguer? Must it be from Africa itself or the diaspora too? If it’s from the diaspora, must it include African themes? Ed Cross agrees that African art is “in some sense a dubious and far too general label”.

“Some artists sell very well locally but their work doesn’t travel well – others hardly sell at all in their own country (e.g. Wangechi Mutu) but have works fought over in New York. Artists like El Anatsui could sell as well in Lagos as in London, and at similar prices. [Yet] an artist like Elias Sime produces astonishingly complex and ambitious work that for now at least is mostly just seen in Addis Ababa.”

“Collectors have different motivations – some want to bask in reflected cultural glory, others want decorative works. Others (the types that really interest me) are solely interested in finding profound and brilliant bodies of work that happen to come from Africa.”

Within this very general label, what trends are particularly strong? According to Bonhams, the Nigerian market is extremely strong, with buyers taking an interest in local talent, and Angola is seen as a potentially strong emerging market.

An artwork by Wangechi Mutu

Cross agrees that Kenyan art is suddenly coming to global attention too. “Kenyan art is most definitely going places. Artists like Peterson Kamwathi and Anthony Okello [for example] are finding receptive global audiences for their important and exciting work.”

Certainly the Circle Art Agency auction earlier this month in Kenya raised many eyebrows, with some pieces going for three to four times the estimated price. On the more experimental side, Kenyan multimedia artists Miriam Syowia Kyambi and James Muriuki, who had a recent residency at the Wellcome Collection as part of a global health and culture initiative, are widely tipped as ones to watch.

Circle Art’s Danda Jaroljmek says that East Africa is still really the unknown region in African art, but that the market is growing. “The economy is growing, and art follows business…There’s a curiosity, people looking for the new thing.”

The artists have been there for a long time, she says, but with a growing appetite for their work, the challenge is to identify the right pieces for the right platforms, whether auction or sale exhibition. Clearly Circle achieved this, as they raised some USD217,000 from their inaugural auction.

“It’s a completely new format here,” says Jaroljmek. “The artists were excited about having another platform to show work… We had some of the artists from the auction in the audience and they had huge smiles on their faces at the end of the night.” Even artists who were not in the auction came to express support for what they see as a move that will strengthen Kenya’s art scene.

‘Orders from above’ by Anthony Okello

While art auctions of contemporary African art are growing in regularity, another approach is the art fair. 1:54, a collaboration between investor Touria El Glaoui and architect David Adjaye, staged the first African contemporary and modern art fair in London last month – a relaxed, intimate event with strong fine art curation. (The 1 represents the African continent and the 54 its constituent countries.)

Spokeswoman Gabriella Beckhurst says: “1:54 was born out of two emotions: a love for contemporary African art and an adjacent frustration… The marginalisation of artists of African identity working across Africa and the diaspora still prevails on the contemporary art [scene] and international art fairs, unfortunately. Our agency has always been to create a platform for contemporary and modern African artists, and this is what we shall continue to do in future editions.”

What about the artists themselves? Kenyan painter Peterson Kamwathi, who has had work featured in many international auctions, says that he has no doubt that he is selling much more work as a result of the increased interest in African contemporary art on the continent and internationally.

But he stresses that the artists themselves have very much earned this interest. “I cannot give a definitive reason as to why this is the case, but I will venture to say that the courage and confidence with which the artistic community is interrogating itself and the society it exists within is a big part of this visibility. The awareness that we are fully capable of defining ourselves and our place within the global structure. I believe that this is not just limited to the arts.

Mozambican photographer Mário Macilau says that the artists will continue to create art regardless of the market. “From the beginning we had to learn how to deal with our own works with money or not, with education or not… Most African artists are self-taught and this market is invisible [for them], but it exists for those who work hard. African art is emerging and is the future, it’s like we’re going back to our origins as humans.”

Macilau thinks that African art might be somehow an antidote to the disengaged conceptualism of Western art, which he ties in with the fragmentation of society there. “Representing our work in the West doesn’t force us to change our style, to lose our vision, to disrespect our identities and culture.  It can be a good opportunity that can help both sides, the West and Africa.”

For him, the money from a sale enables him to carry on with his work, but the most exciting thing is getting his work (aimed at provoking social change) out into the wild.

“You sell an art work to some collectors but the truth is that the artist is the one who is buying the attention, the space where that work will be.”

You want to buy a piece of African contemporary art. Where do you start?

Ed Cross: “Look for the artists whose prices are still affordable and who have a coherent and profound vision, dedication and a perfectionism when it comes to technique – whether that be throwing paint at walls or creating video art.”

Victoria Eaton: “As with buying any art, you have to be led by your heart and not your head. You must enjoy the artwork. ”

Gabriella Beckhurst, 1-54: “The notion of ‘African art’ remains complex and as a monolithic term can be overwhelming, so I would advise to start by looking at a region one feels drawn to, and to research, research, otherwise one is likely to be led to the same coterie of names, and leave out many fascinating and talented artists.”

When will I have the chance to buy pieces at auction?

Who taught you to hate your [dark] skin?

Writing Invisibility: Conversations on the Hidden City – Why sex workers should be recognised as feminists, and other thought-provoking essays