What is the place of creative writing workshops?
Advertisement 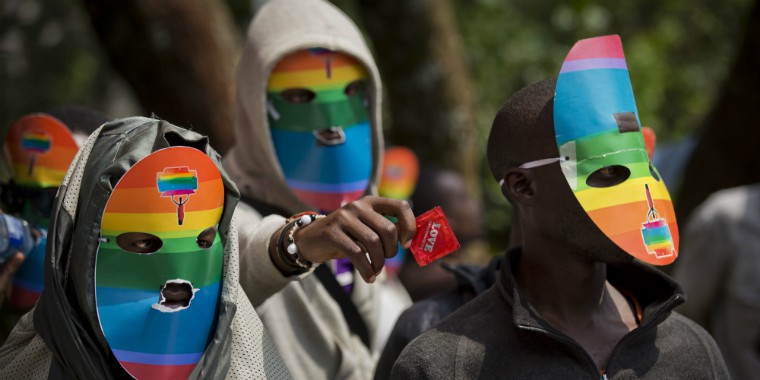 Writing, they say, is a very solitary activity and writers are renowned for their quest for that lonely room with a window-side-desk-and-chair, behind which they can sit and let their imagination run wild. They also say writers are born, not made. But the solitary nature of writing and the inborn talent that many a writer claim do give way to the need to mingle with like minded people, to learn from the experiences of those who have gone before them and to get feedback.

One question that has been asked of me, as an alumnus of the Farafina Trust creative writing workshop and one I experience some difficulty answering, is whether creative writing workshops serve the need mentioned above. The reason I struggle for what may be considered the right answer to this question stems from the fact that while I learnt a great deal and saw some improvement in my output after my stay at the workshop, I know many people who produce great writing, but  have never been to a creative writing classroom.

However, that is my take and it is rather subjective. To get a better handle of the issue, I put the question to four fresh graduates of the Farafina Trust Creative Writing Workshop during the literary evening that marked their graduation. These writers, fresh from two weeks of intensive classroom instruction from four knowledgeable facilitators (Nigerian author and COO of Farafina Kachifo, Eghosa Imasuen; Kenyan writer and founder of Kwani, Binyavanga wainana; Nigerian author and avowed feminist Chimamanda Adichie and Norwegian non-fiction maestro Aslak Myre) all agreed that they derived some benefit from the workshop.

First of all, you don’t need it to be a writer, but it adds to what you already have.  Nobody gets into one without already being a writer. How do you get in? You submit work, it is read, it is accessed, and they see it is something that can be built on, that it is not just empty writing. Secondly, it is very important for networking. If I want to do something in Nigeria, now I have the right people to help me and that’s expanding of the market. Thirdly, you get to experience other cultures. For example I bought the beautiful bead I am wearing in the market here today, I don’t think I will get something like this in Nairobi (laughs). Anyway, that exposure is great for a writer, intellectually and otherwise. You know, writers write in isolation and think the problems they have are unique to them, but in a group like this, you meet people who have the same passion, and that is fantastic in itself.

This is my first time ever applying for any kind of workshop. All I can say is that it was liberating. That’s the best way I can describe my experience. Working as a speechwriter has been, well, I won’t say mundane, but very much same old same old. You know, you put on your serious face and write those seriously worded speeches. Coming here (to the workshop), I’d always felt that writers never really have any fun, even the writers I had interacted with before all have this serious, intellectual stuff face, but I wanted to have fun and be able to write what I like and I got that here. I recall telling a friend that I don’t know how I can go back to work after this. I’ve made bonds and friendships here which I am sure will carryover beyond this workshop. It was good, I learned a lot.

Anosike is in the foreground of this picture.

I do write, but I don’t like calling myself a writer because I think I rather stick to being called a storyteller because I do not actually sit in front of my computer and write because I am a lazy writer.

I am so glad I came for the workshop. It’s such a good project, and the fact that Chimamanda takes time out to be with us all the time made it all the more amazing. Also not forgetting Binyavanga, Aslak Myre and Egosha Imaseun — fantastic facilitators. We even had classes on Sundays. That shows you that she’s here for business, not just to put up a show on the last day and say, ‘look, my workshop participants’.

I just wish we could have more of that. At the workshop we were encouraged to harness the aspect of writing that we feel most strongly about. We came to realise that not all of us will become novelist of fiction writers, so we were encouraged to go into speech writing, script writing, and define yourself in it. This is such an amazing platform and I just hope it continues.

I think writing workshops are necessary for a writer to at least attend one, because you learn a lot, you learn so much. I recommend one for every aspiring writer.

‘It makes a good writer better‘-Kenechi Uzochukwu, writer and editor

Kenechi Uzuchukwu is at left of the picture.

I believe that the craft of writing can be taught, because I believe it is one thing to have a story to tell and another to know how to tell that story. As a writer, you need to know the rules, because there are rules to writing. You may not follow these rules, but you have to know them. I think writing workshops will make a good writer better.

As creative writing workshops go, I think the Farafina workshop is excellent. I see it as a place to get connected. People have left this workshop to do greater things. Thirty of us attended this year’s workshop. Sure, a few will stick to writing but for those who continue, this is actually a very big advantage because you now have truth tellers that will read and critique you before you face publishers.

Writers will read like writers, as such, their take on whatever you draft is important. For me and for many other people, this is where we come to get that connection with other writers.

In the good old days when African culture was…

One week of Africa in pictures