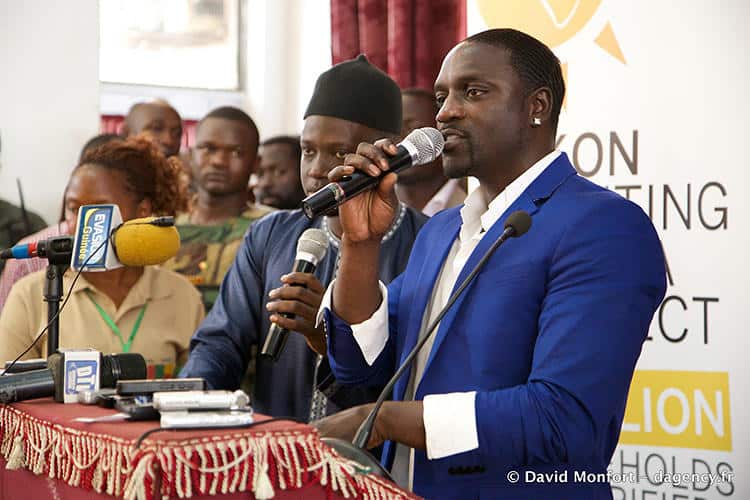 Senegalese born hip-hop musician and entrepreneur Akon says his goal of bringing electricity to 600 million people across Africa through his Lighting Africa project is on track.

Akon who recently attended the Global Entrepreneurship Summit in July hosted by Kenya along with U.S. President Barack Obama spoke to the BBC and said his original ambitious goal was to target a million people. “We accomplished that in less than six months and now we are currently in 14 countries. I think it will be possible in the next seven years from now”.

The project has a 10-year plan to electrify as much of Africa as possible and the respective governments are participating. Akon says the target can be met.

Asked how his organisation chooses which country to provide the service, the artist-cum-businessman said they provide the service where it’s mostly needed after conducting research and meeting the respective presidents and the energy portfolio ministers. The energy ministry “gives us a scope of what’s necessary, what’s needed and what’s urgent [and] we come up with a plan and propose what works for that country, ” Akon said.

Akon says the selected countries are not expected to provide any initial capital. “We come with the pre-financing…[We] finance a project and then allow them to pay in instalments. So that way they can utilise that money [allocated energy budget] in areas that it’s actually needed outside of electricity,”

Economic growth in Africa continues to be affected by unreliable energy and persistent power cuts. Akon noted that the erratic energy supply on the continent hinders manufacturing and job creation and there cannot be any meaningful development without reliable energy supply.

“All Africans have to come together, we have to unite. Pull all our resources into building Africa, even to the point [where] we have to start banking in Africa because we have to build our financial economies,” Akon said.

Check out his video interview with BBC Africa:

To quote Khaya Dlanga: an interview

#Mollis and the myths behind bad sex and rape culture