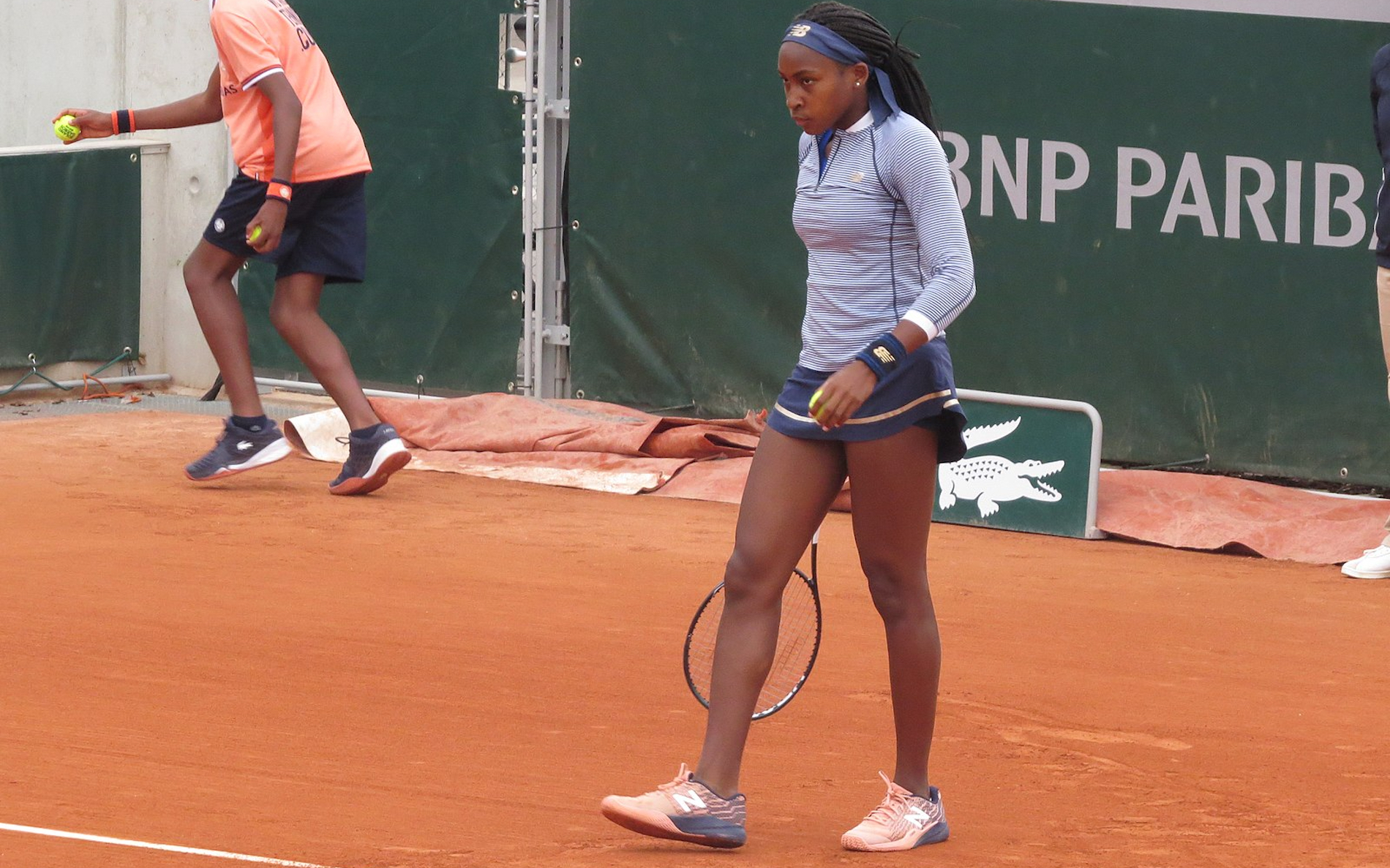 Cori “Coco’’ Gauff joined Tennis Royalty in a thrilling comeback win over Polona Hercog 3-6, 7-6,7-5, stellar performance, which showcased the commencement of a brilliant promising career ahead. The teenage sensation is undoubtedly an inspiration. We all love a beautiful story, we root for the underdog, and the Coco Gauff resurgence at Wimbledon 2019 is no exception. Coco’s narrative is an alluring story of triumph reminiscent of Leicester FC winning the English Premier League title against all odds in the 2015/16 season.

As Cori Gauff, nicknamed ‘Coco’ etched her name in Wimbledon folklore, I am forever grateful, I was present to witness this unfolding piece of history at Centre Court. After the epic win, as TV pundits and other commentators fell over themselves in sanctimonious fashion, admonishing against society heaping extreme pressure on the shoulders of a 15-year-old teenager, (drawing on past examples of ‘fallen’ child stars), I found myself rabidly disagreeing with this notion. Surely, had Coco not just shown us phenomenal energy and resilience, saving two match points in the second set, and twice coming back from behind to subdue a tried and tested maestro as Hercog? Far from being a one-off sensation, in Coco, I see a future Tennis legend being born here, one who will be an inspiration to posterity, particularly the youngsters and for that she deserves our support.

With such a stellar performance as seen last Friday, Coco joins the ranks of Tennis royalty, i.e. Martina Hingis, Martina Navratilova, Steffi Graf, Monica Seles and ‘supreme’ Serena Williams among others. As if to validate Coco’s rising star, Martina Navratilova was gushing in her eulogy of Coco, in a post-match interview with the BBC Sports, characterising Coco as a natural, who will certainly, ‘transcend the game,’ of tennis.

Centre Court is known for its aura and unparalleled melodrama, a place of mixed fortunes, a “boiling cauldron” in Shakespearean parlance, a fortress for the tried and tested Tennis greats. Perhaps, in equal measure, the proverbial ‘slaughter house,’ for the uninitiated or those wet behind the ears. But not so for Coco Gauff, the fifteen-year-old American school girl who, came out guns blazing, twice leapfrogging behind from two sets to claim a hard-fought victory over seasoned Polona Hercog beating her 3-6, 7-6, 7-5. Playing dazzling Tennis, Centre Court and the global television audience were wowed and mesmerised as Coco wrote her story on the Tennis world stage last Friday afternoon. The same limitless energy which had seen her trounce Magdalena Rybarikova and  5-time champion Venus Williams in the opening round  was in full display mode, once more, as the prodigy belted one shot after the other in the sweltering British summer heat, squaring up to the pulsating duel with worthy opponent Polona Hercog. When the chips looked almost down for her, Coco tapped into her resilience by emerging out of a gripping tie-break, taking the contest into a third hour.

What a day 🤩😴@Wimbledon pic.twitter.com/8O3vjMT9oi

It was a long drawn out and well-deserved victory on Centre Court for the American sensation Coco, as she valiantly battled not only to contain but to overwhelm a veteran star and opponent in Polona. Coco’s parents, Corey and Candi Gauff deserve equal recognition as they were constantly in tow cheering her on exuberantly; in a multitude crowd which included other tennis greats, past, present, wildly rallying on the future as epitomised by Coco, and they could barely suppress their adulation for the underdog. Rafa Nadal and Roger Federer both came out to offer moral support and words of wisdom to the teenage sensation after her win. The poignant irony is not lost in the case of Nadal, who also made his debut on the Tennis scene as a teenager, winning the first of his 12 French Open titles a few days after his 19th birthday. What is remarkable from Coco is her phoenix-like rise from the ashes which saw her masterminding a stunning comeback from a set and a 5-2 down and saved two match points to clinch victory against Polona. She certainly demonstrated she is made of sterner ‘stuff’ as she nonchalantly fired off blistering serves and masterful backhands to her opponent.

The 2 hours 46 minutes marathon contest was certainly not without drama as it was punctuated by a roaring Centre Court crowd blatantly partial for their hero who buoyed on by this show of approval ratcheted in the serves and acrobatic backhands, forcing the experienced Slovenian, to take a bathroom break. However, Polona was certainly not going to give Coco an easy ride as following the medical break, the former had to dig in her wide repertoire of experience which saw Coco floundering, and at one point the duo were level at 4-4. However, Gauffe’s resilience and elasticity carried the day as she relentlessly refused to give in, and she hit two aces to jump ahead again at 5-4. From then on, it was nervy moments galore, with Polona held at 5-5, though the nerves eventually failed the world’s number 60 and Coco capitalised on her opponent’s catalogue of double faults and a missed forehand to romp home to victory.

Thanks for all the surreal messages and fan support! It has been a dream week. Let’s keep it rolling @Wimbledon 🙌🏃🏾‍♀️👏

How Coco managed to maintain her composure after the match is testament to her great mettle and a bright future ahead. In addition, the modest manner in which she gracefully acknowledged her opponent Polona in the post-match interview, signing autographs from the adoring fans bodes well for the Tennis prodigy in town.

Whatever critics may say, as Coco anticipates a quarter final duel with last years’ first-time grand slam winner, Simona Halep, there is little doubt Coco has made significant strides already and left an indelible signature mark on the sport. We wish her well as she faces seventh seed Simona Halep on Monday for a well-deserved place in the quarter-finals, and as in the 2015/16 Football season when Leicester FC upset the odds in English Premier League history, we can dare to dream and anticipate this year will be Coco’s to ride out her dream and clinch her debut Grand Slam title at Wimbledon. Bravo! Go girl, you rock.