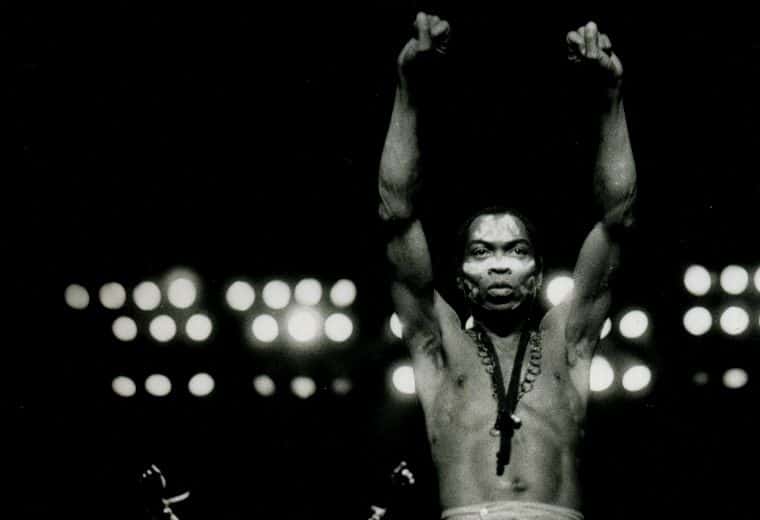 Black American music has influenced popular African music for the last half century. Black Americans have created cultures that people all over the world emulate. Popular music has been on a long Black American influenced continuum, from jazz to soul/r&b to rock to funk to disco and everything else in between. On that continuum, we are currently at hip-hop. Many African musicians amalgamate indigenous and western cultures.  Memela’s umbrage over hip-hop eroding African cultural anchors reads more like a personal disdain for hip-hop than an actual critique.

The most egregious part of Memela’s screed is this quote, “The over-celebration of local artists who blindly mimic Jay Z, 50 Cents and Ne-Yo, for instance, is one of the most dangerous phenomenons that threaten to extinguish the flame of Pan-Africanist self-determination.”

Even if this were true (who’s mimicking “50 Cents” or Ne-Yo in 2014?), how can this be one of the most “dangerous phenomenons” threatening to extinguish Pan-Africanist self-determination?

Pan-Africanism died with the pan-Africanists
Where is this Pan-Africanist flame anyway? Our elders certainly aren’t fanning that flame. Our Pan-African leaders like Lumumba, Nkrumah, Sékou Touré, Kenyatta, Joof and Sankara are dead and their mind-set died with them. Many of our elders didn’t pick up their slack. Instead, they suckled at the teat of western hegemony and colonialist ideals. Given an honest assessment of the continent, the truth is that the Pan-Africanist flame Memela speaks of was extinguished a long time ago. Hip-hop cannot threaten that which does not exist.

What extinguished Pan-African congruity are ethnic conflicts, human rights abuses, war, leadership controlled by former colonial masters, IMF/World Bank exploits, foreign multinationals controlling our resources, intermittent electricity, abysmal infrastructure, subpar healthcare and poor education. Some African nations are now imprisoning LGBTQ individuals for merely existing. What’s Pan-Africanist about imprisoning vulnerable Africans? Most of our elders never practiced Pan-Africanism. Lambasting the youth and hip-hop for threatening to extinguish the flame of Pan-Africanism in spite of all this is absurd. Did young people raise themselves in a vacuum?

Young Africans don’t know their history because they not taught it at school. That’s why many have no idea Africans fought and died in World War II.

Memela talks about young Africans disconnected and alienated from African identity, but is anyone teaching them about it? In Nigerian schools, Shakespeare and Dickens are always in the curriculum, but most of our literary greats – apart from Achebe – are not. I was recently reminded of Amos Tutuola on tumblr. The first time I heard about Tutuola’s The Palm-Wine Drinkard was in the US when a white teacher told me about it. Why isn’t Tutuola required in Nigerian curricula? Why isn’t he taught far and wide all over Africa?

Large swaths of African history aren’t part of African curricula. How does one expect young Africans to have Pan-African ideals when they aren’t taught about their history? Something as recent as the Biafran War that ended in 1970 is not taught in Nigerian schools. How can your civil war not be part of the curriculum? Nigerian youth don’t know that Nigerians fought and died in WWII. It’s easy to castigate, but many in the older generation never put the mirror on themselves. Similarly, many elders get upset that their children can’t speak native languages. Those same elders sent them to schools where English or French was the lingua franca. Why wouldn’t the native languages be foreign to their children? Despite their complicity in the rejection of their children’s connection to Africa linguistically, they blame young people and not themselves. This is analogous with someone saying hip-hop threatens to extinguish Pan-Africanist flames.

Fela Kuti: shunned pan-Africanist
One celebrated Pan-Africanist is Fela Kuti, but it wasn’t Nigeria (or any African nation) that dedicated a play in his honour. From literature to the arts, outsiders are the ones who tell our elders that their sons and daughters are magnificent. Our elders don’t acknowledge this greatness unless white people do. Many of them only measure greatness by their child studying law or medicine in a prestigious university, preferably abroad. If their child told them they wanted to sculpt art, design clothes, play music, write, study poetry, become a photographer or do anything not in the trajectory of a “respectable” western education, most would disapprove. Who is extinguishing the flame of Pan-Africanist self-determination again?

With regards to “anti-African” hip-hop being promoted, need I remind Memela that young people don’t control radio stations and the media? Fela himself rarely received radio play. Elders claim to love him now, but I remember the harsh words many had for him when he was alive. He was considered disgraceful. They looked at him as merely a marijuana smoker and a fornicating deviant. His dancers and wives were slut-shamed. They were considered to be of ill repute. They were called “un-African”. Now they call them “African queens”. Does the older generation have collective amnesia?

Today, hip hop artists like Ghana’s Blitz the Ambassador typically rap in a mix of pidgin, English and native languages.

A lot of current African hip-hop is not to my liking (too much auto-tune), but anyone calling it largely “anti-African” isn’t really paying attention. Most of these artists, including the commercial ones, rap in a mix of pidgin and native languages. Years ago, going to African parties meant only listening to western music. Today, an African party means African musicians. Young people created an industry that is defiantly African despite pressures of western assimilation spurred on by the older generation. That is self-determination.

There are legitimate criticisms to be made about some African hip-hop, like the preference for white and light-skinned women in videos and the gratuitous displays of ostentatious lifestyles. Memela doesn’t broach that. Instead, he maligned young people and rambled about “anti-African” hip-hop extinguishing Pan-African self-determination. While Memela looks out his window for falling African skies due to “anti-African” hip-hop, we’ll be listening to Blitz the Ambassador, M.anifest and Baloji. They are proud Africans and unapologetic hip-hop artists.

Related Topics:African music
Up Next

Made in Africa: how much do we value this label in fashion?