Lupita Nyong'o says 'Colourism is the daughter of racism'
Advertisement 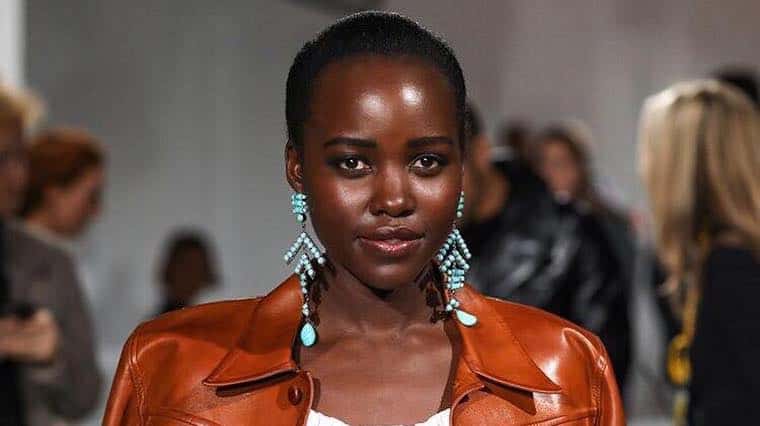 Recently Oscar winning Kenyan actress Lupita Nyong’o spoke on her experience with colourism as a dark-skinned woman. In the interview she described colourism as “the daughter of racism”, explaining that she was once told at an audition that she was “too dark” for television.

While promoting her anticipated children’s book, Sulwe, Oscar winner Nyong’o said in the interview that there were similarities between her experiences and that of the character she created.

“This is a very liberal and one could say magical version of my story. I definitely grew up feeling uncomfortable with my skin colour because I felt like the world around me awarded lighter skin.”

She went on to speak about colourism manifested around her and made her feel, “I once auditioned for TV and was told I was too dark to be on television.”

Nyong’o added that she not only experience it in the world around her but also in subtle instances at home as well, “I had a younger sister that was born 5 years after me and she was a lot lighter and so she got called pretty and beautiful and all of that. She was praised for the lightness of her skin in a way that I don’t recall being praised for the darkness in mine.”

This is 5-year-old me. I reflected on this little girl's feelings and fantasies when I decided to write my children's book, #Sulwe. With this book, I wanted to hold up a mirror for her. Here's why: pic.twitter.com/KsivFjWl7X

Explaining how she views colourism as a whole Nyong’o said, “Colourism is born of racism. It is the daughter of racism and so from a world that rewards lighter skin over darker skin this then becomes a prejudice among people of the same race.”

She expounded on how this was evident despite her African upbringing, saying “You can experience colourism in a world that doesn’t necessarily confront racism as directly as my experience in Kenya where we are predominantly a black society and yet we still ascribe to these Eurocentric standards of beauty that then affects how we see ourselves among ourselves.”

Colourism: the root cause behind skin bleaching

How did colourism find its way into African society and what are some of the ways it has pervaded the standards of beauty?

Yaba Blay, PhD, a professor at North Carolina Central University who teaches black body politics and gender politics shared in a piece she wrote for Ebony that, “When we start looking at skin bleaching across the world, particularly in the African diaspora, we see skin bleaching exploding around the time of independence, which is a bit ironic, right? But that was about the colonial powers and colonial countries using commodity racism—they were using whiteness as a way to sell products.”

She explained how the export of whiteness as the ideal beauty standard was a marketing tool, “At the time of so-called ‘independence,’ these European countries are flooding their colonial places with their products and using whiteness as a way to sell the products. People were attempting to gain some level of power and privilege that’s associated with whiteness, and they started bleaching their skin in the ’50s.”

Outside of Nyong’o other African women have shared this very real social form of discrimination. Senegalese supermodel Khoudia Diop, shared with Byrdie that for years she hated her skin colour because she was “so dark.”

Diop said to the publication that she’s been privileged to have a role model, “I look up to my mother because she’s the only person in my family who did not bleach her skin,” she says. “Skin-bleaching products are popular in my country because the notion is that lighter skin is beautiful. My mom is a woman who respects and loves herself and did not surrender to any beauty standards.”

Many African countries have begun the process of banning bleaching products as a way to dispel the scourge of colourism that encourages and glorifies self-harm. By acknowledging that colourism is a vestigial of colonialism and working to find more representation of African beauty standards in the media for ourselves, society can slowly free itself.

Colourism in Africa is programmed self-hate that we no longer should ascribe to or pass on to future generations.

The trials and joys of travelling in overloaded malaichas to Zimbabwe