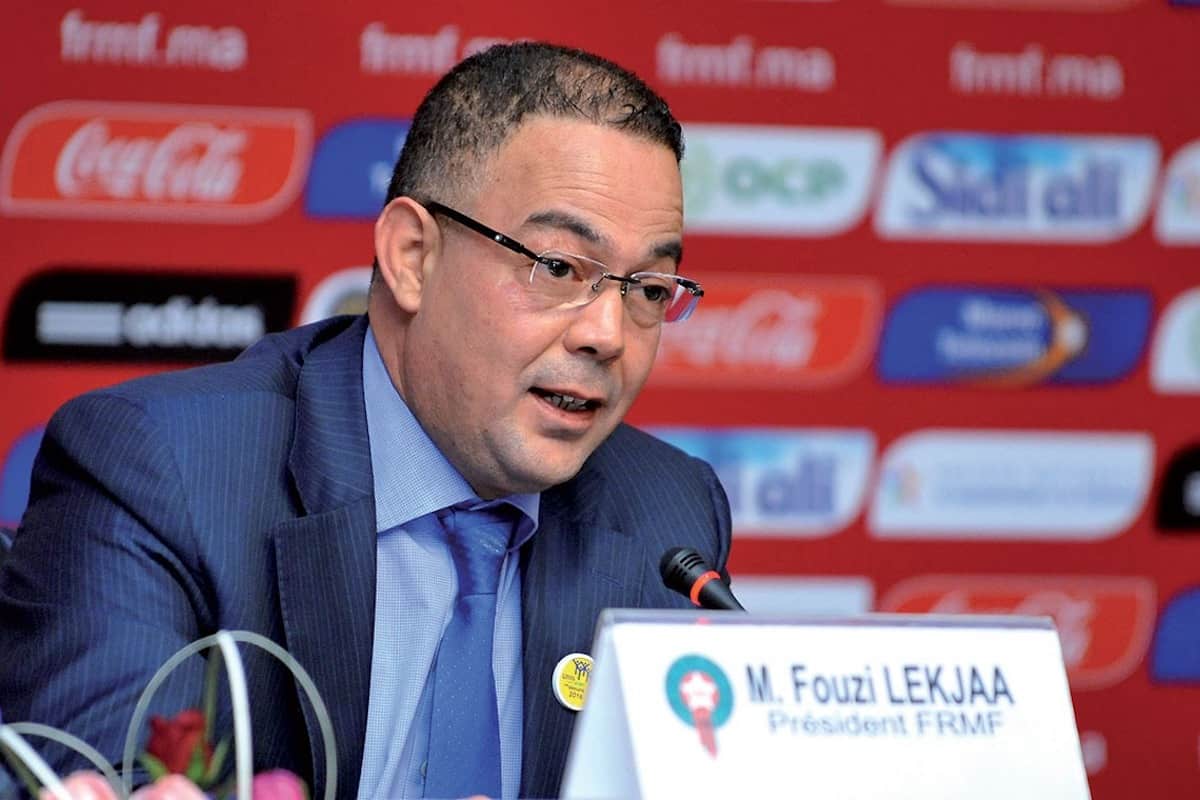 Morocco has been ranked at the top of the Confederation of African Football’s recently submitted new ranking of member associations, with 180 points.

The ranking is based on the performance of member association’s representatives in the Total CAF Champions League and Total CAF Confederation Cup over the last five year period.

This is the first time in history that Morocco reaches this level in CAF’s rating of its associations with regards to performances in the prestigious club competitions.

This achievement would not be possible without the great strides made by the Moroccan Royal Federation of Football (FRMF).

Since being elected as FRMF president in 2014, Fouzi Lakjaa has rendered full support to all Moroccan clubs participating in continental competitions.

In 2015, Moghreb Athletic Tetouan reached the group stage of the African Champions League for the first time in the club’s history, claiming the scalp of continental giants Al Ahly of Egypt on their way.

Moroccan clubs have generally consistently done well in Africa since Raja Casablanca conquered the continent in 1999 by winning the Champions League.

In fact, Raja have been crowned champions of continental titles three times. After the 1999 feat, they have reached the semi-finals in 2005 and the group stage in 2011.

Raja’s Moroccan rivals, Wydad, we losing Champions League finalists in 2011, having gone up to the group stage in 2007.

With Lakjaa’s new strategy since 2014, reaching the group stage of the Champions League is no longer considered to be the biggest achievement.

The Moroccans could do even better every year, especially with Wydad reaching the semi-finals in 2016, and winning their second historical title in 2017 to become the first Moroccan team to achieve the feat since 1999.

Difaa El Hassani D’El Jadida is another good example of Moroccan teams who have benefited from Lakjaa’s new strategy. In their first participation in the Champions League, the “Doukkala” reached the group phase.

During the current season, Moroccan football had done even better. Both Wydad and Raja are in the semi-finals of the Champions League.

In parallel, the performance of Moroccan teams in the second major continental competition, the CAF Confederation Cup, was extremely good during the past five years.

FUS of Rabat reached the semi-finals in both 2016 and 2017, while Raja was crowned the title for the second time in their history in 2018.

Renaissance Sportive De Berkane surprised in the Confederation Cup, reaching the quarter-finals before going all the way to the final last year.

This season, they are in the semi-finals alongside another Moroccan team, Hassania D’Agadir.

Hassania D’Agadir could perform better this year in the same competition by reaching this stage, while they were stopped at the quarter-finals of the same last season, while Kawkab de Marrakech’s journey in the Confederation Cup ended in the group stage once in Lakjaa’s term.

The president’s support of clubs included offering private jets each time they had to travel somewhere in Africa. The FRMF would also take care of all club flights in case they prefer not to travel by private jet.

Not only that, the FRMF also took care of all the clubs’ accommodation and food in Africa, for only one goal, which is raising the Moroccan flag.

Lakjaa has always stressed on the good governance of Moroccan football. “Financial support and financial control” has been words he has used consistently. This is absolutely necessary, because of the amount of money being channeled towards clubs in Morocco. More than US$600 000 is being allocated to each club in the first division on a yearly basis, from television broadcasting rights revenues.

Under Lakjaa’s presidency, Moroccan clubs have made record profits. Wydad, for example, have reached a record US$11 million profit.

Certainly, teams like Wydad, “FUS, Renaissance Sportive De Berkane, or Raja would not have achieved bigger profits if there was no improvement in their performance both locally and continentally. They were able to attract the best players in the country and in Africa each year because of improved financial situations under Lakjaa’s leadership.

Infrastructure has also been an area of priority for Lakjaa.

A huge budget was spent by the FRMF on improving the quality of pitches and venues in general in different cities of the kingdom.

Also, a significant budget was allocated each year to all clubs in the first division of the Moroccan league to have their training centers equipped at all levels.